Top Tips for Renting an Apartment in Bangkok

Why Rent an Apartment in Bangkok

When was planning a visit to Bangkok, it was at the end of four and a half months into a a year-long backpacking trip around the world. I had already been travelling for 5 months through India, China, Vietnam, Cambodia and Laos and had been, to be frank, slumming it all this time.

I was not looking forward to the heat and the chaos of a big, bustling metropolis and finding my next basic but adequate hostel. Basic and adequate would normally be fine, but what I wanted was a little comfort. And I wanted to stay a little longer and make myself comfortable. I wanted to completely empty my bags, wash all of my clothes, iron them, and put them away neatly in drawers. What I wanted was to stay for a few weeks in the Thai capital and get a feel for what it's like to live there.

Where is Bangkok Located 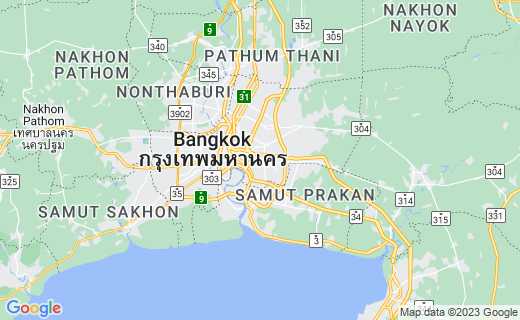 What do you think of Bangkok

I broke from my normal habit of booking a cheap room in a hostel and instead paid a bit more for an apartment in Bangkok, as I was looking to stay for a full week and I thought this would provide good value for money - which it did. I rented the apartment from a company called, 'Bangkok Living'. It had air-conditioning in all rooms; cable TV with English channels; a fridge, a kettle, a toaster and a microwave. Needless to say, the apartment had its own bathroom with a shower that actually had hot water! In a word, it was the perfect place in which to relax and enjoy my stay in Bangkok.

This is not the kind of stay in Bangkok that would immediately spring to mind in many people's heads. My week in city does not include all night drinking sessions; there's no late-night liaisons with women with strangely masculine facial features; no impulsive tattoo decisions; it's not a week in the Hilton; and there are no ping pong balls involved. All of the above exists in pockets of Bangkok for sure. But it's unfair to say that this is an accurate representation of the Thai capital. I opted to rent an apartment on a short-term basis and unwind for a few weeks and see how the real people of Bangkok live in a real local neighbourhood.

I found an apartment in a residential area located several kilometres outside of the main centre of Bangkok, in the Phayathai neighbourhood near the Bang Sue railway junction. There were no tourists in this neighbourhood so it's an opportunity to live among the locals and live like locals. For me, this was the best area to stay in the city as it suited all of my needs at the time. There was a big 'Big C' supermarket maybe 10 minutes' walk from the apartment, which housed a good-sized food court on the lower ground floor where we could sample a variety of cheap tasty dishes. Taxis run along the main road towards Big C all day and they're also very cheap.

However, I was always happy to take the walk from my rented apartment as it meant I could get my daily fix of mango sticky rice sold by the woman next to the overpass outside of the Supermarket. Only 30baht ($1US) and it is out of this world! Up until this point I had thought that the street food in Vietnam was the best but after spending time exploring street food in Bangkok I was ready to concede that the Thai food came pretty close.

There were many restaurants and street food stalls in the Phayathai neighbourhood selling lite bites and other local delicacies but I have to admit that I did struggle with the language at times. With this not being a neighbourhood frequented by many tourists, there was not so much English spoken. To be quite honest I ordered takeout a lot of the time. The owners of my apartment left very clear instructions with regards to how to order from a number of companies in the local area. I ordered from McDonalds a couple of times and also the local Thai restaurant. I can't remember the name of it now but the food was incredibly cheap and very good.

After travelling for almost 5 months, and ever so slightly missing the things that made me happy from my Manchester apartment back home, I wanted to give myself some things to do whilst visiting Bangkok that had nothing to do with backpacking. I quickly fell into a routine which was great to break up the travelling as I still had 7 months on the road ahead of me. The apartment that I rented was part of a complex had a residents-only gym and swimming pool that I would go and use for an hour or so every morning. The gym is small but no one else really used it in the day as I guess other residents in the block were at work.

During the day I'd do some reading and writing or experiment with my new photo and video editing software. I'd watch TV, make tea and toast and quite simply relax.

Things to do in Central Bangkok

Of course, at some point during my stay in Bangkok I did make my way into the central tourist area at least once, although the sight-seeing element didn't take up too much of my time. It was so hot and as I hadn't yet re-charged my batteries I had neither the energy nor the motivation to see the sights of this wonderful city of which I had heard many great things. From my apartment I walked to the Chaophraya river and took the Chaophraya express (river taxi) down the river to the general sightseeing area of the city. You get to see a lot from the river so I considered this to be a little bit of sightseeing in its own right.

In the main tourist heart of Bangkok you should spend time visiting the Temple of the Reclining Buddha (Wat Pho) and look around the the Bangkok Grand Palace before taking a taxi over to Chinatown and sampling the street food. I couldn't seem to work out where the main 'hub' of all the stalls were though. I walked around for a while but it all seemed to be mostly trade establishments with just the odd food stall dotted amongst them. By this time my adventurousness had worn off and so I went and ate in a traditional Thai restaurant.

Going to the Cinema in Thailand

A trip to the cinema in Thailand is a memorable experience. When you watch a movie in a movie theatre, just before the movie starts and everyone has taken their seats, a message appears on the screen in Thai. At this point everyone rises to their feet as a video of the Thai king plays accompanied by some grandiose music.

If you're thinking of visiting Bangkok or anywhere else in Thailand then consider investing in a guidebook and/or a good map.