Which Greek Island Should I Visit?

As part of our week-long trip to Athens, Greece, I opted for a day trip to the island of Hydra. Why did I choose this one over more well-known islands like Santorini or Mikonos? Time, for one. Money, for another. And I don't like doing the "usual" thing. Hydra is quite unique.

We traveled in September and that is a wonderful time of the year to visit Greece. The summer crowds have died down and the weather is near perfect. I thought we would be able to venture out to the countryside as well as tromp around Athens AND get to some islands. One thing became clear though once arriving in Greece and getting a feel for things--that country is a lot larger than I had anticipated. I had done a little research before we left the states but we had not made arrangements ahead of time for any activities, which is basically how we roll, and actually that works out fine in Greece. So when I realized we would only have time for one island, Hydra moved to the front of the pack. It turned out to be an excellent choice! 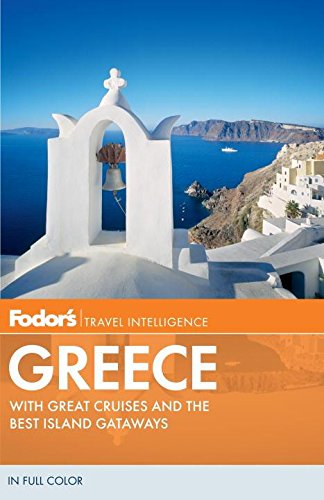 Fodor's Greece: With Great Cruises and the Best Island Getaways (Full-color Travel Guide)
Plan your trip to Hydra and other Greek islands with this helpful guide book.
Buy Now

There are over 400 islands and islets that belong to Greece and they are divided into six major groups: Ionian, Cyclades, Saronic, Sporades, Northeastern Aegean and Dodecanese. Hydra is one of the Saronic Islands and is located off the southeast coast of Peloponnese peninsula of the mainland. The thing that sets Hydra apart from the others is that there are no motorized vehicles allowed on the island! That means if you want to get around you either walk, hire a donkey or take a water taxi if you need to venture to another part of the island. If you plan on discovering parts of the island by hiking you may want lightweight boots or sturdy walking shoes, otherwise a pair of comfy shoes should be fine.

The trip to the island takes about an hour and a half by SeaCat or Flying Dolphin boat from the port of Piraeus which is a short metro or taxi ride from the center of Athens. On the day that we decided to take our day trip, we got up early and took the metro from our hotel to the port. I do believe the only reason we were able to travel so spontaneously was because it was not the height of tourist season. There were definitely a lot of people traveling, not only on our boat but others too, and our boat may have been at capacity, so maybe we just got lucky. You can definitely purchase your tickets online ahead of time if you know exactly when you want to go, and I would recommend that if you don't want to be disappointed and not be able to secure a departure.

After making our way out of the Piraeus metro station (sorry, no pictures of that one, but it was large and lively) we crossed a bridge over the bustling Akti Poseidonos Street and found the docks. There were several travel agencies lining the side street. We picked one and went in. Being in close proximity to each other we figured they all should have competitive prices. Our tickets were around 24 euro each. Be aware that transportation is seasonal and that ferry companies change often.

After purchasing our tickets we had about an hour to wait so we found a seat and watched people and boats. There are vending machines if you want to grab a snack while you wait or to take with you, although they do have refreshments available for purchase on the boat. Our boat was a high-speed catamaran and resembled an airplane on the inside. The seats were comfortable and there was plenty of room to move around. You could also stand outside. For many, Hydra was a stop along the way to other islands further out into the Mediterranean. Since we were only visiting for the day we did not have any luggage, but most of the passengers did.

The boat ride from Athens to Hydra

It was an enjoyable boat ride, mostly due to the anticipation of something new. I felt like a kid peeping out the window and wondering what was going on on the land masses we saw along the way. We passed the island of Aegina and stopped at the small island of Poros before arriving at Hydra. When we pulled into port in Hydra Town it was almost magical. Although there was a lot of activity going on, there was a serene laid-back vibe because there were no sounds of car engines or horns or the smell of gasoline vapors. People who had arrived hours or days before us were dining and chatting while locals offered donkey rides and answered questions.

My husband and I shared a piece of orange cake from one of the cafes at the dock (I have no idea what the name of the cafe is, but it was below the clock tower; we took the cake to a table outside and devoured it while watching fishermen tending to their boats.)

There really aren't streets there since there are no cars, just cobblestone walkways and lots of stairs in town. We saw kids playing, saw some souvenir stands, some hotels and a lot of donkeys, some hobbling up steps and some trotting past rather quickly. As we meandered through town a local gentleman told us about the Lazaros Kountouriotis Mansion and Museum. We decided to check it out.

After making our way through a maze of stairs and homes we arrived at a courtyard outside of the mansion that gave way to gorgeous views of the harbor below and the hillside spotted with white buildings. The Greek national flag and the flag of Hydra flew proudly above the courtyard. The black and white marble tiles were accented by the golden hue of the building. This was Greece.

As we soaked up the surroundings we spotted a photographer taking pictures of a man and woman in wedding attire. It was so beautiful I figured it had to be for a magazine shoot. We struck up a conversation with the photographer's assistant and found out the couple was having their own wedding pictures taken. The assistant's name was Dionysus!

I could have stayed there all day just daydreaming and basking in the sun on the courtyard, but there was more to see and do so we went inside the museum. The cost to enter the museum was a nominal 4 euro. Inside there were numerous artifacts on display depicting early 19th century Greek life. Clothing, jewelry, a cistern, paintings, a loom and furniture. We spent about an hour walking through three levels of rooms imagining what it must have been like living here several hundred years ago.

There are also other museums such as the Historical Archives Museum, the Ecclesiastical Byzantine Museum and the Merchant Marine Academy, as well as many churches and monasteries to visit on the island.

We decided we needed to forge ahead since we wanted to make it to a beach and not miss our boat back, although that would have been absolutely fine with me! The walk was so beautiful--bougainvillea bushes, pine trees and aloe, sea views, sea air and blue skies. We stopped at a small market along the way and bought some Graviera cheese (a Greek cheese produced mainly on Crete), crackers, a small bottle of wine, some juice and fruit. My husband asked if we were allowed to drink the wine on the beach. The store owner replied, "You're not in America--you can do whatever you want!" We howled with laughter, not knowing exactly what he meant by that statement.

One note about beaches on Hydra and Greece in general. Although considered some of the most beautiful and scenic places on earth, Greek beaches are very seldom sandy. They are mostly rocky, being made up of small pebbles that really hurt your feet or big slabs of rock that are not comfortable to lay on. Be sure to bring water shoes or wear your street shoes to the water and then get in, or just tough it out. I'm used to walking in bare feet, but these rocks were no fun!

After making it across the rock barrier we finally made it into the glorious water! I had worn my swim suit under my clothes so I just peeled them off and headed in. My husband, on the other hand, had brought his suit along with him and had to change. Since this was a primitive beach area there were no facilities so he had to find some trees up the hill a bit. He came back mortified that a man went walking by when he was changing. It took me nearly 15 minutes to stop laughing from picturing the whole scene! By the way, there are clothing-optional beaches throughout Greece, but this was not one of them, nor would we partake anyway. My husband got close though! But I digress...

We alternated snacking, sipping and swimming until we remembered we had to walk back to town and still wanted to eat dinner. We gathered up all of our stuff making sure not to leave any litter on this lovely beach. Feeling refreshed yet a little sleepy we ambled back along the pathway and settled on eating at the Sunset Restaurant.

We didn't realize what we had found when we decided to eat dinner at the Sunset Restaurant. It has been listed as #2 in the top restaurants in the world with a view by ABC News! As the sun set that evening, it was apparent the restaurant had the right name. It was so hard to leave. Wonderful food, breathtaking views, the orange sun setting on the bluest waters you could imagine.

A piece on Hydra would not be complete without mentioning cats. They can be found everywhere, roaming, rummaging, strolling and scurrying, but we only saw a few that day. They are a scruffy, rag-tag group of misfits that inhabit the island, and since they are ferrel they won't let you get very close, although one was keen on spying on us as we ate our dinner.

After dinner we walked back to the dock just in time to board the boat. Our return transport was on a Flying Dolphin, which was much smaller with a rougher ride, and the engine was pretty noisy. It didn't matter--we slept all the way back. 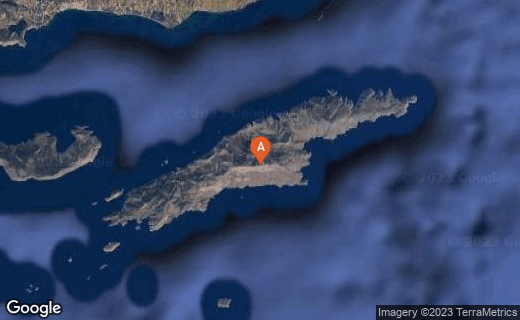 It's time to travel!

Would you want to visit Hydra Island, Greece?