Birmingham: A Modern City at a Knockdown Price

The dog had the look of all Boxers, like an ill-bred aristocrat paying a token visit to his smelly serf's cottage: a combination of disgust and snotty superiority. But you could tell straight away that he was old. A certain grizzled aloofness. The way he trotted rather than ran. And an anus so protruding it looked ready to spurt out its contents like a spray of machine-gun fire any second. The man said, "don't worry about him, he's harmless." I guess I must have hopped back a step or two. Not from his teeth. From his behind. His behind was far more dangerous than his teeth. And then the man (who looked almost as old as the dog, but with trousers, thank God) added: "are you a Brummie?"

We were in the park. I was taking my flatmate's dog for a walk. She was scattering about in the bushes pretending to be a kangaroo, leaping up to catch the squirrels, and darting about with her tail in the air. She was paying no attention at all to the grizzled Boxer's sly advances. But the question surprised me. In London, maybe, it makes sense to ask a person's origins (not that anyone in London ever talks to strangers): but who else but a Brummie would want to live in Birmingham?

"I knew you was a Brummie," he said mysteriously. I wanted to look in a mirror to see what it was about me that looked Brummie. Maybe it was the fact I had "I am a Brummie" tattooed across my face. Actually, there is a characteristic Brummie look. It's a cross between a smile and a sneer, a lip-curl of amused disbelief, like a cynic who doesn't even believe in his own cynicism. But I don't think I was practising it myself that minute. I was still trying to keep the Boxer dog's muzzle between me and his other end.

"Whereabouts did you live?" the man asked.

"Sparkbrook," I told him, "then South Yardley."

"Yes, that's it, the Swan. Used to go dancing there, in the sixties. People used to come from all over Birmingham. There was a ballroom upstairs. 'Course it's gone now, knocked down to make way for some new roundabout."

"Someone told me it was the biggest pub in Britain in it's day. Is that true?"

"Well it was certainly big. Huge. Had wood panelling all up the stairs and beautiful carpets. Like a palace, it was. Loved that place."

"That's the trouble with Birmingham," I said. "Always knocking itself down to start again."

"To make way for those bloody domes and things," he said, and laughed. And then he added - though it really needed no explanation - "and those towers where they do all their yodelling first thing in the morning."

Well this just disappointed me. He seemed such a kindly old man. His racism was arbitrary, somehow, as if it was expected of him. It was just something to say, that's all, like talking about the weather, rather than anything deeply meant. But it was enough to stop me wanting to talk to him. I called Patsy to me, said my goodbyes, and left the park.

There is a characteristic Brummie look. It's a cross between a smile and a sneer, a lip-curl of amused disbelief, like a cynic who doesn't even believe in his own cynicism

Later I drove past Yardley on my way to see my Mom and Dad. They'd moved out of there years ago. I saw the place where the Swan used to be. These days it's nest of under- and over- and every-other-way-passes, with a grubby shopping centre nearby. I remembered when the shopping centre was brand-spanking new, and we were all so proud of how modern Birmingham was becoming. I used to go to the library just around the corner, where I'd sneak about in a dark little corner looking for books on psychic phenomena. I had a thing about ectoplasm. It must have had something to do with my age. They knocked the library down at the same time they got rid of the pub.

It was never a very pretty pub, despite the old man's praises: at least not on the outside. It had a picture of a Swan on one of the walls, which looked exactly like the Swan symbol on a box of Swan Vesta matches. Which is apt in a way, since the building itself looked exactly like a box of Swan Vesta matches: a flat package of yellow brick. Nevertheless, if the old man's descriptions of the interior had been right, it would have made a great venue. It was built in 1967 and had eight bars and a staff of ninety.

That last fact I have from one of my flatmate's books. It's called Birmingham Old and New, and dates from the seventies. It's a joke really. It consists of a series of photographs in pairs, showing the scene in - say - 1870, and then again in 1975. It purports to illustrate the state of modern Birmingham, so fast moving, so dynamic. But the funniest thing of all is, even the 70s photographs are completely out of date now. Most of the buildings from that era are gone too, including the Swan.

It's like I said to the old man in the park: it's the Birmingham disease, constantly knocking itself down to start again. Which leaves the native Brummie's psyche in an equally uncertain state. Always knocking down bits of personality to make way for something new. Which is what I'm doing here, really. Make way for the bulldozers, there's a by-pass coming through. A brain by-pass. 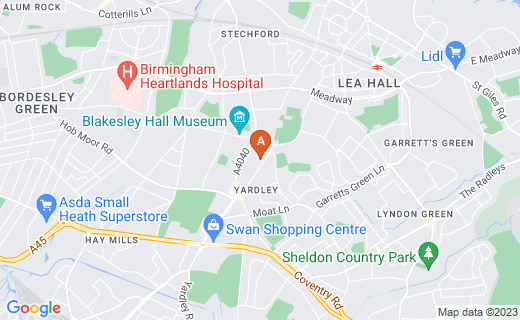