Adventure Tourism in Manali - Much More than Nature's Tranquility

Manali, is a small town in the region of Himachal Pradesh, North India, surrounded by stunning snow-capped mountains where you can breathe tranquility. According to legend, this is the place where Manu, a Noah figure in Hinduism, came with his boat to recreate human life after the severe floods had washed away the mankind. One must choose the right times to travel to this area because the winters are very harsh for travelers in Manali and most shopping centers and sports complexes remain almost closed. Wintertime is off season and you can get hotel accommodations at very cheap prices but there is no worth of landing a deal on a cheap hotel when the weather conditions are unfavorable and you are not able to go outdoors to enjoy adventure activities in Manali. From April to late June and mid September to early November, Manali is jam packed with tourists, both international and Indian. If you are a resident of an Asian country and visiting from a hot region, then you will find Manali as a heaven, as from late April to June, you will be able to get rid of the suffocating heat you were experiencing in your area. It is also the time when people from other states of Northern India like Delhi, Punjab, Haryana, and Uttar Pradesh are suffering from constant heat exhaustion and visit Manali on a yearly basis to cool off themselves.

The truth is that visiting Manali by road is not so easy because the population of this area and further north is not connected by train because of the dangers of landslides. But there are other things you can do. Most foreigners while visiting Delhi and nearby states land on Indira Gandhi International Airport. From there, if Manali is in your itinerary, then you can hire a cab from many tour operators directly from the Airport. If you are inside Delhi or want to visit tourist attractions of Delhi first and then move on to Manali, then you can hire a cab from Delhi itself or book a flight to Bhuntar Airport which is one and only nearest airport to Manali. It is approximately 50 kilometers from Manali and is only via road. If you want to make your trip more adventurous and if you are on a budget trip, then you can reach Manali via Volvo buses that are easily available from Ramakrishna Ashram Marg in Delhi and from Janpath in Cannaught Place, Delhi. I have been to Manali via Volvo buses, so according to my experience it is advisable to pay the best coach possible, as the roads on way to Manali are narrow and curvy. If you want to visit many places at a time like Shimla, Dharamshala, Leh, Ladakh with Kullu Manali, then the best option is to go for a group tour package. 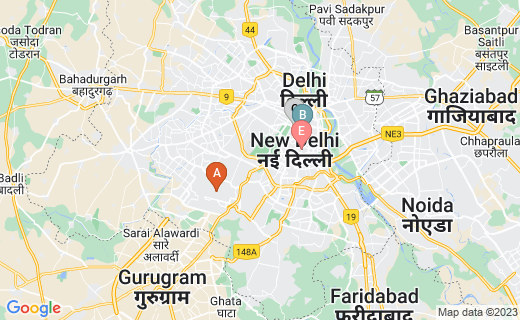 Getting an Accommodation in Manali

But once you are there in Manali, everything will turn into peace and tranquility. My advice is to seek accommodation in Old Manali, which retains more charm than New Manali. From the Manali bus station, it will take just 10 to 15 minutes to reach Old Manali. You can hire an auto rickshaw at very cheap rates for that purpose. There will also be taxi drivers who will offer to take you to different hotels in Manali which will be available at affordable prices.

In Old Manali, there are a large number of hotels with breathtaking views and a very affordable price. Generally, people are very friendly and if you miss something, they will make every possible effort to help you. 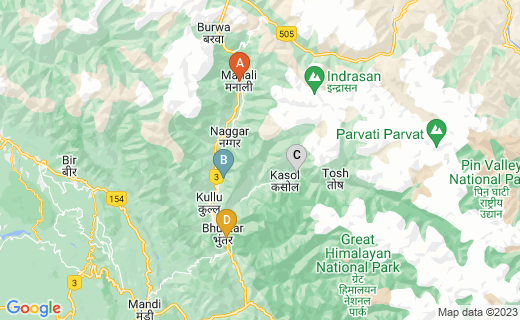 All types of men and women including residents of India and international travelers take part in adventure sports Manali. The best place to enjoy these activities is Solang Valley which is just 14 km from Manali. Here you can participate in skiing, trekking, paragliding, hand gliding, sky diving, bungee jumping, zorbing ball, and many more adventure sports activities.

Solang Valley is the most important adventure tourism spot near Manali and most sports are enjoyed by visitors at subsidized rates. Hot air ballooning near Manali is another adventure ride offered by Solang Valley for just 50 dollars per person but please note that they do not fly after 5:00 p.m.

If river rafting is your passion, then you can visit Kullu Rafting Zone located in Kullu just 40 km from Manali via taxi. Over here you can enjoy white-water rafting in the roaring waters of Beas River that is coming directly from the snow-capped mountains of Himachal Pradesh. Also, there are Enfield Bullets, a popular powerful bike in India, available on hire near Kullu when you are on your way to Manikaran Sahib Gurudwara, a religious place for Sikhs near Manali. Many foreign nationals and localites can be seen there who hire bikes and move on to Leh Ladakh via Manali.

The breathtaking mountains of Manali and the sound of nature like the river running or the birds singing makes it looks like we are in heaven. There are two temples that should not be missed in Manali. The first is the Hadimba Temple surrounded by large trees with a rather unusual interior. In addition, you can see a Manali theme park with loads of fun and adventure games. The second is the Manu Temple, with stunning views of the mountain that will leave you speechless. In addition, Manali offers a variety of restaurants and bakeries. I'm sure you would love visiting Manali just like me and my family.

The above was just a brief overview of Manali. If you want to know about the real tourist attractions inside Manali, read

An Unforgettable Trip to Manali Hill Station in India