Path to the Prison

As stated (hopefully not ad nauseum) in the first part of my piece on Alcatraz, this is a place of startling contrast, very illustrative of dualism. The path toward the grim prison house and morgue is lined with gloriously rioting flowers and nesting wild birds, as well as with ruins and buildings still well-preserved from earlier, more unhappy eras in the island's history. The views toward the San Francisco skyline and out toward the bay are panoramic, lusciously beautiful delights for the eyes.

Once you reach the entrance to the main prison house, by one of two main paths as mentioned in the previous article, you start to feel an oppressive difference in the atmosphere; or maybe only impressionable people such as myself do - either way, sensibility or no, it's an impressively solid, foreboding block of concrete and heavily barred windows.

Inside, you proceed to pick up your headphones and (rather outdated, but still quite usable) walkman-style tape player for the audio tour of the facility. Despite the somewhat obsolete equipment, the tour is impressive for its authenticity: there are 8 narrators from among the former residents of Alcatraz Island in its prison days, four of them guards and the other four inmates. Their voices lend a sometimes hair-raising note of sincerity that makes it impossible to be bored during the course of the audio tour, despite the sometimes rather tedious instructions and pauses. 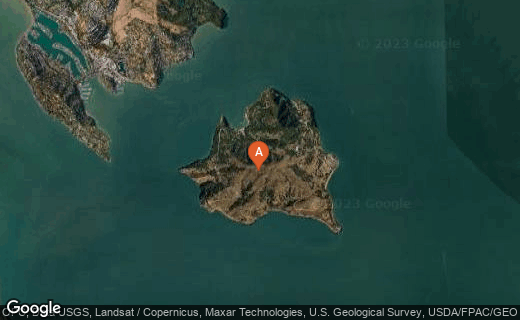 There are tour options available that cover nearby Angel Island as well, though I have not personally explored that myself yet.

The narration itself is, as stated, excellent; but it is still true that the prison itself is compelling enough to speak without words, and to be heard without a voice. It is a bleak, forbidding, and still menacing place with a character all its own; to be honest, I was vividly reminded of the opening lines of Shirley Jackson's 'The Haunting of Hill House' when walking the halls of the prison:

“No live organism can continue for long to exist sanely under conditions of absolute reality; even larks and katydids are supposed, by some, to dream. Hill House, not sane, stood by itself against its hills, holding darkness within; it had stood so for eighty years and might stand for eighty more. Within, walls continued upright, bricks met neatly, floors were firm, and doors were sensibly shut; silence lay steadily against the wood and stone of Hill House, and whatever walked there, walked alone.” -- Shirley Jackson, The Haunting of Hill House

One of the - for lack of a more suitable term - 'highlights' of the audio tour is a dramatic depiction of what has come to be known as 'The Battle of Alcatraz'. This failed escape attempt was also called 'The Siege of Alcatraz' in a San Francisco Chronicle article of the time; the incident lasted from May 2 to May 4, 1946, and the final death toll was seven: two guards, three inmates during the fighting, and two surviving inmates who were later executed for their participation in the rebellion. [As you can see by the photo of the article's reprint, it was published during the siege, when only one guard was known to have been killed.]

The careful plotting on the part of the inmates who masterminded this incident is strategically impressive, especially given the extent to which they were able to implement it despite the extreme precautions and constant paranoia of the guards who worked at the prison, and often lived on the island with their families as well.

This was the simplistic but accurate nickname assigned to what was used as the ultimate punishment in Alcatraz Penitentiary: solitary confinement to a degree that amounted to almost complete sensory deprivation. As part of the tour, visitors are invited to enter one of the cells formerly used for this purpose, and given a simple but effective description and demonstration of what it entailed for those punished by this method.

A quote posted on the bars of one of the cells reads as follows:

"Isolation in D Block - the 'Treatment Unit' - was reserved for unusually dangerous or violent inmates. Men received adequate food and health care, but were confined to their cells 24 hours a day. A stretch in D Block could last a few days or several years, depending on the offense.

"The six closed-front cells were used for the most severe disciplinary problems. Treatment in 'The Hole' sometimes included total darkness and a restricted diet. It usually lasted several days, but never more than 19. Few inmates ever saw the inside of 'The Hole'."

In contrast with the horrors of solitary confinement on Alcatraz, perhaps the most coveted privilege for many inmates was that of taking some fresh air in the Recreation Yard, which offered a stunning panoramic view of the Golden Gate Bridge and the city skyline, reminding them of the freedom they had lost. I am certain that in itself was bittersweet; in addition, the audio tour described that on nights when the wind was right, the inmates could hear strains of music and laughter floating across the treacherous waters of the Bay. This must have been especially tormenting; some would say, perhaps, the most punishing aspect of imprisonment.

The Yard itself is lined with steep bleachers along the prison wall, and is a fairly bleak, barren piece of ground. Still, when that is all you can taste of the outdoors, its charms must rival those of Paradise.

To return inside the prison, the inmates had to mount a narrow, steep stair that almost screams its hostility, even now. It is one of the most - if you will - haunted aspects of the prison, in the Shirley Jackson Hill House sense. It is not difficult to imagine the bitterness of each return up that stair and into that forbidding block of cement and glass encased in metal bars.

Bittersweet Taste of Air and Light

The Recreational Yard may have been the sweetest taste of the outside world in some senses, but for those inmates who enjoyed reading, the library probably rivaled or even surpassed its allure. The library is relatively spacious and quite bright; it was kept fairly well-stocked, according to the narrative of the audio tour, and yet there was a constant demand among the inmates for reading material.

The mind can taste freedom within even in the bleakest of circumstances; perhaps this accounts for the library's popularity - though no doubt it is also due in part to the lack of modern technology during the time the prison was in operation. Within many of the cells, evidence of other forms of escape through the imagination can be found in the creative expressions of many inmates, including oil paintings of landscapes.

Something that surprised me about Alcatraz was the high quality of the food, and the relatively good reputation of its kitchen. Inmates participated in meal preparation, though precautions were taken, of course; among these was the board where all the knives and sharp implements hung, with each utensil silhouetted in black paint against the board to be absolutely certain none were missing at the end of meal preparation duty.

Meals were fraught with tension, since it was one of the few times inmates were gathered en masse and the *only* time they had access to metal utensils, leading to the inevitable potential for outbreaks of violence amongst themselves and/or against the guards. One notorious outbreak of hostility occurred when the attempt was made to integrate the prison, and the hostility of the white inmates against the black inmates resulted in a fight. Guards patrolled during meals, and tear gas canisters were mounted in the walls, which minimized these incidents.

Notwithstanding, the kitchen had a reputation for excellence among prisons, and the guards ate the same meals as the inmates.

Following the Dining Hall, which is the last part of the prison covered on the audio tour, not much remains to be seen within the massive walls of the prison itself - though I have skipped over much of it, and this does not nearly do justice to the extent of the tour itself or the features of the attraction for those who go there.

In the next (and last!) installment, we finally reach the still-functional lighthouse and the sumptuous, astonishing gardens once tended by inmates [and now by volunteers]. I hope you're enjoying this virtual account of one of the highest quality tourist attractions I have ever seen. Thanks for reading!