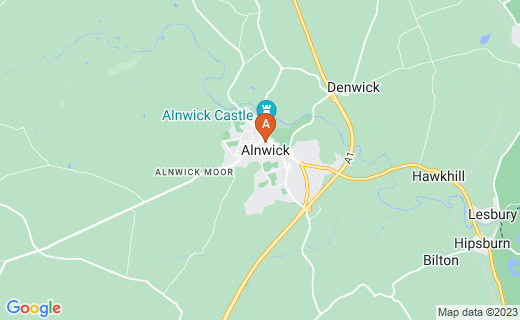 Alnwick is a small picturesque market town in Northumberland that's history dates back to about 600AD. The town has lots of charm and lots of interesting places for tourists to visit. 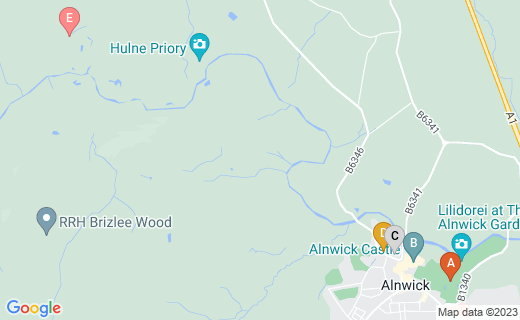 Located in an old Church next to the Bailiffgate Castle Entrance this Museum is great for families with young children.

One of the architectural gems of Northumberland St Michael's opens its doors to visitors most afternoons during the summer months. The Church can trace its origins to Saxon times and the building that is there today dates back to the 14th and 15th Centuries. 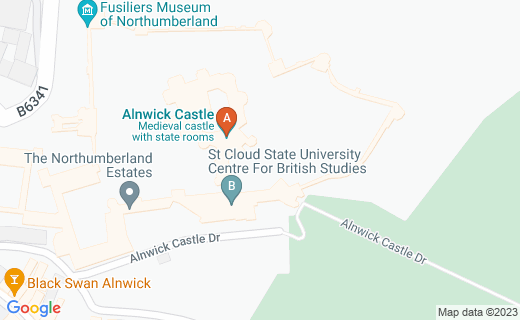 After the Norman Conquest of 1066 a Castle was built. Its construction started in the 1090's.

One of its main jobs was to protect England from Scottish invasion. However in 1136 it was captured by King David I of Scotland. The English took it back and the Scottish tried again to take it a few more times. In 1212 King John ordered the castles destruction after Eustace de Vesci, lord of Alnwick was accused of plotting against him. These orders were never carried out and so the Castle survived and it is still inhabited today.

The Castle is located within walking distance of Alnwick Town Center with more than one way to get to it. There are lots of thing to see and do within the Castle walls for people of all ages.

The Castle and its Grounds have been used on numerous occasion by film crews. Most recently it was Hogwarts School for Witchcraft and Wizardry. The Castle have cashed in on this by holding Broom riding lessons in the area where Harry had his first. It is a fun activity for young fans of the Potter Franchise. O yes and the Shop sells Brooms, from the basic to the Nimbus.

The Castle's Abbot's Tower is home to the Regimental Museum of the Royal Northumberland Fusiliers. The Museum houses displays on the history of the Regiment at home and at war. It has uniforms from throughout the Regiments history as well as information on how the soldiers lived in the past. As 2014 sees the 100th anniversary of the start of the Great War the Museum is having a make over and when it re-opens in July it will have an exhibition commemorating the soldiers of the regiment at that time.

There are other great, interesting displays in some of the other Towers. One archaeological and one about the Percy Tenantry Volunteers

The State Rooms are well worth a visit if you get the chance. They are situated in the part of the castle that is still occupied so you will get a glimpse into the life of the Duke of Northumberland's family. The rooms are very grand but there are some lovely personal touches dotted about.

Don't worry about missing anything on your first visit, just make sure you ask for your ticket to be validated for 12 months. This costs no extra and means you can go back as many times as you like within the 12 month period.

Set in the Grounds of Alnwick Castle these stunning gardens were created by the Duchess of Northumberland before they were handed over to a charitable trust.The gardens are still developing and may not be 100% finished for a few years yet. Yet you will not believe that 15 years ago the site was derelict.

There are lots of great features in the Gardens.

The Cascade with its ever changing display is a great draw as you walk through the entrance. Its Half Hourly displays are never the same and watch out for the water jets that fire water over a walkway into the lower reservoir. If you are standing in the wrong place at the wrong time you will get wet.

To the right of the Cascade lies the Water Sculptures that show off the different elements at work within the cascade, like the Vortex.

There are a few ways to get to the top of the Cascade. The covered walkways are great if you are looking for a shady retreat. Or you could follow along the edge of the cascade out in the open. Whatever you decide there are plenty of treats at the top, with more fountains

The Poison Garden is a very interesting feature. It is an enclosed area with gates that are kept locked. You can only enter with a guide who will tell you lots of useful information about each of the plants. They have everything from Nettles to Cannabis behind that gate. Please don't touch anything and of course 'Keep Off The Grass'.

The Bamboo Maze is great fun for all the family and now it is well established it is dark. It is not a hard maze but you may well find yourself going around in circles. I recommend entering from the side closest to the fountain and water sculptures as this is further from the center stone than its other entrance which is located next to the rose garden.

The Rose Garden is jam packed full of all different kinds of roses. Take a walk through the arches covered in climbing ones and take in the scent from the old fashioned ones. You can also rest here as there are a few seats under the shade of the climbers.

The Walled Ornamental Garden situated at the highest point of the gardens, behind 16th century Venetian gates is full of delights for the kitchen as well as lots of other great plants. It is also where the source of the Cascade is located. Take a rest in one of the secret gardens with a fountain or watch out for the Doves.

The Pond area situated just around the back of the poison garden is a great place to relax. It is shaded from the hill and trees and there are plenty of ducks looking for your left overs.