It's more than just traveling.

Perhaps, many of us are not aware that Ningbo (Ning-po) City exists in China. It was never heard of if you're not a seafarer or traveling businessman in China.

I haven't heard of it, too.

But when the operations manager of the principal of the new manning agency where I applied way back October 2011, we all realized that it is one of the busiest ports in the mainland.

Our scheduled flight falls on October 17th, 2012 and as part of the second vessel to be launched by the company, this hubber is more eager to have a research about the foreign city where our destination will be.

As part of the conduction team, the officers, crew and I will take part of bringing the LCT (light cargo transit) ship safely back here in the Philippines as its pertinent papers will still be completed in order to be proclaimed as ready for business at the local waters.

Aside from my job as the official cook of my colleagues, I will also be scouting for awesome spots that the city can give to the readers and my fellow hubbers.

Other than that, my initial research will provide you data (as based from online database and reliable sources) about how amazing it is to travel at Ningbo City in the future.

Or better yet, you can also include it on your travel wishlist as the atmosphere between these two nations is getting better, amid the fact that the Chinese government is still making a claim with the disputed islands (Scarborough Shoal, Panatag island, etc.) at the West Philippine Sea.

In fact, all born-Filipino Chinese businessmen hate to delve on that topic, since they are making Philippine economy a lucrative one.

My travel is a true testimony that the two countries cannot deny the fact that they need each other's resources. 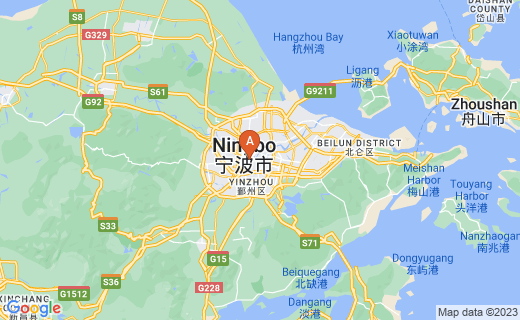 Ningbo is one of the oldest cities of the People's Republic of China.

Ningbo, not just a second fiddle with Shanghai

History reveals that Ningbo City is one of the oldest port city in China. In modern times, it is more of a close competitor to Shanghai (just 200 kilometers south of the city) , as one of the busiest commercial ports in the country and even the world.

Many new-buildings of ships in all sizes are being constructed and built there.

Ten new ships belong to the shipping company where I am working right now.

Looking back again, 4800 BC under the Hemudo culture (as their artifacts were discovered in 1973) known for its black pottery, that's when Ningbo City flourished.

But because of its subtropical climate, now having a four seasons, the old civilization went to higher grounds due to constant flooding of the bodies of water located in the city (like the East China sea, Hangzhou Bay and other narrow body of water.

It is also known as fish port of the land, before upgrading it as new commercial port and shipyard.

As part of history, Portuguese settlers occupied a large community before the occurrence of Ningpo massacre on 1545, as the military forces of Ming Dynasty forced them to leave the city.

Another sad fate to the city came during World War II in 1940, as the Japanese Imperial army bombed the city with fleas carrying the bubonic plague.

By the way, Ningbo was a walled city before it was invaded by British army on 1841. As part of the treaty, the city became known for its Chinese traditional furniture production and craftsmanship.

The resistance of Chinese army became futile as the more modern British army took hold of the city, including Hongkong.

Religious faith of Christianism was also brought along by the colonizers.

Ningbo has an important role in Chinese military forces, as the headquarters of the East Sea Fleet of the Chinese Peole's Liberation Navy. They have the responsibility to project forces in the region targeting the renegade province of Taiwan.

Aside from it, we will all be hungry when we arrive there.

So far, the local cuisine is greatly similar with the Chinese people brought here in the Philippines.

I am interested in tangyuan , filled or unfilled glutinous rice flour formed into balls then cooked and served in boiling water.

Back here in the Philippines, we have the co-called ginataang bilo-bilo sticky rice balls cooked in coconut milk. In my region (Bicol) we have hinulog-hulog or fallen balls, also sticky rice balls usually filled with peanut butter but cooked in boiling water with yellow ginger strips and sweetened with sugar.

As expected fro transiting seafarers, like me, I will feast my eyes (aided by my portable digital camera) with what will interest me as we travel going to our port of call or destination.

Perhaps, the walking pedestrians, a monument, the greenery or park and lots of surprises that will be part of this hub.

As long as there's no restriction in taking photos, this hub will be your window to the Ningbo City, this hubber's job destination this year.

With just gestures of hands and broken Chinese language, I hope to make friends with the locals, soon.

If Chinese hubbers are reading this, can you teach me some Mandarin or Fokkien greetings that will not make me a stranger in China?

Note: Part of the historical information were gathered from Wikipedia and the rest is the opinion of this hubber

Ningbo City as told by a traveler

Journey in China –The Scenery of Ningbo DVD
Buy Now