The seed is sewn.

During the winter months of February 2016 whilst chatting nonsense with a couple of work colleagues during a rest period, the topic of conversation drifted to discussing the subject of which of the UK's three highest peaks we had each scaled.

None of us had conquered the summit of Ben Nevis which is the highest mountain in Scotland and the UK. General consensus being the distance of travel to Fort William from Stoke on Trent and having to stay over for a couple of nights as to why not.

Further conversations unfolded resulting in annual leave being booked, transport hire and fuel being kindly donated by our employer and camping pitches reserved for two nights. We were thrilled our cash outlay was low thanks to the donation from our employer.

We trio being middle aged men enjoying a penchant for beer and nowadays only engage in fair weather enterprise set the date for high summer-mid July 2016.

Each of us knowing of someone afflicted by cancer or other terminal illness unanimously decided our local charity The Douglas Macmillan Hospice shall benefit from our adventure. A www,justgiving.com fundraising page was created so friends, family and work colleagues could easily donate to our cause.

And so the seed is sewn for our Ben Nevis experience.

This article is a true though tongue in cheek photo story of our experience in Scotland and Hiking the mountain track to the summit of Ben Nevis. It in no way intends to be an accurate guide, depict to, or influence any person how an event such as this should be undertaken. The methods which we used to carry out our experience may not be the correct way to undertake matters.

Approximately 100,000 visitors successfully peak the summit of Ben Nevis and safely return home each year, unfortunately some visitors do not.

A certain level of fitness and stamina is required, it is not a Sunday stroll in the park dressed in a tea-shirt and trainers. A basic understanding of navigation is essential; ie map reading and compass use. You should always inform someone of your intended whereabouts and when.

Maps of the mountain track route are readily available as is professionally qualified information and advice.

The summit of Ben Nevis is clear for approximately 60 days each year, bad weather can close in within minutes. Even in high summer mid July-mid August there is still a risk of foul weather and almost zero visibility.

Mobile phones may not receive a signal whilst on Ben Nevis.

The long drive North and Setting up base camp.

I was nominated as driver for the 368 mile drive up North to our campsite at Corpath near to Fort William. Given the fact that one colleague Steve could not drive and my other colleague Rob had not renewed his licence from the old green card version and it would not be accepted by the hire company left me with little say in the matter. I didn't mind, I enjoy driving.

We started our journey from Stoke on Trent at 06:30 in the morning, and had a couple of rest breaks along the route and arrived at the campsite at 14:00 in the afternoon. Fortunately we had a good run as there were no holdups on the motorway or side roads. I found it a little frustrating though, that the crew cab transit van was governed to 71mph, if I wished to overtake a vehicle travelling at 65mph I felt it took the best part of 10 miles to overtake it. The whiff of beer wafting from the back of the crew cab which them pair were already drinking didn't help matters either.

After base camp was set up we spent the rest of the afternoon relaxing, having a barbeque and a couple of beers. Rob was designated as the camps chef as he had brought the throw away barbeques, he relished the honour. I didn't fancy doing any cooking as I'd done all the driving. Steve seemed to avoid the issue of cooking altogether but enjoyed the eating of it, though he did manage to cut the bread baps in half.

The numbers of midges in these parts are rampant and they are prolific biters, the usual insect repellants don't seem to have any relieving effect. After tolerating their attacks for too long we holed up in the transit van for a little respite. We perused our mapping for one last time, checked the GPS and batteries. Rob and Steve sniggered as they informed me that drinking lot's of beer has a numbing effect on the midge bites knowing that I had to be fit to drive early in the morning. I was fairly tired at this point and was in deep slumber in my midge free sleeping bag for 21:00. I know this fact as I was kindly informed of my snoring

Setting up base camp in Corpach, Fort William, Scotland, UK.

A good night's sleep then an early start to be at the Glen Nevis visitor centre by 08:30.

It looked like there had been a serious outbreak of chickenpox when I set eyes on Rob and Steve in the morning, they were covered in bites on their face, arms and legs and were busy scratching already raw skin. I got of lightly because I wore long sleeves and trousers, just the odd bite here and there. I felt fine and refreshed after having had a good night's sleep on my comfortable air mattress. I think Rob and Steve looked a little worse for wear.

A light breakfast was on the menu, we had pot noodles, coffee and a couple of sandwiches using leftover sausages from the previous night. Then the usual morning grooming rituals of washing and shaving in the shower block. We bought snacks and soft drinks from the site shop the previous evening, just enough to keep us going for a few hours. We planned to eat a proper meal in the afternoon at the Ben Nevis Inn after completing the hike.

It was only a short drive of a few miles from our base camp to the Glen Nevis visitor centre, we arrived before it had opened. The carpark at the visitor centre is pay and display and was very reasonably priced for a whole day's parking.

Imagine our dismay as we drove onto the car park and immediately noticed a very low cloud base surrounding Meall an t-Suidhe which is at the base of the mountain track. I wasn't particularly worried about navigating the track but was more concerned that it will turn out to be a footslog up a mountain with no views or magnificent vistas to take your breath away. I believe no one has the same determination or passion when hiking up just another rock, you need to be able to drink in the scenery, the scale of it all, the magnificence, in awe of your surroundings. I knew there was a daily weather report posted in the window of the visitor centre and after reading it my outlook for the day was somewhat uplifted. It stated that low level cloud would disperse but the summit may not clear of cloud for the whole day. This information was good enough to satisfy us.

We gathered our kit and booted up, then made headway to the footbridge spanning the River Nevis.

A picture speaks a thousand words.

There will be little written word in these sections now that we're on the mountain track. I prefer to allow the photography to do the talking and each photograph is captioned.

The mid section of the Mountain Track which zigzag traverses past Lochan Meall an t-Suidhe and leads to the mountain Ben Nevis proper.

Approaching the summit plateau of Ben Nevis via The Mountain Track.

At the Summit of Ben Nevis via The Mountain Track.

The descent of Ben Nevis via The Mountain Track and a very welcome beer or two and a steak dinner at The Ben Nevis Inn.

A few Selfies whilst ascending The Mountain Track to Ben Nevis summit.

Some useful information and links.

The links are external and will navigate you away from Hubpages. 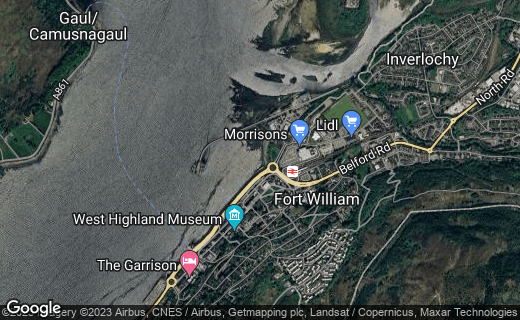 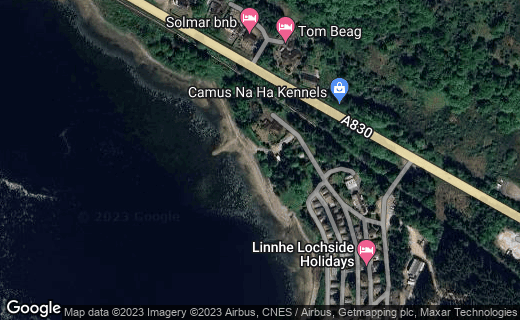 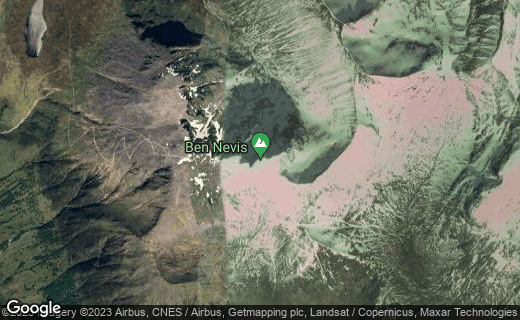