The Largest Greenhouse in the World

The Strength of the Garden of Eden in Cornwall

A Garden of Eden stands strong and beautiful in southwestern Cornwall UK. Places like this keep the Earth alive and the associated science is magical.Alight at night, the installation looks like a successful outpost on Jupiter.

This is the land of Stonehenge, which offers plenty of science and mysteries, as well a land of many large gardens. People even bake in the gardens and you will see some of their wares below.

Gardens are beautiful and healthy as well -- As humans and animals expel CO2 during daylight hours, many plants absorb that greenhouse gas and expel oxygen at night. That is a good balance, but the world could use more plants.

Wildlife is attracted to gardens - a good friend of mine enjoys a variety of plant life that attracts butterflies, robins, wrens, sparrows, blue jays, squirrels, and many others in sun and shade. Without trees and smaller plants, much wildlife loses habitats and food.

Gardens and forests are most responsible for holding Earth's atmosphere around the planet, because they stave off erosion. Worldwide erosion would eventually eliminate plant life and its generation of oxygen into the atmosphere. Earth's atmosphere would change, break down, and drift away from the planet like thin mists in Gothic movies. Plants are necessary to Terran life.

Plants are necessary to colonizing Mars, because they will create and sustain atmosphere; but, we are not yet on the threshold of terraforming them. Mountains help, too, and Mars has some of those - see the mountain link below about atmosphere:

A Closer Look at the Eden Project 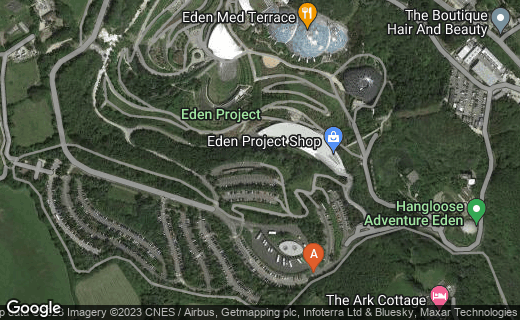 In a miracle of sorts, an abandoned kaolinite quarry became a huge garden in Cornwall. Kaolinite takes its name from its most usual source, Kao-Ling or Gaoling in Jianxi, China and is commonly known as china clay, but is scientifically Aluminum Silicate Hydroxide. You can find it in military blood-clotting gauze, ceramics, cosmetics, diarrhea treatments, toothpaste, and other products.

The park and greenhouse structures at Eden required 2.5 years of construction, opening to visitors on St. Patrick's Day in 2001. together, the two biodomes (constructed climate biomes) cover 5.5 acres of land that was once mined out and exhausted. The outdoor biome is a temperate climate, as it is across Cornwall.

The surrounding grounds are lush and green as a rainforest, but Eden is made up of an outdoor biome and two buildings that are plastic biome-domes of several rooms each.. They house thousands of plants from the globe and keep non-native species from spreading through Cornwall. The first dome supports a tropical climate; the second, a Mediterranean climate. The inflated plastic cells that form the walls are hexagonal and pentagonal (of six and five sides).

A pasty is a large folded-over dough circle filled with a variety of items, although the standard ingredients used by Cornish and Scottish descendants in Michigan include beef, potatoes (tatties), and turnips ('neaps). These heart handheld meals have been the favorites of coal miners in Wales and Michigan for decades. Baked in the morning, they large but are easy to carry and easy to enjoy on a break.

The World Patsy Championships are held annually at Project Eden on the Saturday before St. Piran's Day, which is March 5. People from all over the world come to Cornwall to contribute their own pasties in the contest.

Adults and youth of age 15 and below are welcome to participate at a reasonable fee. Corporations, chefs, and others have their own dedicated categories of participation, but the results are all full of flavor and aromas not to forget.

Types of Pasties That Compete:

Savoury Pasties include any number of ingredients, but the 2014 winners offered these successful combinations:

A real Cornish pasty includes the distinctive ‘D’ semicircle shape with a crimped crust only on the curved edge.

The championships offer a full day at Project Eden packed with baking, master classes in pasty preparation, the Great Cornwall Crimp Off, music, and entertainment - including Cornish rappers.

A number of charities are supported from the sales of food and drink to benefit the Cornwall community.

Saint Piran is the patron saint of tin miners and national saint of Cornwall, who is said to have lived more than 200 years. He discovered tin when it ran out of hot rocks in his fireplace.

A few cities celebrate the day in Cornwall, but Grass Valley, California holds a festival in honor of 19th century Cornish miners who inhabited the area.

Local legends say that St. Piran was born in Ireland in the 500s AD and demonstrated miraculous powers that much frightened group of kings who threw him into the sea. He came ashore at Perranporth, Cornwall, the northern coast.

A Drama of St. Parin's Life Occurs on the Sand 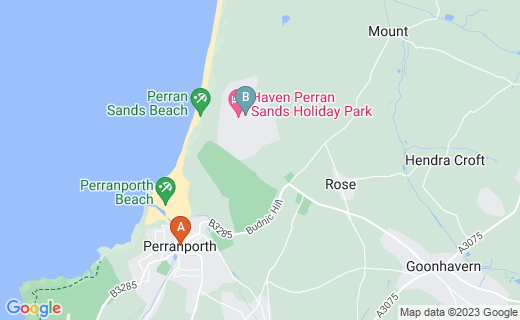 A drama is held on the sand dunes here.

Sam Heather: Riding the SkyWire at the Eden Project through Google Glass

Cornwall is full of large scale gardens that enjoy numerous visitors and add to sustainability.

Best Of The 12 Large Cornish Gardens 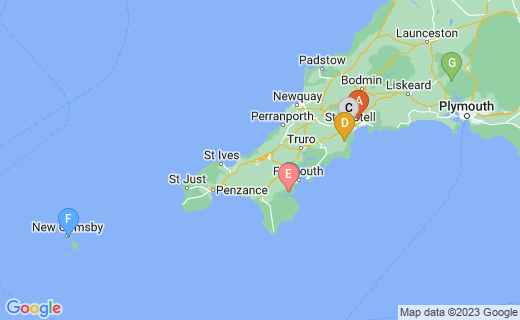