Have You Been To The Baltimore Sailabration?

My family and I decided to make a day trip to Baltimore, Maryland for the Sailabration.

It is an international parade of more than 40 tall ships and naval vessels.

They had tall ships from Canada, The United States, Central and South America.

They also had the Blue Angels flying overhead doing amazing stunts in the air.

The whole event was free. We were even able to tour a few of the boats for free.

The lines were long (we had to wait over an hour to tour the Canadian Naval Ship) and there were lots of people everywhere.

A lot of the event parking was around $35 and they had planty of it if you got there in the morning or early afternoon.

There were tons of places to eat. You could choose from restaurants or food tents.

The food tents were generally expensive, as usual, with a bottle of water costing $3!

What You Will See At The Baltimore Sailabration

There were two main areas for the Sailabration, the Inner Harbor and and Fort McHenry Park.

There were also boats at Fell's Point and North Locust Point.

To get to Fort McHenry, you could take a bus for free from the Inner Harbor area.

There was no air conditioning in the bus, so it was very hot and they tried to fit as many people as they could into the bus without people spilling out.

Once we were at Fort McHenry Park, we were able to enjoy seeing the Blue Angels in action.

There were six planes and they did some amazing stunts.

At one point, they were flying at high speeds with their wing tips only 18 inches apart from each other.

It made me a little nervous, but they did a fantastic job.

The End Of The Baltimore Sailabration

Once the show was over, thousands of spectators headed for the buses.

It took us over an hour to get back to the Inner Harbor from there.

I would suggest leaving a little before the end of the flying event to beat the crowds.

We were only able to tour two boats in the whole time we were there since there were so many people, but what can you expect when you go to a free event in a city on the weekend.

Overall, I really enjoyed seeing all the boats and the Blue Angels performance, but next time we will plan it out a little better so that we could beat some of the crowds.

If you like sailing, this is the place to be! 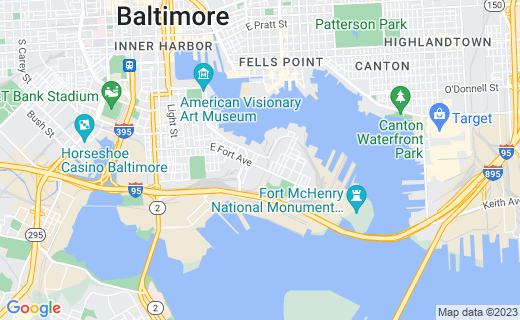