On The Road Again

The car is packed and the family is buckled in. Everyone is excited and ready to go. The first few miles are easy, but sometime after your hometown is in the rearview mirror, the excitement wains, and the reality of long hours in the car seem to make each mile marker somehow grow further apart.

My family has put some serious miles on the odometer, visiting many different states, and completely crossing the county several times. It doesn't matter what age you are, a long road trip calls for some entertaining distractions that are not distracting to the driver.

Today's age of technology offers travelers several personal electronic devices to delight and entertain, but these gadgets rarely offer a shared experience. Isn't the family vacation all about being together and having fun? The following ideas are ways to enjoy the time together and make memories that will last.

Storytelling as a group is a fun, interactive and imaginative way to while away the time in the car. Start the story with a setting and a main character. For instance:

In the middle of a dark, dark, forest there was a giant tree. The tree had a hollow on one side that was the home to a rather large black bear. Although the bear was big, with huge strong paws and fearsome teeth, he was kind and gentle.

Next, introduce a motive for the main character that will set the stage for an action or some type of conflict to be resolved:

The bear was lonely and wanted to make a friend. As he headed to the stream, where he always had his morning drink. As he neared the water, he sniffed the air to see if any other creature might be near. To his surprise there was an unusual odor, a strong odor! He looked across the stream and saw...

Having set the stage, pass the story to another person. The second person should pick up the story and set up another course of action for the next person to creatively tell. Continue passing the story for a few more turns and then create an ending to resolve the initial conflict faced by the main character, such as:

After their day of adventure, the skunk and bear where best friends, never to be lonely again.

Encourage someone else to start a different story with a completely different setting, character, and conflict. Or, if your family has created a beloved character, create a series of stories around your new hero. Let your imagination take a journey while you continue to head on down the road.

Most children enjoy music, and music helps the miles pass more quickly. Rather than simply listening to a tune, make it interactive, and start a sing-along family tradition.

Here are some song that are great for younger children:

For elementary children, try these tried and true silly songs:

Here are some favorites to sing along with older children:

Any family favorite makes a great road song. Have fun and mashup two or three songs to create your own family arrangement, and you'll be a real traveling band!

What do you like to listen to while on the road?

As long as there is daylight, there is something to see outside the car windows. The following games are played by watching what is passing by and looking out for points to collect.

This is a great game for country drives. The first person to spot a field with horses receives one point for each horse. However, for every cow in the field that was claimed, a point must be subtracted. For instance, if there were five horses and two cows, you get three points. When a cemetery is spotted, the first person to declare, “Bury your horses!” gets to chose a player who will then lose all their points. Before starting to play, determine a winning number of points or set a time limit for the game. This will encourage players to not lose interest.

One person acts as the caller and starts the game by thinking of an item that can be seen from the car. For instance, “I’m looking for a red pickup truck!” The first person to spot a red pickup truck gets a point. The caller then continues by selecting another item. You can either take turns until each player has been the caller and called a number of sets, predetermine a winning number of points, or set a time limit for play to end the game.

One person selects a letter of the alphabet and a category, such as U.S. cities, ice cream flavors, or girls names. In order, each player has to name something within the category that begins with the selected letter. Players can not repeat answers of another player. If a player is stumped and can not answer during their turn, they are out, and play continues with the rest of the players. The last player to be able to provide an answer wins the round. Play as many rounds as desired.

If a player can not think of a new name, or repeats a name already used they are out. Play continues until there is just one player.

The first player asks a question or makes a statement to set the meter for a rhyme. The second player responds with a rhyme, then creates another line for the next player to rhyme. For example:

Player One - There’s a giant hamburger on that sign.

Player Two - Wow, that’s almost as big as mine. I wonder if the fries are large.

Player Three - I think they are as big as a barge. But, I’m not sure, I’ve never seen.

Player Four - I heard they keep the place real clean.

If a player can not think of a line, they are out. Play continues until there is just one player left.

Anybody Want A Peanut?

On player is the Cat and begins the game with a simple rhythm, like three hand claps. The rest of the players are the Copy Cats and must mimic the Cat and clap their hands three times. The Cat then adds to the rhythm, three hands claps followed by a slap on the knees. If the Copy Cats are successful, the Cat continues, three hand claps, a slap to the knee, clap and a finger snap. After each successful copy, the Cat adds more to the rhythm. The challenge is to see how long of a rhythm can be remembered and repeated.

Chose a category like Disney Songs, Movie Theme Songs, or Top Pop Songs. Take turns singing the melody of your favorite song in the category, being careful to not include any of the lyrics. The first player to correctly guess the song receives a point. If nobody can name the tune, the singer receives the point. After each player has sung a song, chose a new category. Continue playing until a player has reached a predetermined number of winning points.

The road may be long, but it doesn’t have to be boring. Be creative and put your own spin on these activities. Take time to enjoy the journey by being imaginative and interactive as you travel, and before you know it, you'll be there! 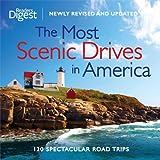