You Are Now Approaching Shades of Death Road

When driving through Warren County, New Jersey, there is one road that will catch your eye, draw your attention towards it, and leave you wondering about what is real, and what is just your imagination. Can you really trust your senses? Or is it all just urban legend? Either way, there may be more to the Garden State then meets the eye....

Shades of Death Road, located in Allamuchy in Warren County, NJ, has a very sordid history among the locals. "Shades," as it is sometimes referred to by the locals, is a two-lane country road which runs alongside a lake in a wooden, scenic area of central NJ. The road winds and twists through the woods, and more often then not, there is a heavy fog resting over the lake and around the lake bed during early morning and at sunset every day. Almost everyone who visits the area during sunset or early evening during certain times of the year claim that the mist actually rises up and forms pillar shapes above the water; this phenomenon is commonly referred to as the Great Meadows Fog.

Local legend states that early settlers conquered the land from the native Americans in the area, and killed the remaining members of the tribe. The settlers buried the bodies in a mass grave at the bottom of a valley, and created a man-made lake over it to hide what they had done.

Locals believe that the spirits of the slaughtered natives still haunt that road, and their spirits can be seen as the constant mist that perpetually hovers over the lake.

Many people believe that the name of the road simply derives from the fact of the actual dangers of driving along this route. Not exactly the '"long and winding road" the Beatles sang of, the Shades of Death Road has more unexpected twists, turns, highs and lows than an M. Night Shamalan movie (bad joke). Speeding along this road is extremely unadvised, as sharp turns, deep gorges and bumpy terrain appear suddenly without any warning. Due to the vast number of accidents, guard rails, reflective paint, and some neon signs have been added in recent years to aid drivers; however, the high number of accidents there may add infamy to the road, but did not actually contribute to how it got its name.

The Origins of the Infamous Name

The real origin of the name Shades of Death Road may come from an area along the road now known as Bear Swamp. This swampland was formerly known as 'Cat Holler' or 'Cat Swamp' due to the high number of mountain lions which inhabited the area and terrorized early settlers. Once the wildcats were cleared out, they renamed the area Bear Swamp after the other, surprisingly less dangerous, creatures which occupied the lands.

The terrors at the swamp, however, were far from over. The swampland was infested with malaria-carrying mosquitoes, which caused wide-spread outbreaks of the disease almost annually. The high number of deaths as a result of this disease, along with the added difficulty getting physicians and medicines to the area due to its remote location, most likely contributed to an older version of "Shades Road," or ""Shady Road," adopting this new, more sinister moniker. 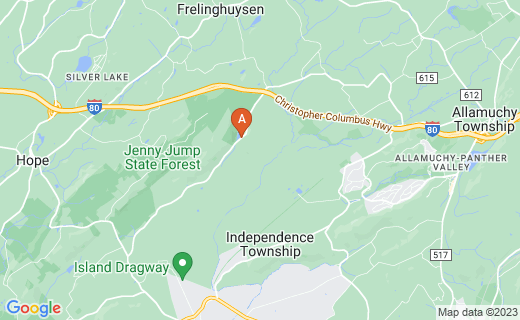 Will you be visiting New Jersey's 'Shades of Death Road?'

Believe what you want, but you should see for yourself...

There are many legends associated with this road, and some will leave you just dying to learn more. There are tales that witches used to practice their craft within the woods, and after they were lynched or otherwise chased from the area, their spirits and familiars live on. There are also stories that sects of the KKK and satanist groups use the area for meetings, and if you aren't careful, you could stumble upon one of these meetings yourself. Ghosts, poltergeists, and some very terrifying hitchhikers have also been reported in the area.

I've traveled along this road myself, and while we didn't have any encounters to speak of, I have to say it was an experience I will never forget. Check out Shades of Death Road in Great Meadows, New Jersey for yourself and remember - DO NOT GO ALONE!

For more stories and first-hand accounts of experiences at Shades of Death Road, click the links below.