CNNMoney magazine's Top 100 Best Cities in America include four of Chicago's most successful and inviting suburbs.

These towns are fast growing as cities on their own, with independent labor markets as well as access to that of Chicago; plus, they are in high-economy business corridors.

These "best cities" are economically expanding suburbs in the 2010s that lie along two important areas in the Greater Chicago Area to the southwest and to the northwest:

The Illinois Technology and Research Corridor, Interstate 88 in the southwest:

The Golden Corridor, around a portion of Interstate 90 in the northwest: 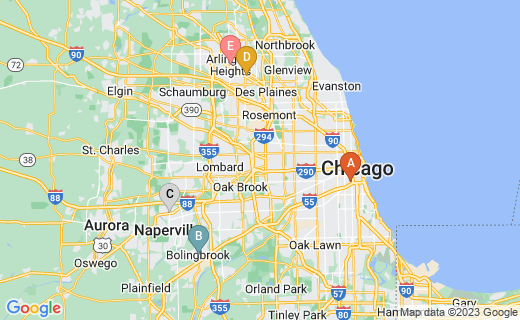 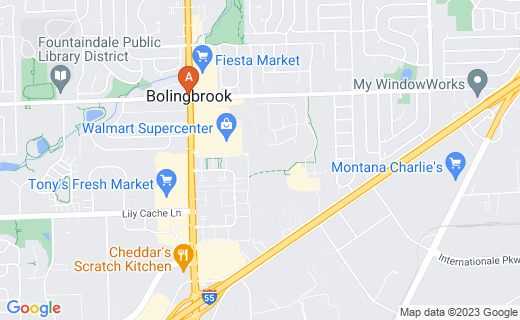 Bolingbrook village is home to over 70,000 residents and sits in Will, DuPage, and Cook Counties in Illinois, about 25 miles southwest of Chicago.

Fairly new as a village, it was not incorporated until 1965. This was after the countrywide post-World War II housing construction gained sufficient momentum to draw large numbers of workers and businesses. Before incorporation and in the 19th Century, the area consisted of separate small farming villages and Indigenous Peoples living there or passing through to the West.

Chicago and the area near Bolingbrook are the historic home of the American amusement park industry that began in 1893 and 1894. Chicago's 1893 Columbian Exposition (World's Fair) and its popular Midway attractions spurred the aquatic circus performer known as the Fearless Frogman, Paul Boyton, to open Paul Boyton's Water Chute(s) in 1894.

Other facilities followed and Chicago supported at least 8 such parks through 1908, including one owned and operated by African Americans, despite segregation. Paul Boynton went on to found a Luna Park locally in addition to Luna Park at Coney Island and a sea lion park. About 120 years, Chicago has Navy Pier at the current point in amusement park evolution.

Once such large amusement place along the timeline was the enclosed Old Chicago Amusement Park, located in Bolingbrook from about 1975 until 1981. It included both a shopping mall of small independent retailers and a large group of amusement rides in the center. You can read about it at the embedded link above. It seems to have been a precursor to the huge Mall of America in Minnesota and West Edmunton Mall in Alberta with solid anchor stores and amusements.

Jobs in Bolingbrook and Naperville

During Spring 2016, 90,000 job listings were gathered from all Internet sources within 25 miles of the village center of Bolingbrook.

Within a radius of 10 miles, about 11,000 jobs were listed and approximately 3,000 were located in nearby Naperville. The the 15 highest-demand job titles listed included: 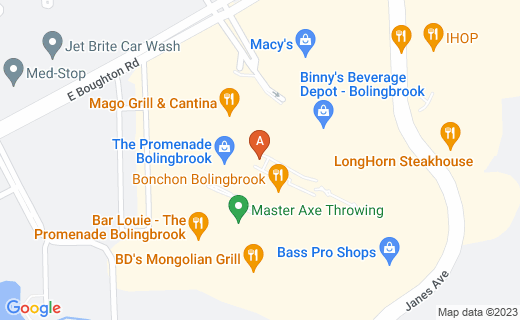 Naperville, incorporated in 1857, is a city of 143,000 people located in both Will and DuPage Counties and ranked as the 4th largest city in Illinois. Naperville is about 30 miles west from Chicago and a bit west of its neighbor, Bolingbrook, the two suburbs sharing access to the same job listings.

Instead of railroads, stage coaches were more important in this area. In the 19th Century, the city was a crossroads stop at the junction of two major stagecoach routes: the Chicago to Galena and the Chicago to Ottawa routes.

Lumber business and milling grew up around the stage coach stop for form a community and a business hub and transportation improvements followed closely. In 1864, a railroad line finally came through town and supplanted the stage coaches. Furniture and stone quarrying grew as industries with the advance of easy transport of goods by rail..

Expressways were not built near Naperville until 1954, but they brought additional new businesses with them. These were largely research and development concerns like Argonne National Laboratory and Fermi National Accelerator Laboratory. Housing development flourished and retail and service industries followed. After the usual Inner City decay of the 1970s, downtown revitalization began with the Riverwalk in the 1980s and continues today.

The Illinois Technology and Research Corridor extends along I-88 near Naperville and is responsible for much of the location's growth since the 1980s.

Companies in this region include:

Higher education is well represented in this corridor, partnering with private businesses and government agencies for new technologies and job creation. 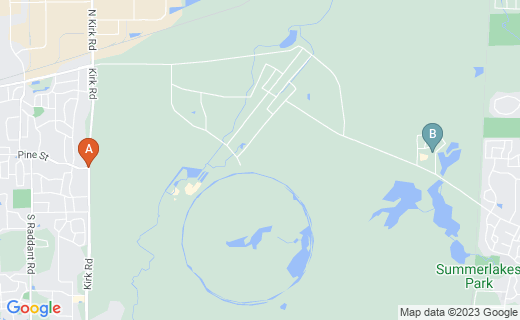 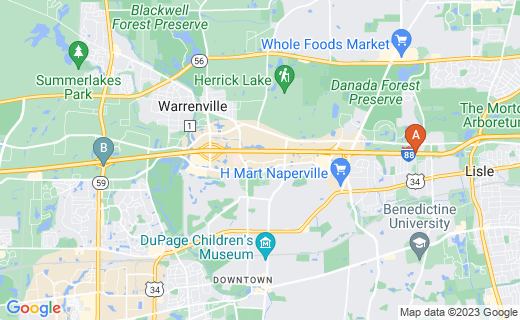 Naperville and Bolingbrook lie along the I-88 Illinois Technology and Research Corridor.

Mount Prospect and the Golden Corridor to Arlington Heights 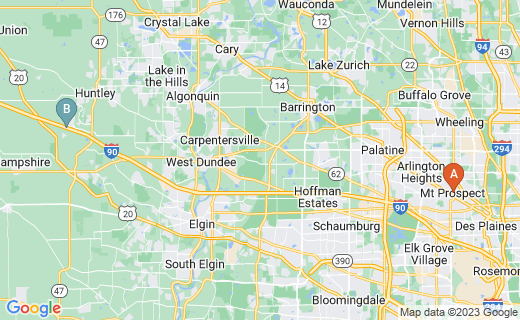 Mount Prospect is a Cook County village of 54,000 in the prosperous and prestigious Northwest Suburb Corridor of Chicago, a few miles closer to the large city than is its neighbor, Arlington Heights. The two suburbs share access to a large number of job listings between them, outside of those in nearby Chicago, and the majority of the local openings are in Mount Prospect.

Native Americans lived in this area for centuries, befriending and marrying the French when they arrived. In the early 1800s, some demonstrated participation and support of the French and later the British in land claims and war against the US, leading to their eventual movement toward the West.

In 1854, the railroad was established through Mount Prospect, but did not stop. In fact, a train did not stop in the village for another 30+ years. Passed by in the advance of transportation, many of the townspeople moved out to the neighboring villages that did have train stations and many traveled out to the Gold Rush.

Generally this was a farming region until WWII, when industrialization and newer types of businesses emerged. New housing and a shopping mall expanded the village by the early 1960s.

Downtown revitalization began in the early 1990s with new infrastructure, historic preservation, and another influx of new people and companies.

Mount Propect is in the north of the Golden Corridor along highway I-90, a region that generates high revenues and contributes to economic wealth in the NW Suburb Corridor. Many Fortune 500 companies and extensive business develops are located along this route.

The Golden Corridor
Manufacturing is the largest sector of local economy in the Golden Corridor. This is particularly true of Printing and Related Support Activities, Electrical Equipment, Appliance and Component, and Fabricated Metal Product manufacturing. Output increased marked form 2001 - 2010. Computers and Medical/Pharma manufacturing are the top industries here.
Buy Now

This village is located on land located in both Cook and Lake Counties, northwest of Chicago and near Mount Prospect. It is well known for horse racing at the local track, Arlington Park.

The village was created under another name as a site for a railroad station that saw its first trains arrive in 1854. Business and residents flocked around the transportation hub that grew around agricultural transport.

The local economy remained agricultural in nature oriented early on and the rise of truck farms brought growth in the mid-1800s, given the available railroads for shipping goods to Chicago. Village incorporation occurred 1887 and in 2010, the community is home 80,000 or more.

Administrative, Waste Management, and Recycling businesses have increased in the Golden Corridor from 2010 - 2016. Engineering and IT jobs continue to increase.

A Closer Look at the Golden Corridor 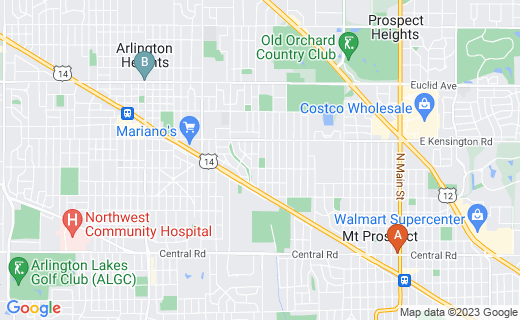 Jobs in the Golden Corridor

About 90,000 jobs were listed within 25 miles of Arlington Heights.