Stella has published a selection of travel articles and destination guides, accompanied by a wealth of photographs.

A Tropical Island Paradise in the Caribbean

St. Lucia is the place to visit if you're interested in discovering a tropical island with outstanding natural features. Of course, it's quite possible to enjoy a holiday there by never venturing far from the hotel grounds, but the island offers the discerning tourist so much more than the usual attractions of palm-fringed beaches and endless sunshine.

Nowadays St. Lucia is the playground of the rich and famous so everyone wants to go there but when I first visited in 1983 it was just another Caribbean island renowned mainly for its idyllic setting. Because of its outstanding natural beauty, it has been chosen as a location for various movies before and since.

The Pitons: St. Lucia - You'll See These World Famous Landmarks When Approaching the Island by Air

During the flight to the West Indies, I had no preconception of St. Lucia's remarkable natural beauty; but, as our plane prepared to land at Hewanorra International Airport, it seemed to me that this lush, verdant Isle was like a precious emerald set amidst a sea of sparkling sapphire. The view of the "Pitons" alone is worth the long flight from the UK. These are two dormant volcanic peaks that dominate the island and give it its uniqueness. Made famous by a brief appearance in a Superman movie, they have helped to boost the island's tourist trade.

My uncle, a Horticulturist, had requested me to take special notice of the fauna and flora whilst on the island; so armed with camera and notebook, I set off along the nature trail in the grounds of the Halcyon Days Hotel, which extended to some seventy acres.

I immediately spotted some of the old familiar favourites; the kalanchoes, yuccas and rubber plants which adorn our European indoor environment, but here in their natural habitat they grow rapidly and it is commonplace to see rubber trees growing to well over a hundred feet. Other widely known "pot-plants" such as the begonia and the much-loved Christmas poinsettia grow here in glorious abundance, their variegated leaves adding to the richness of the St. Lucian flora in all its diversity.

Bougainvillea vines cascade from the hotel balconies in a vivid blaze of varying hues; the most widely planted vine in the tropics, they can be seen almost everywhere on the island.

Three hundred varieties of hibiscus are known to flourish here and their delightful fragrance constantly permeates the air. The delicate Hibiscus blooms are used here to decorate the exotic cocktails on sale in the hotel bar and are often worn by natives and holidaymakers alike as decorative hair ornaments.

As to the wild life on the island, I saw remarkably little. The St. Lucian green parrot continued to elude me throughout my month's stay, perhaps because it is so cleverly camouflaged. Lacking a photograph I had to be content with a postcard. Humming-birds, unlike the green parrot, are almost as ubiquitous here as the humble sparrow is in Britain; they are easily sighted hovering over the pink and red flowers of the slipper plant.

Vivid green iguanas, like miniature dinosaurs, can sometimes be seen darting across the hotel foyer, causing unsuspecting tourists to shriek in dismay, and huge, noisy crickets make their presence known at night.

On the beach, I saw massive crabs which come up into the hotel grounds during the coolness of the evening. They are capable of climbing small trees but are quite amicable. These odd- looking crustaceans were even part of the hotel's entertainment program - "Crab-racing" evenings were enjoyed by holidaymakers on a weekly basis along with a "Captain Morgan's rum punch party."

I collected several empty conch shells from the shoreline to take home as authentic souvenirs and many other items of natural interest could be found when strolling along the unspoilt shoreline.

Bananas are grown commercially on the island all year round. Plantations can be seen alongside the roads, bunches of fruit carefully protected from over-ripening by blue, laundry-type bags. So next time you see a banana with a "Windward Islands," sticker attached, it may have come from St. Lucia. Plantains, a similar species to the banana are also cultivated here but they have to be cooked before they are eaten. Cherries and plums too can be seen growing alongside the more exotic fruits like papaya, guava and limes.

I watched one of the hotel employees climb a coconut palm with all the agility of a monkey; he tossed a ripe specimen to his companion who proceeded to remove the outer shell, revealing the kernel inside, splitting it open with a machete to obtain a refreshing drink. The coconut palm is a wonderfully versatile tree providing us with such valuable commodities as food, timber and even by-products for the plastics industry.

I visited St. Lucia during the rainy season (mainly between June and October) so I was lucky to see the plant and animal life on the island at its most magnificent.

After the nature trail, which I had only participated in for my uncle's benefit, I was now pleased I had done so. It was time to return to the hotel and after completing the long walk through the hotel grounds, it was good to enjoy a long, cool rum punch, produced of course, from locally grown sugar cane.

Seeing All the Sights in St. Lucia

Apart from the fauna and flora which make the island unique, There's plenty more to do and see. A boat trip along the coast is a must, but be careful with how much rum gets put into your Coke! They do tend to be rather liberal with it on the island. Day trips to the neighbouring islands of Martinque, St. Vincent and the Grenadines also available by air.

Snorkelling and a variety of other watersports are widely available and a visit to the island would thus be suited to young couples in search of sun, sand and plenty of beach activities to try. There are golf courses, riding stables and the opportunity to drive around the island in a hire car. The island isn't vast so it's quite possible to explore all the highlights with a few days car hire.

Nightlife on the island was non-existent years ago and even now it's not the sort of location for the "Young and lively crowd," who are better suited to destinations where bars and nightclubs line every street. Families and mature couples would be happy with all that the Island has to offer. A two-week stay is the ideal time scale in which to discover this delightful, emerald isle in the Caribbean.

St Lucia is also a popular port of call on Caribbean cruises.

The hotel I stayed at in 1983 was the Halcyon Days Hotel; it has since changed beyond all recognition and is now known as Coconut Bay Beach Resort & Spa. I've just taken a look on TripAdvisor and have to say it looks spectacular! I'm sure that anyone considering a vacation in St. Lucia would enjoy their time there, just as I did all those years ago. 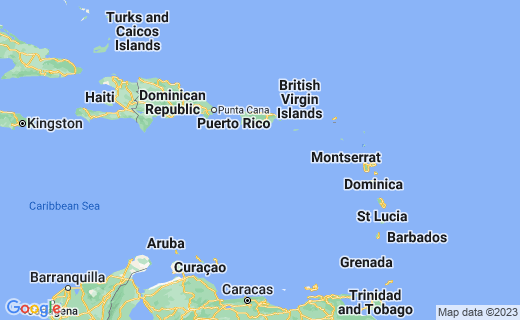 After reading this article, would you like to visit St. Lucia?