What do you do to break the boredom of long car trips? Today, it is easy to pop in a movie or let everyone plug into their various smart devices. But if you want to go unplugged from the electronics and enjoy some quality family time, consider playing some of these classic road trip games taken straight from my childhood, and maybe from yours as well!

Twenty questions is a guessing game that dates back to at least the 1940's. It is truly a classic. This game has withstood the test of time, and you can even find it in board game and handheld electronic versions.

You only get 20 questions, so choose your questions carefully! One of the classic questions for this game is "Is it bigger than a bread box?" We never had a bread box, but knew what it meant anyway. You may have to explain that one to your kids!

Boticelli is my all time favorite road trip game. It is similar to 20 Questions, but more sophisticated. Players are trying to guess the identity of a mystery famous person, but there are additional steps involved.

The game is named after Sandro Boticelli, a famous Italian painter. The idea is that the mystery person you think of should be at least as famous as Boticelli. This game is most suitable for older children, teenagers and adults, though younger children may enjoy helping out on a team.

This game can last for an hour or more, so it is great for long road trips!

I can imagine that this game might have been made up by some frustrated parents who responded to the moaning of their bored children with, "Count all those horses over there!" And that is the basic gist of this game. See how many horses and cows you can count! But there are some rules. This is how you play:

This game really brings out the sibling rivalry. Watch out when you come up on two pastures of animals - the kids may start counting very quickly and loudly over each other.

Some ideas for scavenger hunt items are:

There are some typical things everyone sees along the highway on a road trip, so a scavenger hunt is a fun idea for a long car ride. Make checklists ahead of time, one for each player. The lists should include objects that you would most likely pass. For very young children, you can draw pictures of the items or print out small pictures of the objects.

Players can compete against each other to find the same items, or you might decide to make everyone's list different. Players also can work together to find items on a master list. 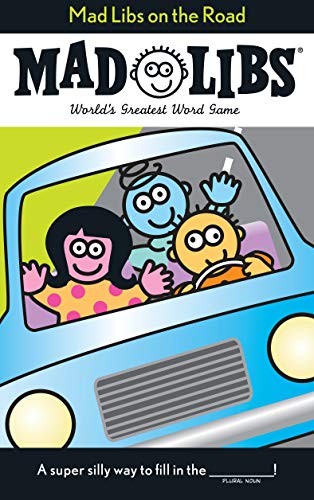 This searching game is also known simply as Signs, which refers to all the billboards and road signs you see along the way. This is how you play:

There are several road trip car games that involve searching other cars you pass. This is a good way to pass time on busy interstates. Some of the games we played as kids were:

One rule we had for all of these games was that parked cars don't count! 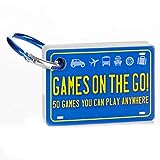 One of my fondest family road trip memories is a long ride down to Florida as a teenager. My brother and I tired of the Alphabet Sign Game and came up with our own version. Together, we would read aloud billboard signs, but added "sn" as the beginning sound for every single word. I am sure it drove my parents bonkers, but it is a funny memory. To this day, some 25 years later, I still call my father "Snad" instead of "Dad"!