Climbing Mount Pinatubo: What to Expect and How to Prepare

Famous for its devastating eruption last 1991, Mount Pinatubo is an active volcano located in the Luzon island of the Philippines. Now, years after the event, the mountain has become a popular hiker's destination for beginners and experienced hikers alike.

For this trip, we booked a package tour that included a roundtrip bus from Manila, 4x4 jeeps, and local guides for PHP2290 (approx. 49USD) each person (19 total).

I've personally climbed mountains from places like Batangas, Zambales, and Benguet, and I can say that the experience of riding the 4x4 jeeps and hiking through the unique landscape of Mount Pinatubo was an adventure quite unlike any other.

Some observations about the Mountain Trail:

The Jump Off Point in Brgy. Sta. Juliana 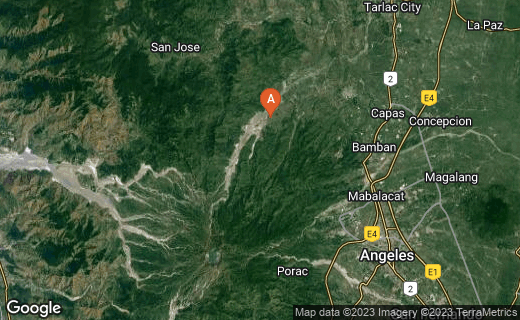 The Jump-off point to Mt. Pinatubo.

Some Precautions: Remember to Check the Weather!

Although the streams were mostly quiet when we climbed, a little rainfall during our descent showed us exactly how sensitive the landscape was. The mountain’s water systems became a bit more active and the streams in the volcanic ash canyons of the O’Donnell river cut further into the soil making some sections slightly more difficult for our vehicles to pass through. Since most of the journey involve areas that have once been covered in lahar (a type of volcanic mud) and become unstable when wet, you may need to reschedule your trip if the weather becomes uncooperative.

(In fact, we originally planned to go on February 7, but since a heavy storm approached, we had to reschedule it to February 25.)

Most of the trail is under direct sunlight so wearing comfortable and breathable clothes is a must. You can also bring a hat and some sunglasses as well.

The trail itself has little to no talahib (tall grass that can cut skin) so shorts and t-shirts are fine.

For your footwear, some regular hiking shoes would do (even running shoes or sandals would work - the trail is very easy). Unlike the soil you’ll find in areas like Batangas and Zambales which get very muddy and slippery when wet, Pinatubo’s trail is mostly filled with large stones and volcanic ash and it stays pretty stable even after some mild rainfall.

Things to Bring for your Trip:

You may want to bring some extra clothes as there are places in town where you can pay to take a shower. Personally, I put my change of clothes and towels inside a drybag just in case.

We recommend that you also bring first aid kits, just in case.

Time Table of our Trip: 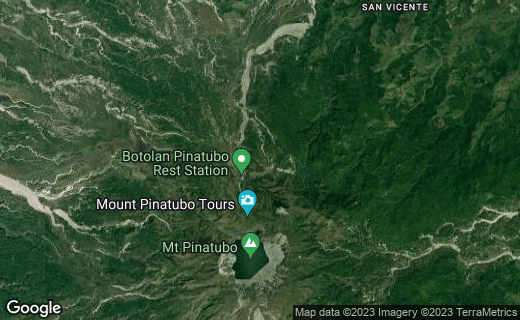 The Crater Lake of Mount Pinatubo

Are you thinking of going to Mount Pinatubo soon?