Colma, California - City of the Dead

Colma, California - Where the Dead Outnumber the Living

With a population of about 1,500 above ground and over 1.5 million underground, Colma, California, just south of San Francisco, became known as "The City of the Dead" or "City of the Souls." It's where deceased residents of San Francisco were relocated at the turn of the century, and where many of today's San Franciscans plan on retiring permanently.

The Necropolis of Colma, California

The dead needed to move to make room for the living. . .and the speculators.

San Francisco politicians at the turn of the century mounted a campaign to move the cemeteries out of the city by promoting information that cemeteries spread disease. The more compelling reason was that they wanted to free up valuable San Francisco real estate. San Francisco was already densely developed. The non-rent-paying dead could rest somewhere else.

In 1900 San Francisco passed an ordinance that no more burials were to be allowed, and in 1914 eviction notices were sent for all cemeteries to remove their dead and their monuments. Many years earlier the Catholic Church established their Holy Cross Cemetery in Colma, just south of San Francisco, making Colma the most likely destination for the now homeless dead.

"It's Great to be Alive in Colma!"

Officially established as a necropolis with an area of only 2.2 square miles, Colma holds some kind of record with 17 cemeteries, which include memorial parks specific to: Catholics, Jews, Italians, Greek Orthodox, Serbs, Japanese and even pets.

Some famous names can be found among the sleeping residents of Colma, like: William Randolf Hearst, Joe DiMaggio, Wyatt Earp, Lefty O'Doul, and many other notable industrialists, politicians and business magnates.

In spite of its density of memorial parks, Colma, with its population of about 1,500 living people, also boasts car dealerships, shopping centers and two Home Depots. Residents of Colma are proud of their little city and proclaim their motto: "It's Great to be Alive in Colma!"

My Interest in the Cemeteries of Colma, California

My genealogy research leads me to "The City of the Dead."

My great great grandmother, Agnes Woods Doxey, along with a daughter and son, were buried somewhere in the middle of San Francisco and later relocated to Colma. In the process of relocation, headstones were lost. We were finally able to locate the graves of two of them, close together, with only tiny porcelain number markers to connect them to records in the cemetery office. In addition, several other ancestors were located in the same cemetery far on the other side, with gravestones intact, as they died later and were buried there directly.

Colma is a beautiful place to visit whether you have kindred there or not. Many names are recognizable from early history. The structures are amazing. It's great to be alive in Colma, but the dead have it pretty good, too.

This piece from Colma, the Musical, is a great overview of the city.

I had no idea.

Colma: The Musical [DVD]
[By The Bookenator] I enjoyed this film. Anyone who grew up in an irrelevant place can relate to the characters. They know they live outside the main action happening elsewhere. The film explores the sense of stagnation people feel when they're ready to move on, and also tackles the darker emotional issues that drives one character away from the friends he grew up with. Nevertheless, the film tries to capture what beauty there is in this overlooked suburb. The shots of the cemetery, swirling fog and eucalyptus trees are lovely. In the end, the case is made both for the friends who leave for better things, and for the perhaps even more courageous young woman who decides there's no place like home.
Buy Now

Rest in Peace: A History of American Cemeteries (People's History)
From unsanitary pits to today's "green" cemeteries, Rest in Peace explores the evolution of burial practices and how they reflect the history and culture of the United States. Interspersed with primary source quotations and fascinating photographs, the book offers an unusual window in to the expression of American cultural identity across the ages.
Buy Now 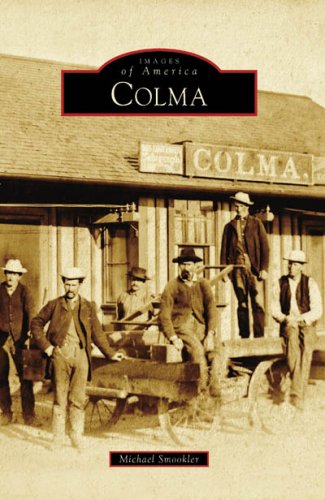 Colma (Images of America)
The official slogan of this quaint and curious town proclaims, “It’s great to be alive in Colma!” In no other city in the United States would such a slogan have the meaning that it does here.
Buy Now

Where is Colma, California? 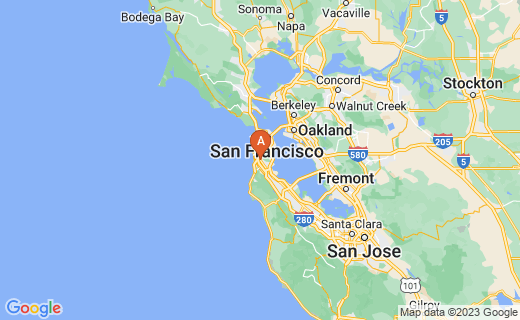 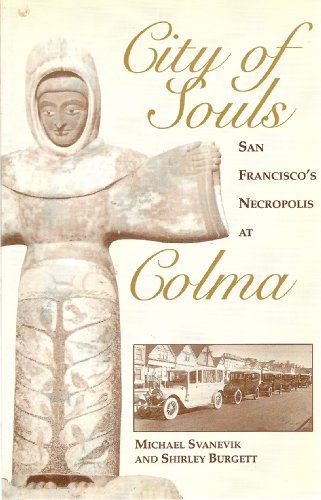 Colma: City of the Dead and Elegy for Skeptics
Buy Now

The American Resting Place: 400 Years of History Through Our Cemeteries and Burial Grounds (Hardcover)

The American Resting Place: 400 Years of History Through Our Cemeteries and Burial Grounds
To rescue the dead from oblivion, examine America's ethnic diversity and highlight shifts in cemetery mores over time, cultural historian Yalom (A History of the Breast) and her photographer son (Colonial Noir) traveled to more than 250 American cemeteries across the country.
Buy Now

Your Guide to Cemetery Research (Paperback)

Your Guide to Cemetery Research
Slogging through graveyards armed with a camera and notepad may sound morbid, but it is high adventure to most genealogists.
Buy Now

Where the Bodies Are: Final Visits to the Rich, Famous, & Interesting (Paperback) 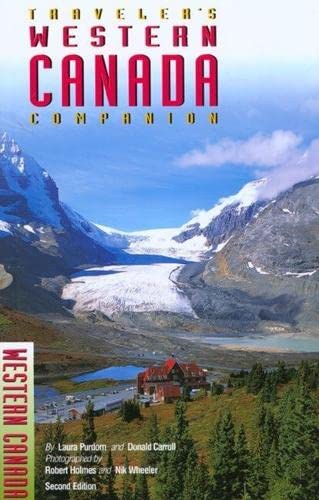 Where the Bodies Are: Final Visits to the Rich, Famous, & Interesting
Lives well-led are commemorated by gravesites, memories, and books like this. Where the Bodies Are takes the reader on a tour of the final addresses of the rich, famous, and interesting, revisiting their claims to fame with evocative, succinct biographies.
Buy Now

Current Listings on eBay for Colma

Photos used with permission are credited in individual modules. Every other photo on this lens resides in original form in my personal collection.