The former Soviet Bloc is littered with the remains of Soviet style buildings, monuments and statues. Many have been removed, some have been left to rot, and others are still being used. Below I take a look at some of the most impressive remnants of communist architecture and public art.

Some places have actually collected and set aside parks for old communist statues, such as the Statue Park in Budapest.

These structures represent a fallen and discredited ideology, yet they still fascinate many people from around the world.

This massive steel and concrete structure is found in Stara Planina, Bulgaria. It was built in 1981 by the Communist Party of Bulgaria in order to commemorate events in 1891 that lead to the secret establishment of the organized socialist movement in the country. Since the fall of communism in 1989 the Bulgarian government has stopped taken care of the building, which is now falling apart rapidly. Much of the interior of the building has been stolen (wood, steel, strap metal), or vandalized. There have been some plans to renovate the building and find other uses for it, but so far nothing has happened. 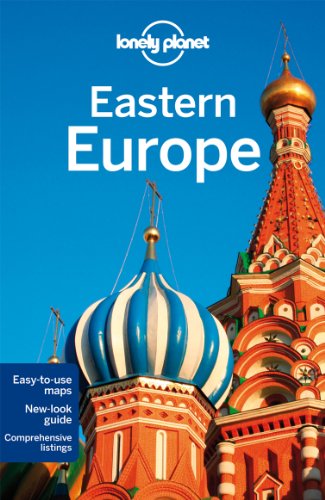 2. Palace of the Parliament

This massive building houses both chambers of the Romanian Parliament in Bucharest. It is the world's largest civilian building, the world's heaviest building, and the world's most expensive administrative building. The building was the brainchild of communist dictator Nicolae Ceausescu, who planned on calling it the House of the Republic. Much of Bucharest's historic district was demolished in order to make way for the building, unfortunately.

Construction was begun in 1982 and Ceausescu intended it to house his residence, as well as have the government operate from within its walls. By the time of the 1989 revolution which toppled Ceausescu, the building was pretty much complete, however it was missing many furnishings. Today the building houses many offices besides the Romanian Parliament as well as the Park of Totalitarianism and Socialist Realism.

3. Monument to the Revolution of the people of Moslavina

This massive monument is found in Podgaric, Croatia (part of the former Yugoslavia). It was built in memorial of the people of the Moslavina region of Croatia and to their suffering during World War Two. This 1967 structure seems the epitome of socialist abstract art. Statues resembling this one can be found in all sizes throughout the region, and similar designs can be found on paintings and mosaics on sides of buildings as well.

It might seem strange to see this well kept memorial to Soviets soldiers standing right in the center of Budapest and just a few steps from the Parliament. This memorial was set up by the new communist regime after World War Two in memory of the Soviet soldiers who died "liberating" Budapest from the Germans and their Hungarian Nazi allies. It is located on Freedom Square (Szabadság tér), right in front of the United States Embassy and in one of the most beautiful areas of the Pest side of the city.

The reason that the memorial was not taken away to the State Park on the outskirts of the city is because the governments of Hungary and Russia have an agreement to take care of each others military memorials located on their territory. Almost 200,000 Hungarian soldiers fell or went missing in Russia during the Second World War, many of whom were buried there. Those military cemeteries are cared for by the Russian government as per the mutual agreement. In exchange the Hungarian government takes care of the military cemeteries and memorials to Soviet soldiers buried in Hungary.

There has been much controversy since 1989 as to what should be done with the memorial. many Hungarians find it insulting that there is such a well kept monument to the Soviet Army which occupied Hungary for 45 years. In fact, the monument has been surrounded by a metal cordon since 2006 when protesters attacked and defaced the monument.

5. Palace of Culture and Science

This Stalinist "wedding cake" style building is visible from almost anywhere in Warsaw, Poland. It is actually the 8th tallest building in the European Union. Moscow State University in Moscow was also built in this style.

Construction lasted from 1952-55 and involved almost 4,000 construction workers straight from the Soviet Union. Needless to say, the building was never popular with the Poles, saw it and still see it as an overbearing symbol of Soviet occupation. The building currently houses offices and exhibition space.

Of special note is that the building hosted a Rolling Stones concert in 1967, which was the first one of its kind to be held behind the Iron Curtain.

Other Monuments of Interest

Below are some other monuments thrown in for your enjoyment.

The Most Beautiful for Last

Which of the above monuments would you like in your city?