Is Conflict in Kashmir Resulting in Less Kashmir Travel Plans

It is well acknowledged that peace is finally returning to the ‘Paradise On Earth’, the Kashmir valley. People looking forward to a Kashmir travel plan can take heart. The recent peace initiatives between the two warring neighbors over the conflict in Kashmir valley, India and Pakistan, have been applauded the world over.

In a paradigm shift from the outcome of recent events, both sides have returned to the negotiating table to sort out their woes in the only way that really has some promise – peace talks.

The biggest beneficiaries from this development are the people of Kashmir valley, a whole generation of who have grown up in an atmosphere of conflict in Kashmir, strife and turmoil. Long caught in a vice between the separatists on one hand and the Security Forces on the other, the people are beginning to heave a sigh of relief.

Return Of The Messiah

At long last, the smiles are finally returning. The tourists going to Kashmir for travel are returning in droves. From barely 0.3 million two years ago, 0.6 million last year, at last count close to a million tourists have already visited the Valley this year!

Known for its peace and tranquility, the Kashmir Valley has been a favorite of foreign tourists over the decades.

Old timers fondly remember the solitary British tourist taking a three day ‘Shikara’ (wooden rowboat) ride along the Jhelum River that winds its way lazily across the Kashmir valley, or the group of Germans happily camping in an apple orchard. Guides who’d take the adventurous types along the innumerable famous trekking trails on the higher slopes of the Kashmir Valley. Then there were always the backpackers who’d hire the best modified motorcycles available to bike across the world famous vale, enjoying the cool air and the enchanting landscape.

All this, however, are barely wishful glimpses of the past. For though Indian tourists have returned in vast numbers to the beautiful Kashmir valley, the foreign tourists are still highly conspicuous by their absence. Those who do make the journey to this part of the world, move right past the Kashmir Valley, into the calm and quiet of a part of Jammu & Kashmir unfettered by the turmoil- the famous cold dersert of Leh and Ladakh.

But Where Are The Foreign Kashmir Travel Lovers?

Add to that the fact that a foreign tourist is much more likely to be generous with his money when going across the Kashmir valley for travel. Also, in general, the foreign tourists are much more adventurous than their Indian counterparts, and thus give employment to a much larger variety of people like trekking and touring guides, boatmen and bike rentals, to name a few. So why is this much needed messiah of the people staying away? 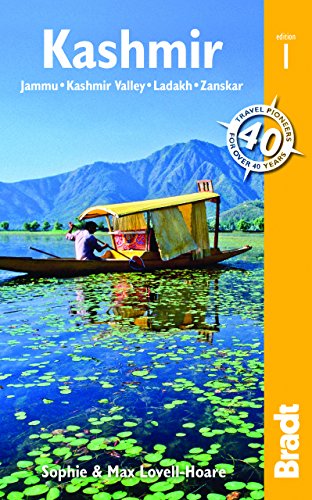 Read more on Conflict in Kashmir

Efforts By The Government

One major reason for this is the adverse travel advisory still in force against western tourists traveling to the disturbed land. The State Government has not left any stone unturned in trying to woo back the International Tourists for visiting despite the conflict in Kashmir.

Be it holding a Golf tournament for Diplomats at the famous and picturesque Sher-e-Kashmir Golf Course overlooking the magnificent Dal lake that is the pride of the Kashmir valley, or promoting the capital city Srinagar as an international convention centre, the government has been trying hard to make Kashmir travel attractive. Despite the special invitees going back with a song in their heart, charmed by the beauty of the place and convinced by the prevalent peaceful atmosphere, all such efforts have met with only limited success so far.

Though a few bold tourists have returned to the beauty of the Kashmir valley despite the conflict in Kashmir valley, the majority still stay away. Who, after all, would like to venture into a troubled land when there is there are other peaceful options? The terrorists, of course, aren’t helping any by continuing to indulge in violent acts that attract media attention.

The entire Kashmiri population is the sufferer. The latest tactics of car bomb attacks and mass protests are designed to attract maximum media attention. On the one hand, the separatists claim they are not targeting tourists with Kashmir travel on their minds, with the aim of winning brownie points with the local populace. And yet their actions have only resulted in potential tourists staying away from the Kashmir valley due to the omnipotent threat of violence.

No International tourist would willingly like to go to a violent land, however beautiful. And this at a time when Islamic terrorism is raising its ugly head like never before. People the world over are getting wary of the menace of fundamentalism, so it is never going to be easy to convince them to frequent a land torn apart by strife and conflict like Kashmir valley.

Let’s be objective. How many of us would willingly plan a trip to Afghanistan or Iraq in today’s world? Agreed, the level of violence in Kashmir valley is much lower than any of these hot-spots, but that argument doesn’t really hold much water with a potential tourist. Nobody of his own free will would like to become another Daniel Pearl, or even take the remotest step in that direction!

So perhaps it is time for the people of Kashmir valley to give a hard thought to revive the minuscule foreign tourist flow. Time to tell the separatists to let the people alone in their quest for rightful economic activity. Without public support separatists are like fish without water. It is for the people of conflict torn Kashmir valley to woo back the International tourists to this much famed land, dependent so much on tourism as a source of livelihood for its impoverished people.

At a time when tourists the world over are beginning to rediscover India, Kashmir travel should be the forerunner. And surely but surely, the tourists will return to enjoy the serenity and rejuvenating experience only the Kashmir valley has to offer. Conflict in Kashmir valley besides, the beautiful Kashmir valley with its lovely slopes and enchanting lakes beckon tourists who love nature at its best.

After all, it is Paradise on Earth!