Over 30 spirits have been identified at Pengersick Castle, including sailors searching for lost treasure, a 4 year old boy, a girl who fell from the battlements a demon dog, two murdered monks, two previous owners, ghosts from a wrecked ship and a holy man from the 14th century. Indeed, Pengersick Castle is so haunted that many people have refused to stay there. It's been described as "frightening and evil".

Pengersick Castle is an ancient fortified building, part of a much larger mansion that existed in ther 12th century. The Castle is set in 4½ acres and with a 5,000 year old history.

The ghost club have carried out many late night vigils and there's been a televised display of automatic writing, which resulted in a scribbled picture of a female face.

Pengersick Castle is widely accepted as the most haunted location in the UK and it has been the focus of many television programmes as well as getting more than a mention in numerous books, media and publications

Among the many Pengersick Castle ghosts are:

Pengersick Castle in Cornwall is a striking building and has many good reasons to make a visit.  It's primarily a private residence, but the owners make the house and grounds available as often as they can and are investing in research and digs to find out more about the house and grounds.

The ghost tours are very popular.

Always phone ahead and make an appointment for a tour.  There is a charge of £5/person. 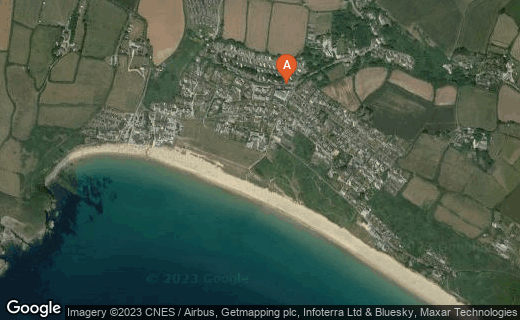 Pengersick Castle is probably the most haunted place in Britain.

Can I Stay Here?: No, Pengersick Castle is a private residence
Are there Tours?: Yes, there are ghost walks and ghost tours, by appointment only.
Telephone: 01736 762579

More in This Series of Haunted Places in Cornwall