Akihabara is the ultimate place for otaku- those who love anime, manga, and idols, as well as electronics. In my book, a visit to Tokyo is incomplete if one neglects to visit this fascinating neighborhood!

Easily accessible via the JR Yamanote line, as well as several subway lines, Akihabara sometimes goes by the name "Electric Town" as it started off as a great place to buy inexpensive electronics and other appliances.

In recent years, Akihabara has become a center for otaku culture, catering to major anime and manga enthusiasts, in addition to serving as the headquarters for AKB48, a famous Japanese idol group. As the otaku aspect of Akihabara gained precedence, cosplay cafes began to spring up all over the place. Now, the neighborhood is positively swimming in them!

Cosplay cafes are restaurants in which the waitresses dress up in costume and serve you in character.

The most popular type of cosplay cafe is the maid cafe. In a separate article, I wrote about what it is like to visit a maid cafe, but the gist is this: the waitresses, dressed in fluffy maid costumes, refer to you as master, bounce around the (cutely-decorated) cafe, and frequently break into song or say embarrassing but adorable and very moe-inducing things when they serve you food or take your order.

Some maid cafes have adapted from the simple maid-centric format to incorporate other otaku-beloved facets of games, manga, and anime, such as the character development process known as tsundere, in which a character starts out cold but eventually warms up to you. In tsundere maid cafes, waitresses initially greet you with scorn, don't heed your orders, and serve you angrily, but get clingy and lovey-dovey when it's time for you to leave.

Right next to Akihabara station, for example, is a Gundam cafe. There is also an AKB48 cafe, which, at the time of my visit, was so popular that visitors needed to line up and get special tickets just to enter.

On the streets of Akihabara, you will find no shortage of cute girls in costumes promoting their cosplay cafes, but some themed costume restaurants are more well-known than others. Here are the most famous ones: 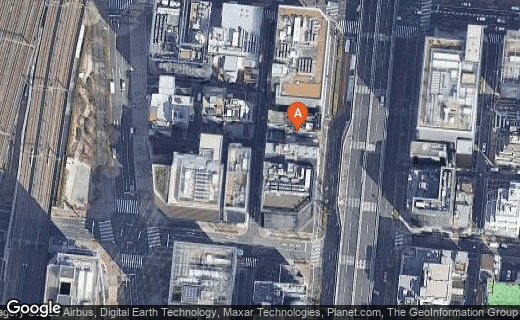 Other things to do in Akihabara

In addition to visiting a cosplay cafe in Akihabara, I encourage you to just walk the streets and do some people watching. If you're looking for some cool new gadgets, anime, or manga, this is also a great place to shop. And if you want to buy some inexpensive costumes to get your own cosplay on, visit the Don Quijote building.

If you're an AKB48 fan or want to see what it's like to watch a bunch of young women perform in front of a crowd of otaku, visit their official site to reserve tickets (they have a special application process for foreign visitors). If I go back, I shall definitely try to make it out for one of their shows.

I also recommend visiting Akihabara on Sunday afternoons, when they close off the main street to autos, and on evenings, when the amazing lights and sounds remind you why they call Akihabara "Electric Town" in the first place.

Have you been to Akihabra? What did you think of it? What would you recommend? Let us know in the comments!