Democratic Republic of the Congo is one vast country in Africa. It is located at the central part of Africa and surrounded by nine countries. This is the 10th largest country in the world. The country had severe brutal colonial history where King Leopold-II of Belgium took control of this territory in 1880. He introduced slave labor which was widely practiced by the colonial masters. However, due to the change in governance system in Belgium, it was handed over to the new government as "Congo the Free State" in 1908. The country have about sixty six million population and is divided into 11 administrative provinces. It's capital city is Kinshasa located on the bank of river Congo opposite to Brazzaville of Congo the Peoples Republic. This country is very rich in natural resources and have the largest forest in the world after Amazon.

This country is the home of ancient tribesmen of Africa for centuries. It was in 1880, when the European invaders from Belgium under King Leopold-II took control of this country and colonized it. Many of the locals were enslaved by the new rulers and widespread slave labor was introduced. In 1908, the country was declared as "Congo Free State" by the Belgian government and many historic reforms were made to facilitate better life for the local people. During this time, locals were allowed to get job in government offices and many educational institutes were set in sub-urban areas. As such the locals were increasingly becoming conscious about their rights. In the month of June 1960, the country was declared independent which was very effectively led by Patrice Lumumba who became Prime Minister and Joseph Kasavubu who was sworn in as first President. The country experienced many insurgency within short period of time and was an invading ground for many military forces of neighboring nations. The country is very rich in mineral resources and have attracted many actors to interfere in their political affairs. It is still facing many small scale insurgency which is causing serious threat to the security of its populace.

The country is a democratic republic. It has its president as the head of the state and the Prime Minister is the head of the government. President is alone allowed to exercise executive authority while the parliament is responsible to formulate laws. Each provinces of 11 have their own administrative and legislative council who are responsible to the central government. Among the provinces, Oriental is the largest and Kinshasa is the smallest. Each of these government body is elected by the popular votes for a term of five years. However, the President has the authority to seize the authority of provincial governments. The provinces are divided into different territory whose heads are nominated by the provincial parliament. The territories are further divided into collectivity and groupement whose leaders are selected by tribal people.

The total estimated population of the country is about sixty six million. Most of the people are living in villages scattered all over the state while a good number of them still lives in forest lands and bushes. About 40% of total population lives in towns. The country is very vast comparing to its population. Thus, a huge size of the land has no habitation but jungles. It has the largest forests land in Africa and second after Amazon. There are good roads communication in the Western part of the country than the East. However, there is no direct road communication between many provinces and the capital. There are even provinces where no asphalted roads are available but of soiled roads. There are cities like Bunia, Mambasa, Dungu, Faradje, Watsa, Fataki, etc which has no asphalted roads either. However, during dry season most of the roads gets dusty but during rainy season they are stable.

The country is very rich in mineral resources such as gold, coal-tan, copper, diamond, marbles, gas and recently discovered oil. Most importantly, the huge forest is the main backbone of it's economy. People living in sub-urban areas and villages rely heavily on agriculture, timber extraction, illegal mining and hoarding of animals. There are many canals and rivers in this country with huge hydro-electricity potentiality. But, due to poor governance and corruption, not much of this could be utilized yet. Export of mineral resources is the main income source of the country and it relies heavily on imports to meet domestic needs as not much industrialization took place into this country. The country is facing very high number of unemployment which resulted young generations to join with illegal armed groups and insurgents. Due to political instability and corruption, the economic progress is very slow and thus the country remains one of poor country in the world with one most rich land. 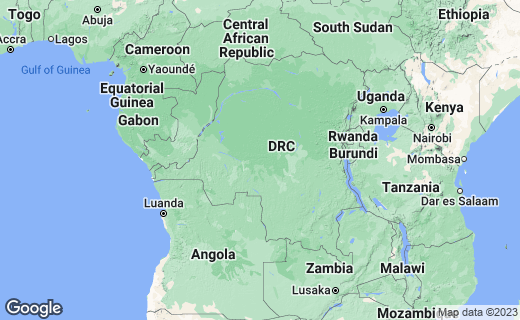 How did you find the contents of this post?

This document is written based on personal experiences of the writer and does not represent any official statement of the state body or any other organizations. However, maximum effort was made to provide an overview of the country and not to criticize or degrade anybody. If anyone finds the statements in this document to be disturbing, then please feel free to write that in the comment section.