Darlington: Historic Home of the Railways 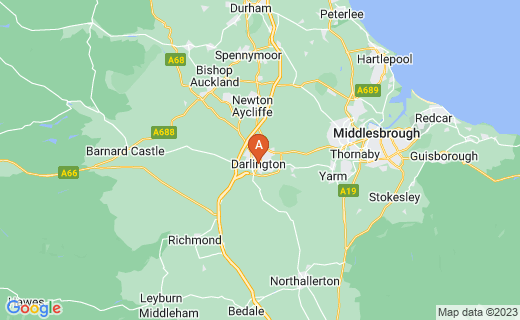 History of the Town

Darlington is a town and Borough nestled between the Durham/Yorkshire border. It also has a border with Teesside.

There has been a settlement on the site since Anglo-Saxon times and there is evidence of earlier settlements around the area. In 1183 St. Cuthbert's Church was built on the Bank of the Skerne however this site is known to have religious connections that date back even further than that time. The Church as it stands today is Grade 1 listed and is one of the most important in the North East. It is not the oldest Church in the Darlington of today. That Honor goes to St. Andrew's in Haughton-le-Skerne about 2 miles up the road from the Town Center.

The Town grew steadily but it was not until the 1800's that the Town got itself on the map. In 1821 an act was passed that allowed the building of a Tram or Railway that was to serve the Pit industry of Durham and transport the coal to the Sea for distribution. The line was to pass through Shildon and Darlington and then on to Stockton. The line opened in 1825 but was later extend to Port Darlington, now part of Middlesbrough as the Stockton site was not suited to large ships. 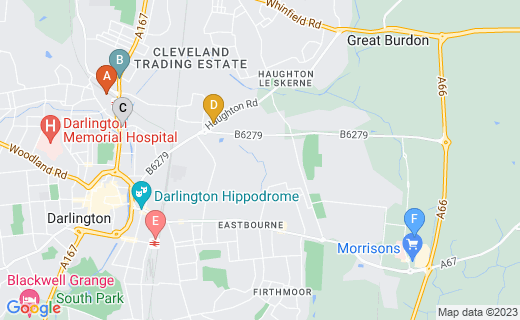 The Old North Road Station building dating back to 18

The Clock that was once attached to the North Road Shops railway works. It now takes pride of place on a newer building in the same location.

Above are just a few of the Locations that have some connection with Darlington's Railway Heritage.

Head of Steam is the name given to the council run Railway Museum in the town.

The Museum's most famous resident is Locomotive No.1, the Train that started it all.

For information on opening times and prices see link below.

On a nice day you can take a walk from the Railway Museum and visit some of the historic locations connected with the railways.

Your starting location is the car park at the Museum which can be appreciated from the outside. From here head towards Elders Walkers Glass and then turn left and head down towards the steps to the new open air station. Once you are on the main road turn Left and head North. Cross Bonomi Way, named after Ignatius Bonomi who had connections to the railway. You will have to cross another road but you will see your first destination in sight, the Clock that is attached to the Wall of the Morrisons store. This clock was once attached to North Road Shops where many of the best steam trains were built and maintained. If your hungry why not enjoy a meal in their Cafe. There are some photos of the site when it was the Shops inside as well that may interest you.

Once your ready to move on head back to the street and cross the main road and head back down the road. You will come to a road with traffic lights and at this point you need to turn left and head along passed some houses until you come to a cut that leads you down to a river. This is the Skerne and if you turn right and head under the road bridge you will come up on the North side of the Skerne Bridge. You can walk through to the other side and take a look at it from the South.

You can head back to the museum from here through a newly opened path that takes you back onto North Road. However there is one more bridge to see that is just a short distance back along the path. Head back the way you came but instead of going back to the road follow the path along the river and past some allotments. You will soon come across another railway bridge. This one is allot taller and longer and a little newer but is still important as it is one of the oldest in the town to carry the main line. There is more to see along the river but not much railway related so its time to head back to the museum. It should be easy to retrace your steps.

After the Railways came, the town continued to grow around this great industry. Houses were built for the people who worked within the industry.

The Railway helped bring more industry and trade to the town which in turn allowed the town to continue to grow and start to envelop some of the surrounding Villages.