Holidays and celebrations in San Antonio

Welcome to the Alamo!

Downtown San Antonio, the epicenter of cultural diversity in south central Texas, is a place I've loved to be from the moment I was first introduced to it back in October 2007. Driving around Alamo Plaza on my first trip into the city center, hanging out of the passenger side window of my fiance's truck like an excited hound, camera at the ready, I was completely taken aback at my first glimpse of the Alamo. I now realize what a cliche it sounds when I say that, up until that moment, I had believed that the Alamo was a ramshackle building out in the middle of desert-type land, and guarded by cowboys on horseback. Oh how wrong could I have been! The Alamo sits facing the very modern, 'Ripley's Believe it or Not!', and is a few doors down from the Haagen Daas ice-cream shop. The 'cowboys' are actually a single Texas State Guard who stands out front looking extremely bored and uninterested in the scores of tourists taking his picture, occasionally glaring at the little kids who ignore the "keep off the grass!' signs.

In size, the Alamo is comparative to a small house, and inside is a huge disappointment if you were expecting something spectacularly furnished or quaint. There are a few knickknacks from the days of Davy Crockett and James Bowie (he that the knife was named after), and some maps - the biggest attraction being the expensive gift shop which is filled with everything from books to toy soldiers, fridge magnets to postcards, and a scale model of how the Alamo had originally looked.

The gardens are pretty, although you aren't allowed to step on the grass, and there's usually too many people milling around for it to be a peaceful experience, but still, it's good for photographs, and better still, it's free to walk around (as is the Alamo).
I've never been much of a history buff, so it's no surprise that the one bit of 'historical' information that I did absorb was the part about Ozzy Osbourne peeing on one of the Alamo's walls during a visit to San Antonio. Typical!

The Riverwalk seems to go on forever, and all along the way there are restaurants, cafes, bars and pubs, most with outdoor seating areas and rather expensive menus. At Christmas time, the trees along Riverwalk are adorned with so many beautiful lights and decorations that it feels as though you're walking through Santa's grotto, and the only thing missing is Santa himself! I really do love the ambiance at Christmas time especially - the giant Christmas tree in front of the Alamo on Alamo Plaza draws thousands of winter visitors each year, and makes for a great photo opportunity! Plus all the popular sight-seeing horse-drawn carriages are decked with ribbons, bows, and Christmas lights, lined up alongside the Alamo wall, waiting for tourists. In March, for St. Patrick's Day, the river is actually dyed bright green in celebration - the San Antonians certainly like to celebrate and party at any given opportunity!

Fiesta Texas is held in San Antonio each April, and people attend from all over the world. I have actually never been to any of the events, simply because it's so crowded, very hot, and quite expensive (for food and drinks, etc), but on the few occasions that I've driven downtown during Fiesta, it's been a wonderful atmosphere of music, laughter, and delightful cooking smells! One of my favorite places to wander around during Fiesta (and Christmas, too!) is the King William District. Some of the most beautiful, extravagant, stately-looking old houses, decked out with multicolored ribbons and banners, colorful door wreaths and bunting, all just begging for their photos to be taken! I think most of the neighborhood's residents have seen the top of my head poking above a bush, and the lens of my camera trained on their abodes at some point or another!

The simple fact is, San Antonians love to party. Any occasion is an excuse to crack open the beers, fire up the grill/BBQ, decorate their homes, and have a dang good time, and if you would like to be a part of those celebrations, then head on over for a visit and be prepared to be wowed! 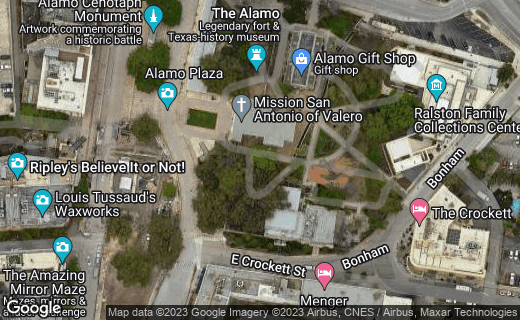