Sunset viewed from the "Duck"

Last week, I had the privilege to experience the one and only amphibious craft - duck tour, in the city of Malacca, Malaysia with my son and my niece after months of pestering from my niece. The zest of these kids over this duck tour simply amazed me. Being the first of its kind in the country, the tour features a 45 minutes ride on a RM2.5million amphibious craft around historical sites, monuments and the Straits of Malacca. If you have not heard of Malacca or Melaka (in Malaysian language) before, it is located two hours drive from Kuala Lumpur, Malaysia. In year 2008, the historic city centre of Melaka has been added into the list of UNESCO World Heritage sites for its government buildings, churches, squares and fortifications that demonstrates the early stages of this history originating in the 15th-century Malay sultanate and the Portuguese and Dutch periods beginning in the early 16th century. The influences of Asia and Europe have endowed the towns with a specific multicultural heritage that is both tangible and intangible.

We went to the ticket counter and assembly area for boarding the “duck”, located next to the famous revolving tower, Menara Taming Sari. The tour departs every hour, starting from 9am to the last tour at 6pm. We were there close to 5pm but were not able to take the 5pm tour as it was fully booked. It seemed that the duck tour has engaged the travel agency to attract tourists to this tour. So, to avoid disappointment, it may be a good idea for a walk-in customer to book the tour in advance. Anyway, we were able to join the 6pm tour. And it turned out to be a better choice, as we can view the sunset from the Straits of Malacca!

We waited for the “duck” at 6pm but it was late. It didn’t arrive until 6.15pm. The tourists coming down from the vehicle looked like they had a really fun trip. They took so many photos with the tour guide and drivers, and exchanged a few words before bidding goodbye.

We boarded the 38-seater craft and waited for other tourists from tour group to arrive. The seats were filled up. With pricey RM38 per adult ticket, I was wondering if the business was feasible, and I was surprised that the company managed to attract the tourists through tour agencies. The tour guide started the trip with safety briefing. Then, he introduced the two drivers, one for the road trip and another for the sea trip.

We passed by the Dataran Pahlawan shopping centre which is also the historical site where the first prime minister of Malaysia declared in 1956 that the country would gain independence in a year time from then. “Merdeka, Merdeka” meaning independence, were as if heard from the “duck”, when the tour guide told the story. Then, we were driven to the Malacca Island (Pulau Melaka) which is a man-made island from reclaimed land. From this island, the “duck” quacked passed the presently under-constructing Melaka Arab City shopping mall and turned left after the mall, where we saw a slope for us to descend down to the sea. Before descending, the sea driver took over. The tour guide warned us of some swerve as the boat went from the tar road down the slope to the sea. We were expecting huge water splash and some commotion. We were nervous. Disappointment or relief, the experienced driver drove us through the amphibious ride smoother than driving on the rocky road! Hardly any much water splash at all! The photo on the right is “deceiving”, we didn’t experience that adventurous splash. I guess the driver has learnt the perfect skills to ensure the smooth ride.

As soon as we entered the sea, we were mesmerized by the Malacca Straits Mosque (Masjid Selat Melaka) on our right. Looking like a mosque floating on the sea, this mosque is the one and only Mosque build at the coast of the Strait and at the water level of the sea.

On the left, we could see Besar Island (Pulau Besar), a natural island. This island has the shape of a sleeping pregnant lady and is famous for mysteries and myths. For example, I was told that we should refrain from eating pork a day before entering this holy island, or else, we may encounter unpleasant experience. It is believed to be sacred due to many tomb of historical figures scattered all over this island.

Cruising on the sea, the sunset view is simply mesmerizing. The ducks felt lighter than it was on the road, and it rocked slightly on the sea. We were captivated with the panoramic view of Straits of Malacca Mosque, jetty, Taming Sari Revolving Tower, Eye of Malacca from the straits. The Taming Sari tower was especially magnificent, viewed from the Straits. This tower was named after the Taming Sari keris, a mythical weapon said to possess mystical powers belonging to the legendary Malay warrior, Hang Tuah. The structure of the tower design followed the shape of the keris, with the peak of the tower resembling the its hilt. This tower can bring 80 people up 110 metres in height in glass cabin that hypnotically revolves as it rises from the ground to the top of the tower. Once it reaches the top, a breathtaking, sprawling 360-degree panoramic view of Malacca town as far as the eye can see is clearly visible.

As we ascended at the bay to Eye of Malaysia, the tour guide explained the history of this amphibious vehicle which was technically called DUKW, more popularly pronounced as “duck”. This six-wheel amphibious vehicle was originally designed by General Motors Corporation during World War II for transporting goods and troops over land and water, and for the use of approaching and crossing beaches in amphibious attacks. After World War II, reduced numbers of DUKWs were kept in service by the United States, Britain, France and Australia and many more are still stored pending disposals. Hence, some of them have been sold and redesigned for touristic purposes.

As we passed by Eye of Malaysia, we could see children flying kites on this windy evening. The scenery is simply so pleasant and calming. I must bring my son and niece to play kite in this area one day!

Tickets for the ride are priced at RM38 for adults and RM22 for children while students will be charged RM28. There is also a RM100 family package for two adults and two children.

After getting a fantastic panoramic view of the city’s historical landmarks and gorgeous bay view through embarking on this land and sea adventure, a remodelled World War II amphibious war craft, we proceed to scrumptious satay Malacca (aka Lok-lok) for dinner.

Duck tour is simply a magnificent way of seeing this historic city, Malacca. Don’t miss it if you ever decided to come to this place for holidays. 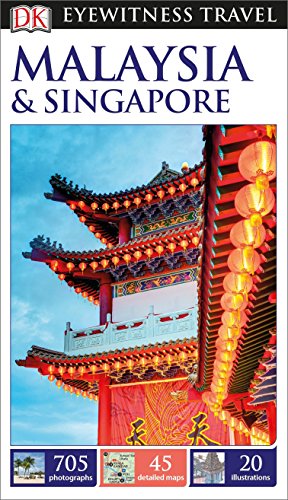 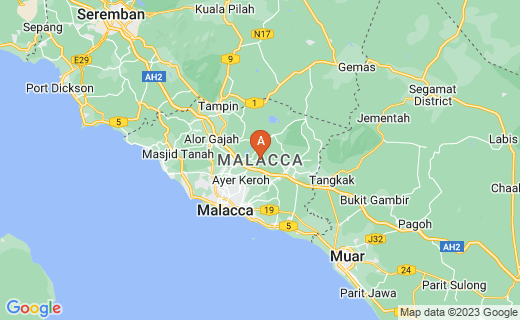 Location to start the Duck Tour

Other Interesting Places in Malaysia