Ecuador straddles the equator from which it takes its name and encompasses an area of 285,561 sq. km (109,415 sp. mi.) of lush subtropical forest and towering mountains. It is a democratic republic, having attained its independence from the Spanish colonial empire and republic of Gran Columbia in 1830. It is bordered by Columbia to the north, Peru to the east and south and the Pacific Ocean on the west. It is the only county, other than Chile, that does not have a border with Brazil.

The United Nations Educational, Scientific and Cultural Organization (UNESCO) recognized Quito Ecuador, the capital of the country, as a World Heritage Site (WHS) in 1978, owing to its preservation of its original downtown area. The Galapagos Islands also received this designation the same year. In 1981 Sangay National Park was bestowed this same honor and later, in 1999, Cuenca was recognized for its old city perpetuation.

There are more than 50 volcanoes on the mainland of Ecuador and over two thirds of those are considered active. 27 additional volcanoes exist on the Galapagos Islands, which is considered one of the most volcanically active areas in the world. The section of the Pan-American Highway between Quito and Baños is referred to as "Volcano Alley" due to its abundance and easy access to these pyroclastic giants. 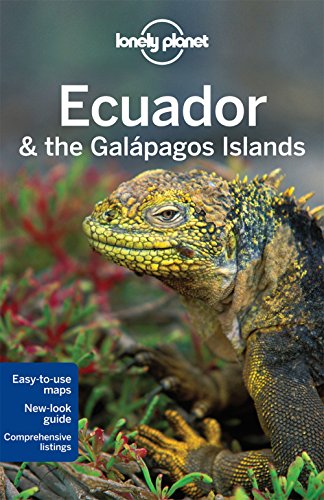 Although Ecuador is a small country, slightly larger than Great Britain, it boasts over 1,600 species of birds, more than the United States and Europe combined. This diminutive nation is home to over half of the known avian species in South America, with 22 avian orders and 82 families represented. There are 42 endemic varieties on between the mainland and the Galapagos Islands along with 77 birds that are globally threatened. In addition, there are 106 endemic reptiles, 138 endemic amphibians, and over 6000 butterflies. Due to this biodiversity, Conservation International ranked Ecuador as one of the seventeen-megadiverse countries of the world. In 2008, with the ratification of its new constitution, it became the first country to recognize "Rights of Nature" as legally enforceable.

In 2005, with the assistance of BirdLife, Ecuador became the first country in the Southern Hemisphere to recognize Important Bird Areas (IBAs) as areas of public interest. The “Mindo and Northwestern Pichincha Volcano” area was designated as an IBA in 1997. Since that time 106 additional locations have been recognized throughout the country. p>

Ecuador began using the US dollar as its official currency in 2000. Prices are fairly reasonable on locally manufactured articles but all imported items come at a significantly higher cost. ATMs are readily available throughout the country.

The larger cities, such as Guayaquil, Quito and Cuenca, are very modern and come with the expected amenities. Fast food restaurants such as McDonalds, KFC and Burger King are represented and there are many upscale dining establishments available for the more refined pallet. Five star hotels like the Hilton Colón, the Marriott, Swiss Hotel, etc., are available although there are many excellent, lesser known accommodation that can be procured at a more reasonable price.

Transportation throughout the cities and the country is inexpensive and readily available. Busses, taxis and air travel are quite adequate and the frugal visitor can save by using these means of conveyance. Busses generally stop operation in the late evening but taxi service can be acquired throughout the night.

The country of Ecuador can be divided into four distinct regions: The Amazon Basin (Oriente), the Sierra (Andes Mountains), the Coast and the Galapagos Islands.

The Amazon Basin, or Amazon watershed, can be subdivided into the eastern Andean foothills and the Amazonian Lowlands. This entire area provides the water drainage for the Amazon River. There are three major tributaries that dissect this region: the Napo, the Pastaza and the Putumayo. The Amazon Basin is the least modernized and least populate of the four main regions and as a result has fewer tourist accommodations. However, there are many eco-lodges for those who wish to experience nature firsthand.

The Andean Mountain Range bisects the country from north to south. There is a wide valley that divides the Occidental or Western Ridge, which descends to the Pacific Ocean, and the Oriental or Eastern Ridge, which gradually declines to the Amazonian jungle region. The Inter-Andean plateau lies between these to mountain ridges.

The Sierra is home to Quito, the capital of Ecuador, along with its 1.6 million inhabitants. At the southern end of the country is the city of Cuenca, the third largest city in this small nation. These two locations will provide a diversity of activities for both the young and old.

Ecuador has 640 km (400 mi.) of Pacific coastline along with several small islands. The coastal region extends from the western foothills to the fertile plains and sedimentary basins of the seashore. There are numerous rivers crisscrossing this region, providing bountiful habitat for numerous species of birds. Isla de la Plata, about 30 km (20 mi) off the coast of Puerto Lopez is referred to as 'Little Galapagos' as it provides refuge for many of the more popular birds found on the archipelago such as the Magnificent Frigate bird, Waved Albatross and the Blue-footed Booby.

Ecuador has 640 km (400 mi.) of Pacific coastline along with several small islands. The coastal region extends from the western foothills to the fertile plains and sedimentary basins of the seashore. There are numerous rivers crisscrossing this region, providing bountiful habitat for numerous species of birds.

Guayaquil, the largest city in Ecuador with over two million inhabitants, is an international sea port and provides numerous opportunities for the traveler. Also, the beaches along the Ruta del Sol (Route of the Sun), furnishes visitors with many aquatic sport possibilities such as surfing, fishing, boating, scuba diving, etc. The town of Salinas hosts an annual bill-fish (swordfish, marlin, etc.) tournament shortly after the first of the year.

The Galapagos Islands, the most popular travel destination of Ecuador, is locate 1000 km (625 mi.) from the mainland coast. Also known as the Archipelago de Colón, it is a volcanic chain of 15 main islands along with three smaller islands and 107 rocks and islets. There is 7,880 sq. km (3040 sq. mi.) of land mass sprawled over 45,000 sq. km (17,000 sq. mi.) of ocean waters. The climate is comfortable with year-long temperatures ranging between 22-25 C (72-77 F). The entire Archipelago is designated as a national park and is designated as an endangered area. Entrance to the park is $100 for foreigners and $6 for nationals. The highest point on the islands is 1,600 meters (5,260 feet). There are 28 endemic bird species on the islands with 10 Important Bird Areas recognized by BirdLife International.

There are several major airlines providing access to both of Ecuador's major cities: Quito and Guayaquil. Quito, slightly south of the Ecuador, provides entrance to the northern regions of the country. Guayaquil, located further south on the coast, provides access to the southern provinces. The Galapagos Islands can reached by flying into either of these cities.

Most tourist areas can be accessed using either public transportation or private vehicle with the exception of some of the more remote areas of the Amazon basin. These regions may require engaging chartered aircraft or canoe for entrance. A vehicle with high clearance is recommended as many of the access roads can be poorly maintained.

Quito, Guayaquil and Cuenca are all modern cities, providing the amenities expected of such locations. Hotels range from budget to 5 stars. Dining experiences can vary with many international restaurants featuring cuisine from numerous countries. However, one should be cautious when partaking of some of the local delicacies from street vendors. Sanitation laws are not strictly enforced and visitors can have their vacations interrupted while spending time ridding their bodies of unwanted parasites.

Once a traveler gets away from the major cities they will find lodging and food prices considerably more reasonable. Rooms for $10 to $15 per night, including breakfast, are common and accommodations can be quite comfortable.

Travel agencies provide many tour packages for the foreign visitor, ranging from very expensive to the more frugal. There are many guides that are available in the various areas and cities but one should be cautious to investigate the qualifications of the individual before contracting services.

Ecuador is a beautiful little country bounding in color and adventure. With a little web research a dauntless traveler can enjoy a gratifying experience as they discover the generous riches this tiny nation has to offer