England, Great Britain and the United Kingdom: Terms Not Interchangeable

To make matters worse, there is also the Commonwealth. This involves countries that still have Britain’s monarch as their head of state—countries that were once part of the British Empire.

It is important to understand the difference between the many names given to the British Isles. It takes some time and patience but you will gain the respect of many Englishmen, Scotsmen, Irishmen and Welshmen around the world.

The Countries that Make Up the United Kingdom

The United Kingdom is made up of four countries: England, Scotland, Wales and Northern Ireland. They all have one Head of State, who is known as the Monarch. The current monarch is Queen Elizabeth II, with Prince Charles has her heir to the throne. This monarch is Head of the Commonwealth, which is an entirely different subject to cover and won't be dealt with during this hub.

All countries of the United Kingdom use the same currency—Pounds Sterling. However, they have separate banks. The Bank of England is separate from the Bank of Scotland, for example. Coins and notes from each of the countries can be used in every one, as long as Pounds Stirling is the currency. 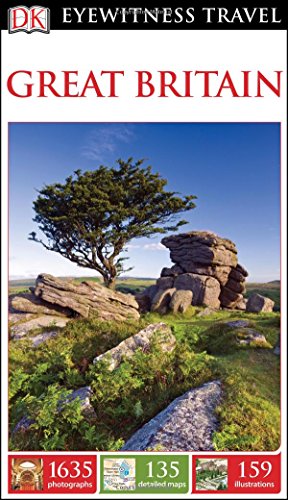 Northern Ireland Is Not Part of Great Britain

Great Britain formally came together on May 1, 1707. Before this, it never existed. The monarchs from James I of England and VI of Scotland were monarchs of England, Scotland and Ireland. For many years, Wales was simply part of England and had no real nationality of its own. England, Scotland and Ireland kept their own parliaments and only joined due to the death of Queen Elizabeth I of England on March 24, 1603. She died without children and the crown passed to her cousin, James VI of Scotland. It would have remained in the hands of an English heir had it not been for the attempt to overthrow Mary I of England 50 years before.

It was Queen Anne who helped to bring about the union of England and Scotland, something her sister, father, uncle and grandfather had failed to do before her. Anne made it clear that it was necessary to bring about a union between the two countries. The Act of Settlement 1701 had already made England’s parliament the parliament of Northern Ireland.

Scotland wanted to preserve the Stuart Dynasty but wanted to remain a country in its own right, with its own parliament and laws. When the Act of Settlement was passed, Scotland passed its own Act of Security. This meant that should Queen Anne die without children, they would be able to choose their own Scottish monarch; someone related to the Stuart Queen. It would not be the same person who came to the English throne, unless there was an agreement that Scottish merchants had freedom of trade.

That Act of Security needed royal assent from Anne and she refused. However, Scotland started to withhold supplies and the queen had to give in. The two countries went back and forth with Acts of Parliament until the Act of Union was finally created, joining the two countries under on parliament in London; the capital of England, Great Britain and the United Kingdom.

Despite being part of the United Kingdom, all four countries are separate in their own right. They all have their own sports teams and compete against each other in the Commonwealth Games. They only join for the Olympics and similar events. However, they are now governed mostly by one parliament.

In fact, from 1707 until 1997, the four countries were governed by the Parliament at Westminster. It was Tony Blair’s Labour government that introduced devolution. Scotland gained its own Parliament and could set its own Acts and had freedom over things like tuition, health care and taxes. Wales and Northern Ireland gained assemblies. They have elected members but have very little power to do anything.

The laws also remain different. Someone studying law in England and Wales will not be able to practise law in Scotland or Northern Ireland. Scotland still has many laws—and does not recognise many of the English laws. For example, Scotland has no law against theft apart from that which is in Common Law (a completely different subject to cover!), whereas England as a Theft Act! The laws are very different and for the separate parliaments and assemblies to decide. Only Wales follows all of England’s rules and laws.

There is a referendum to be held in Scotland in 2014. This will determine whether Scotland will become an independent nation once again. The parliament will make all the laws and regulations and will decide everything. The British parliament will have no say in matters should independence happen. However, Scotland will also lose the right to use the currency, will need to create its own army and will also decide whether to be part of the Commonwealth or lose the monarch as the Head of State.

Rules, Britannia: An Insider's Guide to Life in the United Kingdom
Buy Now

The next time you hear British news and media talking about the different terms, you know which countries are being involved.

How Much Have You Learnt About the United Kingdom of Great Britain and Northern Ireland?