Aboard the Charles Morgan at Mystic Seaport

An impressive old whaling ship, the oldest and only whaler still afloat, could easily have served as a model for Herman Melville's "Pequod" in his novel Moby Dick (1851). She was first launched in 1841 and was one of over 600 whaling shipps in the American fleet. They all went to sea in search of whales for their oil (long before petroleum was discovered in the 1890's. She made 37 voyages during her eighty year career.

The Morgan hunted mostly in the Pacific Ocean spending three to four years per hunting expedition. During this time up to fifty whales were vanquished with their blubber cut up into strips and melted in boiling vats aboard the upper deck of the ship to be stored in wooden barrels and sold for a healthy profit when she arrived back at port.Whale oil was used for lubrication and lighting back in the nineteeth century. Her crew, like Melville's "Pequod," was comprised of a mix of Americans, Europeans, Asians, Polynesians and West Indians.

Run-away slaves who managed to escape to New England were fortunate indeed to be hired on as a crew member because they would remain undetected at sea for up to three years or so. The captain of this ship named after him, Charles Morgan, made it a point to hire on several run-away slaves each voyage out to help make up a crew of three dozen men. Here would be a great plot for some writer's new novel.

Our visit to the Charle Morgan ten years ago in Mystic Seaport, Connecticut (where she has been harbored as a historic exhibit since 1941), was with our friends Gordon and Jean Fader who live near the port. In fact, Gordon served as a volunteer worker at Mystic Seaport. We all boarded the ship and took a tour to view the large boilers atop the ship and to visit the captain's quarters as well as the bunkrooms for the crew.

We were surprised to be treated to a singer on top deck who sang, with great spirit, many an old whaling chantey. We could all imagine ourselves as crew members going out to sea on this old ship, especially with the constant laughter of herring gulls circling around in the blue sky above.

We recently revisited Mystic Seaport and this great old whaling ship after which we experienced the joy of hearing old whaling shanties sung by a local musician.

For those interested in reading more about this whale ship, see Marion Dickerman's book The Story of the Last Whalers (2010).

Did you know the movie Mystic Pizza was filmed at the seaport? 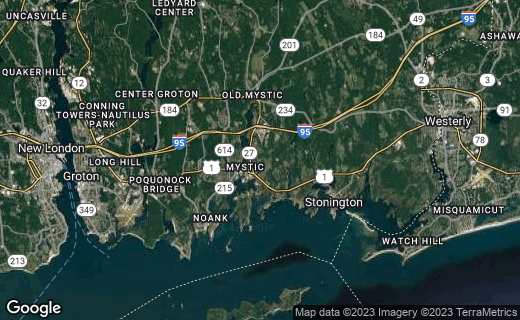