The eruption of the Icelandic volcano Eyjafjallajokull has brought complete disruption to the skies over Europe.

The maps above show how flights have been restricted to flying around the ash cloud, shown in red. Where the shading is darkest, it indicates the cloud is extending higher into the atmosphere.

The flight ban was was partially lifted on Tuesday - five days after the eruption. EU transport ministers agreed to allow limited flights within Europe after flight tests showed the density of the volcanic ash in the air was diminishing.

" For those of you wanting to travel to Europe over the next two weeks I would forget it ."

"Eyjafjallajökull" Such a word never existed or was never used. Within a week everyone oberving western media was hearing it hundreds of times a day. Now such a difficult to pronounce. The word has held up to ransom the World's entire Airline Network. Costing many millions to date and more millions to come as travellers are more and more backlogged as aircraft are grounded.

The satellite maps above show how the ash cloud spread over the first couple of days after the eruption. The black and dark red colours indicate the passage of the ash cloud, where the density of particles in the atmosphere is greatest.

"BY THE early hours of April 15th, Britain’s air-traffic controllers feared the worst. They had hoped the wind would carry the ash from Eyjafjallajokull south-east of the country, but the wind had changed. Guided by computer models used by volcanic-ash watchers at the Met Office, the air-traffic agency said it was withdrawing service. British airspace was closed.

As the ash cloud spread eastwards, northern Europe’s airports shut down one by one, stranding millions of passengers, many of them attempting to return from Easter holidays, all over the world. On April 17th nearly 17,000 flights to and from Europe were cancelled out of about 22,000 on a normal day."

One of the knock on effects of the Volcano was the disruption of all things Car Production.  Nissan and BMW have said they will suspend some of their production because supply of parts has been disrupted by the volcanic ash.

Nissan said production of three models in Japan will stop on Wednesday because it was unable to import air pressure sensors from Ireland. The sensors are used in Nissan's Cube, Murano and Rogue vehicles.   Meanwhile BMW has said that three plants in Germany had already cut production or were set to do so.

A plant in Spartanburg in the US had already slowed production as its supply chain came under pressure. Now those in Dingolfing, Regensburg and Munich will also be affected.

Nissan said it would halt production of 2,000 vehicles, but has not yet decided whether a further suspension is needed on Thursday and beyond. 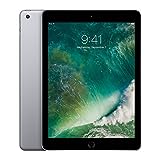