Five things you do not know about Japanese Food

This author is a former I.T. graduate turned vagabond who travelled extensively and has lived and worked in Japan for many years.

Poor people in Japan traditionally ate whale meat. It tastes a little bland so few people in modern day Japan eat it. It is best eaten deep-fried. Whale meat is also not very common in restaurants. However it can be bought from supermarkets.

There is a school lunch menu in Japan with whale served to children to celebrate “Wakayama Day”. Wakayama is a state in Japan famous for whaling. It is also a usual item on the menu in some schools.

Do you think Japan should stop Whaling?

Cod Sperm is called shirako in Japanese. It is male counterpart of caviar. Caviar are fish eggs, shirako is a cod sperm sac. It has a creamy taste and custard like consistency. Best-eaten pan-fried, steamed or deep-fried. Just don’t think about what you are eating to enjoy the taste.

Raw chicken sushi is served with grated ginger or wasabi to kill any germs, a slice of lemon, and some soy sauce or vinegar. This is not recommended safe to eat if you are feeling weak, as your body may not be able to fight the germs in the meat. Make sure your stomach is in a healthy state before eating it. However if you are healthy raw chicken is perfectly safe to eat. It would not be served if people regularly became ill.

Ikizukuri is the skilled custom of making sashimi from live seafood, usually fish, shrimp or lobster. The animal is cut in such a way that it is still alive with the meat hanging off. Fans claim it makes the fish fresher, enhancing the taste. Therefore ikizukuri is a very controversial practice as you are eating a dying. The video below shows a live fish still breathing on the plate. 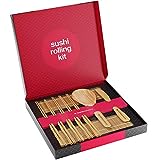 Basashi is the Japanese name for raw, thinly sliced horsemeat. It is a favorite dish in southern parts of Japan on the island of Kyushu. Horsemeat is very low in calories and fat, as well as being low in cholesterol. It is also much higher in protein than beef, pork, and chicken. It is usually served with lemon, soy sauce and raw onion to help kill any germs that may be in the meat. Good quality horsemeat is very tasty and tender.

Have you ever eaten raw meat?