A brave act of patriotism is honored.

September 11, 2001 was definitely "one of those days." Before that day, no one could have guessed how different things would seem from that day forward. The events of that day were significant and memorable. People will likely always remember where they were and what they were doing when they heard about the planes hitting the World Trade Center towers and the Pentagon. Those events changed how people think and feel. Lives were lost. Families, friends and total strangers grieved and were angered.

While all this happened, as bad as it was, history could have been much different and things could have been so much worse if passengers on the famous Flight 93 hadn't decided to "run interference" on the plans of the terrorist hijackers.

It is this brave act of patriotism that is honored at the Flight 93 Memorial in Shanksville, PA

From field to crime scene to national memorial

Time has passed since that event, and now it is a moment in history like many other significant moments. But with the passing of time, the way people honor, remember and pay tribute to what happened has evolved.

Immediately after the crash, the site changed from being an ordinary field in southwestern Pennsylvania to being a crash site, then a search and rescue scene, then a search and recovery scene, then a crime scene with investigations. Once it was no longer a crime scene, the early stages of a memorial started to take shape. Soon a temporary memorial was established and people came to see the spot, pay tribute and remember. When I visited a few months prior to the ten-year anniversary, one could still do all that, and also learn what happened thanks to a temporary visitor and information center.

I returned for a visit in October 2012, and found that the permanent memorial had really developed. The first thing I noticed was that the road leading there from Rte. 30 had greatly improved and there was much better signing. The approach road passed through groves of recently planted trees, and more groves and road improvements are being planned. The memorial plaza and a memorial wall had been established and it was beginning to look like a respectable tribute.

From the Field and Wall

Even though time has passed and the site is different than it was in 2001, and even though the site is still evolving, it is easy to be transported back in time when you stand on that site and look out over the field.

While construction of the permanent memorial was going on, the first thing you saw when you entered was a huge mound of dirt and construction equipment. There was a visitor center near the parking area, and in front of that was a walkway to a memorial set up; on the right, benches were spaced evenly the entire length of the walkway and the construction activity was visible on the left. The walkway led down a slight hill and to the right where a metal fence was set up along the walkway and some information was posted along and near the fence. In this area one could see flags, flowers, rosaries and other items paying tribute to those who died at the site.

As you read the information sign, stood on the walkway and turned around, in your mind's eye, you could see a jet coming from behind the hill at high speed and low altitude. Then you could see the plane crash, nearly parallel to the ground exploding with enough force to make a crater 25 feet deep. You could imagine rescue/recovery workers and investigators working.

Now that a more permanent memorial is in place and it looks so much nicer with a memorial plaza, benches and even high tech signs that allow you to take a self guided cell phone tour, there is still a sense that you are on hallowed ground and that something special happened in that place. You are transported back in time even while you are there in the present.

How will you experience this?

If you have been there, or plan to go, think about your experience there. Is it an historic site like, say, a Civil War or Revolutionary War landmark? Is it like a cemetary? Is it like a museum?

For me, it was a combination of all these things and a place where I could slowly walk and quietly reflect. My reflection: When I read on the information sign that the plane was only about 20 minutes from hitting the White House, it's assumed target, I realized how close we came to things being even more different for Americans and other people. What happened was tragic enough and significantly changed lives. If the plane had hit the target, we can assume things would have been so much worse. It was somewhat overwhelming to think about that, especially out there, looking out over the field where the plane went down, and looking southeast towards Washington DC.

I felt many things all at once.  I felt the sense of history.  I felt patriotism as I walked around, pondered all that had happened here and talked with other visitors.  I felt the sense of sadness that these people lost there lives and were brave enough to even take a chance at saving other lives and changing the course of history for millions if not billions of people.  I felt and still feel that we were blessed by what happened there.

The memorial is by no means stagnant and continues to make the news in the local community. On April 25 and 26, 2014, hundreds of volunteers planted thousands of seedlings in the area to serve as yet another memorial. The volunteers are able to track the very trees they planted, as the trees were tagged using a GPS system.

More about the memorial 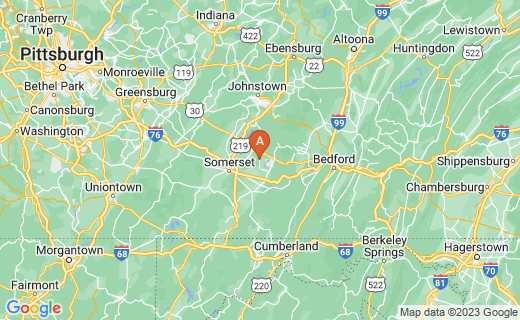 What do you do to honor September 11th?

The Flight 93 Memorial is about an hour and a half east of Pittsburgh, PA, about and 4 hours from Philadelphia, PA or  Washington DC. It is near (about 15 miles from) the Pennsylvania Turnpike interchange for Somerset. Roads in the area can be dangerous in snow and ice.