Top Tips for Travelling to Flores in Indonesia

A Guide to Visiting Flores

Understanding the History of Flores

The Indonesian Island of Flores is a large island located in eastern part of the country and is part of the Lesser Sunda Islands. The Island of Flores has been known to Europeans for centuries dating back to the 16th century when the Portuguese set up a colony there. What is remarkable is that even with the presence of Europeans for a period of hundreds of years the culture of the island is still regarded as very traditional. Visitors to Flores are amazed at how undeveloped it is and how pronounced is the feeling of stepping back in time to a simpler, slower way of life.

Where is Flores Located 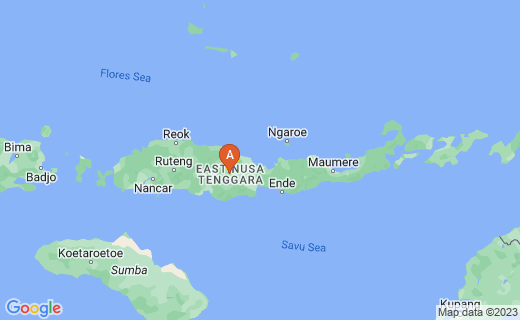 I recently travelled in Flores and had a wonderful time. I'd like to share this experience with you and provide some information on travelling in Flores . I made a plan to fly from the airport in Bali to Flores' largest town, Maumere on the far eastern side of the island of Flores. Maumere is the biggest town in Flores and therefore has the largest airport (which is actually tiny!).

Maumere airport is the only airport I've ever been to where taxi drivers were actually waiting on the runway to meet us / hound us as we stepped off the aeroplane! From Maumere my plan was to travel to the village of Moni and visit the crater lakes of Kelimutu volcano (this was the original hook that interested us – a volcano with 3 crater lakes of varying colours at its summit). From Moni village we would continue heading west through Flores until we got to the port town of Labuan Bajo on the far west of Flores. From Labuan Bajo we’d make our way back towards Bali by sea and somehow visit the islands of the Komodo Dragon.

Top Activities and Attractions in Flores

I had a rough idea of what to do in Flores and where I wanted to go but what I didn’t know was how to get around the island, or where to stay. I didn't know where I would sleep and what the accommodation costs and quality were like; what the food was like in Flores; whether or people speak English; and I didn't know how much time I needed. There was only one thing for it: wing it!

Go With the Flow

Sometimes you just have to go with the flow and see what happens. And so this is what I did in Flores. I knew from online research that there was a bus from the town of Maumere to Moni village but that my plane was due to arrive at Maumere airport after the time at which the bus was due to leave for Moni. So when I arrived at Maumere airport I negotiated with a taxi driver to see what kind of a price I could get for a taxi to Moni.

I managed to get the price down to half of his original offer and felt that this was too good to turn down. I also figured it would save me having to pay for a night in a Maumere hotel just so that I could take the bus to Moni the next day. The taxi driver later told me he lives in Moni anyway so it was either leave Maumere and drive back empty handed or at least make something out of taking me back to his village. Win win. He offered me accommodation in Moni but I told him I wanted something cheaper than what he was offering (even though what he offered me wasn’t exactly expensive) and so he dropped me at his friends house (literally across the road – the only road in Moni – from his own place).

How to Get to Mount Kelimutu

Moni is the best place to stay in order to make a trip to the top of Mount Kelimutu to view the crater lakes. Kelimutu is a dormant volcano that has 3 deep craters at it's summit that have, over the years, become crater lakes. The lakes are all a beautiful shade of blue but apparently they each gradually change colour over the years as a result of changing quantities of minerals present in the water.

The best time to get up there is just before sunrise so a 4.30am start is the order the day. Next you need to decide how you want to get up Mount Kelimutu. The volcano is only a few kilometres outside of Moni, and although people recommend taking the walk back down, you're unlikely to find anyone recommending you to walk up!

The best option is to either hire a motorbike for the morning / day or to arrange for a local resident to take you up to the top on the back of their motorbike. I set off up to Kelimutu on the back of a motorbike driven by a Moni local whilst it was still dark.

We followed the road as far as it went and then had to park up and I had to then walk the rest of the way up to the top by myself. Dawn started to break as I made my way up Kelimutu towards the summit. At the top I checked out the three lakes and rested up whilst waiting for the first glimpse of the sun rising up over the horizon.

How to Get from Moni to Bajawa

After having your fill of the amazing landscape at the top of Mount Kelimutu and you have filled an SD card with cool photos of the sunrise over the lakes it's time to head back down towards Moni. It's possible to walk the distance back to the village and that's exactly what I chose to do. I walked back to Moni to experience and savour the atmosphere and the local environment. It was a long walk but I really enjoyed it.

From talking to the taxi driver the night before, I knew there was a public bus due at some point that morning to take me on the next village. However, no one in Moni could say for certain when the bus would pass through and so instead of hanging around I jumped into a shared taxi and paid a similar price as the bus would have cost.

I got out at the next town along the east to west Flores main road called Ende and again asked around for the time of the next bus to the Flores town Barjawa. Again, after standing around for a while and being told lots of different times for the bus I decided to take another shared taxi. I knew roughly how much the bus ticket would cost and so I was able to negotiate the same price for the taxi.

Arriving in Bajawa in Flores

It's a few hours drive to Bajawa from Ende. I asked the taxi driver to drop me off at a Bajawa hotel. However, the hotel he dropped me off at didn’t have hot water so I went in search of an alternative. I found one I liked but this hotel also didn’t have hot water. At this point I kind of figured that hot water isn’t the norm in Bajawa, or anywhere in Flores for that matter.

At breakfast the next morning I literally had no idea what I was going to do whilst in Bajawa or even what there was to see or do there. I asked the guy working the hotel reception if he had any ideas and he asked me to take a seat while he called his friend. Several minutes later a guy turned up at the hotel asking if I wanted to go on a tour of Bajawa and the surrounding area. He explained the itinerary and quoted a price that I thought reasonable and so within a matter of minutes I jumped on the back of the bike and went off for a day of exploring Bajawa.

I next visited a small traditional Ngada village where the local Ngada people still live by their own traditional laws and rituals and have been given special dispensations by the government to continue in this way. It was here that I tried chewing betel nut for the first time. I’d seen people chewing this in many parts of Asia, this stuff which turned the chewers’ whole mouth a deep shade of red, but I’d never known what it was. Well I finally got chance to get an answer to a question that I'd never asked: what does betel nut taste like? Answer: a bit like aniseed.

Moving onto Labuan Bajo to Begin the Komodo Dragons Tour

After the fun of Bajawa, I took a shared taxi (I gave up on the idea of catching a bus) to the main port town of Flores, Labuan Bajo. The town, and it's port, is in relatively close proximity to the islands of the Komodo Dragons (in fact a few Dragons still live on a small part of Flores itself) and so a number of local captains offer their boats to take people on tours of the Komodo islands.

Tourism is starting to develop as more and more people find out about these opportunities for seeing the Komodo Dragons. With this comes the development of a tourist infrastructure, which although is non-existent in the rest of Flores, it is becoming evident in this part of the island. There are nice places to stay in Labuan Bajo, ranging from basic backpacker digs to quality boutiques. The town also has a (small) variety of restaurants offering western dishes and good Indonesian coffee and there are many tourist agencies looking to get some dollars from foreign visitors.

And this is where I leave this article. If you have enjoyed reading it then please feel free to leave a comment at the bottom of the page. If you would like to read more about my trip to the Komodo Islands from Labuan Bajo then please click on the appropriate link below or try one of the many other informative, practical travel guides I have written about off-the-beaten-track destinations. Happy travels!

Check out some of my other Travel Articles

Did you enjoy this hub about Flores, Indonesia