The department of Indre in Central France corresponds to the old province of Bas Berry. In this area the majority of castles were built during the XV century, although there are a few examples of other eras. The history of these castles is linked to the history of France and to the lives of well known personages such as César Borgia, Talleyrand, Catherine de Médici and many French Kings.

The area in itself is colourful all year round. Once you take the road South from Paris in only 2 hours you will be entering the Indre. Less glamorous than Paris and any other big French cities, l'Indre is a place that you need to visit if you want to encounter rural France. A place where traditions have survived not only in the shape of its buildings, but in everyday life!

Compare Hotel Prices and Save!

The most prestigious Chateaux in de l’Indre are:

This Castle from the XV century has recently been restored by the Club du Vieux Manoir. The decoration is rich. You will be amazed at the engraved walls. Read more...

This amazing building was built from the XV to the XIX centuries. To visit this castle is very pleasant, each room has its own history and each area of the castle belongs to a different time period.

Visiting Azay le Ferron is more than seeing a castle; it is a lesson in architecture and customs in the area. Read more...

Located in Cuzion, in the small village of Bonnu, this is an excellent example of a feudal castle. Built during the XIII to the XIV centuries it has undergone many restorations. To learn more about the history and architectural features of Chateau the Bonnu click here

The place is not open to the general public but we were lucky to visit one day when the current owner was there supervising restoration works and he kindly showed us inside. It is here that during the "fete de la sorcellerie" (the witchcraft festival) a witch hunt is played and the witch is taken to the top of the tower to be burned at dawn.

Built around 1750. The Chateau de Bouges is particularly interesting because it has kept an inhabited appearance. Until 1967 the Chateau was kept as a private residence. Read more...

In Pont Chrétien, the chateau de Chabenet was restored during the XIX century but it has kept most of its defensive features. There is a long history attached to the castle as during the Middle ages castles had a central role in the feudal, political and military system. Read more...

In Lignac, this is one of the most beautiful survivors of the middle ages and feudal times. No less than 30 bedrooms, a hall of arms and a hall of guards among many other rooms.

Located in Concremiers, this was a little fortress that it is still intact. The château was built during the XV century. Forges Castle is an architectural gem thanks to its historic authenticity and consistency of its period features. The castle comprises of a keep that is now the owner's private residence, guest accommodation and a guard room, offering a friendly welcome and a range of activities. For the official site click here

There are only ruins left of this magnificent castle that belonged to Catherine de Médici. 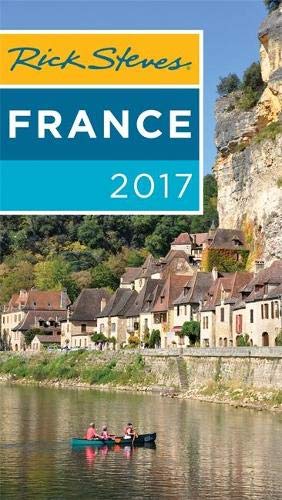 The Chateau is isolated in the middle of the woods but because it is built on top of a rock one can see it from the road when travelling from Chateauroux to Limoges. It is a perfect example of a little fortress whose history dates back to 1433. Unfortunately, the chateau is not open to the public, so its frescos in red ochre remain the privilege of a few private guests. After a little investigation I found the only road up to the castle and tried to visit one day but I was stopped and reminded by the caretaker that this was private property.

Another chateau in Tendu. This one is remarkable for the height of its donjons. Although the roof has fallen down the remainders of the building are very impressive. This is another private castle not open to the public. Still, I also tried to visit this castle but I only managed to get stung by nettles in my effort to see it closer.

Located in Rosnay, 47 Km from Châteauroux, this chateau is encircled by defensive ditches. Its history goes back to the XIII century.

This is one of the most beautiful buildings in le Pechereau. Encircled by a large moat, one can only enter by one side, a "door" from the XIII century. The building serves as Town Hall for the village of le Pecherau.

This Chateau in le Pont Chretien belongs to the XV century. It is located at the boards of La Bouzanne river. The building serves as the Town Hall offices for le Pont Chretien. 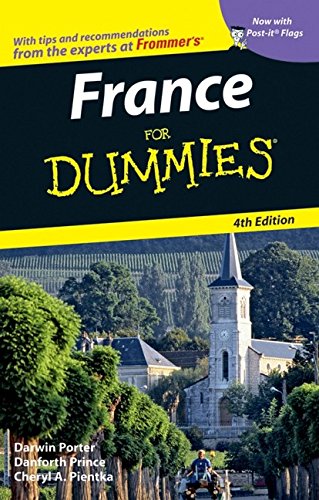 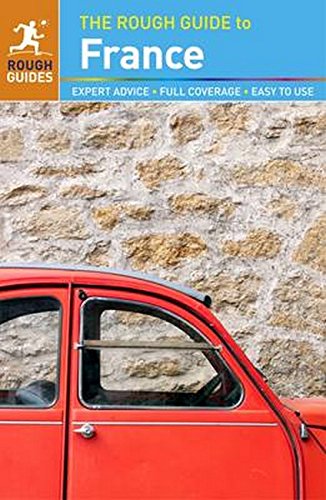 This is a little fortress whose origins go back to the 1300s. Of severe aspect, the construction is typical of the XIII century. Despite the time and the attacks from the enemy, the interiors are intact with its big halls and monumental fireplaces. This historical monument is open to the public only during the summer.

Open to visit, this is a palace built between the XVI and the XVIII centuries. The furniture is of special interest as it is remarkable. Read more...

Although a beautiful building built during the early XX, this castle is disliked by the locals as a lovely church and a feudal castle were destroyed to build it.

In Celmont, it took us a long time to find the Chateau de La Prune. Almost in ruins and abandoned behind bushes it is an ancient fortress which has managed to keep its character despite its ruined state. Henry IX used to come to this chateau where we can still see the moat and the portcullis in gothic style.

The famous writer George Sand loved Gargilesse. Here she had a little house near the castle. An ex- fortress, the building is still imposing not only for its location but for the two towers that serve as an entrance. Nowadays, the castle is used for art exhibitions. Read more about Gargilesse...

Some French Chateaux in Central France 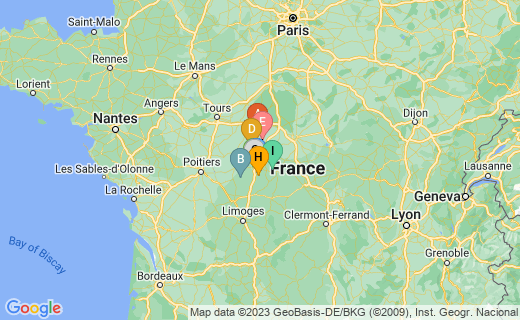