The first experience in New York CIty for me was at age 18 and was overwhelming, because of the size of the city, the size of the crowds, and the size of the buildings and the Statue of Liberty. Everything was so MUCH. I'd just been learning to drive and so, my friends and I left the care in a safe place and rode the subway. Little did I know that there were diners down in those tunnels! The clam chowder was delicious and a dish I had never tried before. NYC was like Wonderland.

The more often I visited New York, the more impressed I became with the size and growth of the city. One summer, I was startled by the fact that trash collection was a daily matter on every street. One McDonald's had piled trash bags on the sidewalks by 5:00 PM to form a mountain taller than the one-story restaurant. All I could say was, "Every day?!"

Another summer, a friend and I went shopping for her wedding dress on the giant one-day sale at a popular wedding outfitters. It was crowded, but she found a dress that she loved and that fit well. Today, television news programs usually show some footage of the yearly event.

The more often I visit NYC, the more I see that I can never see it all. China Town is fantastic. Friends and I entered what they thought was a herb and spice shop, and I quickly saw that it was a medicine shiop (the dried bats hanging from the walls was the tip off). Still, they were able to purchase pungent spices for their cooking - any medicinal value was value-added. Of course we ate in several China Town restaurants. All had delicious fare and friendly staff.

The city had many things to offer visitors, even after 9/11, because of the gargantuan efforts of the teams that gave been rebuilding the city. I am annoyed that only 30 minutes can be spent at the 9/11 Memorial, but I understand the security concerns. At the same time, there are additional things to see and do.

The "Hello Deli" Near the Ed Sullivan Theater

Repert Jee and the Hello Deli

Rupert Jee was introduced to America on television's Late Show with David Letterman a scant month after its premier in August 1993 at the Ed Sullivan Theater. Jee and his Hello Deli have been on many of the shows, interviewing passersby and inviting them to participate in strange survey and contest questions. They often win a deli platter from the store.

With a degree in Economics from CUNY (City College of New York), Rupert always wanted to own a restaurant. He and his business partner purchased gthe storefront location in 1990 and have been successful ever since. The boost from his appearances on the Letterman show have probably helped - he's just around the corner, or next door, or maybe both.

Before you visit the deli, you might enjoy looking st the online menu, where the first two sanwiches are the Letterman and the Shaffer. Some other sandwiches are named for additional characters and crew on the Lettern show, including the cue card boy. However, the menu is huge, with burgers, vegetarian foods, breakfast, and salads.

Take a Look Around the Food Selection 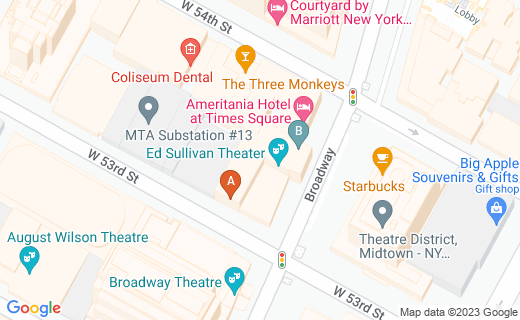 The theater and building are on the US National Record of Historic Places and offer regular tours.

The Ed Sullivan Show played in TV on CBS on Sundays from 1948 to 1971 (24 seasons). I remember that the CBS Sunday Night Movie replaced it, but as cancelled within the year. Sullivan's show has consistently placed in the TV Guide 50 and 100 Greatest TV Shows of All Time. Many comedians have imitated his stance, his walk, and his facial experessions, perhaps not realizing that he suffered from chronic back pain.

I saw several epidsodes of the show after 1960 and was thrilled when in 1966, the Muppets were introduced. Aside from Jerry Lewis, they were my favorites. I remember Kermit the Frog and a glow worm, Rowlf and Jimmy Dean, Cookie Monster, and Ma Nah Ma Nah.

The other memories that linger are Pearl Bailey in a number from Hello Dolly and Richard Keily in a number from Man of LaMancha - I remember the artificial horse costumes especially, in which the actor's legs served as two of the horse's legs as he danced.

Many other famous actors and musicians appeared on the show, including the Beatles, the Rolling Stones, my distant cousin Elvis Presley, and hundreds of others. So much was accomplished for new careers on the stage that the theater was renamed in Sullivan's honor.

The Statge Deli, opened by a Russian imigrant in 1937, is represented by a unit in the Trump Taj Mahal Hotel in Atlantic City, New Jersey. 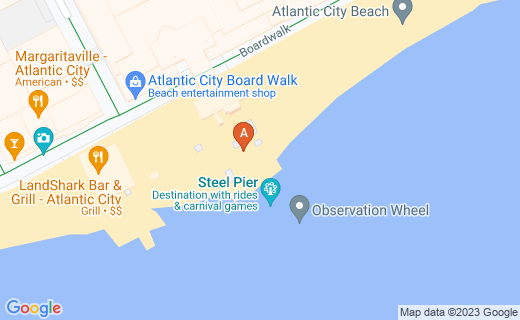