The Two Bridges Spanning the Tamar Between Devon and Cornwall, UK

Plymouth in Devon, UK is a modern city by the sea, built like Ancient Rome on seven hills. The pride of the West Country, it is the gateway to Cornwall. Marvellous picture postcard scenery will constantly surround any visitor to this region and thus they will find more than ample opportunity to take a wide variety of photographs.

There is the proximity of wild and unspoilt Dartmoor National Park, yet all the facilities the visitor would expect from a bustling city are still close at hand. The region is also blessed with more sunshine than the rest of the UK during the summer months, and its coastline is bathed in the warm waters of The Gulf Stream.

With the famous Royal Albert Bridge, built by Isambard Kingdom Brunel in 1851, that carries the Great Western Railway over the River Tamar and its more recent companion, the suspension bridge of the 1960's, it is unlikely that any trip to the South West of England will not include Plymouth.

Although Plymouth itself does not have any beaches there is still ample opportunity for swimming. Summer 2003 marked the re-opening of the huge round pool known as Tin side pool on Plymouth Hoe. Derelict for ten years it has now been completely refurbished at a cost of £4m.

Plymouth proudly boasts the National Marine Aquarium on the Barbican within walking distance of the famous ‘Mayflower Steps.’ One can learn of all things aquatic and even imagine oneself swimming among the denizens of the deep. Children will love the opportunity to stare a hammerhead shark straight in the eye!

A walk from the Barbican to Plymouth Hoe would not be complete without a look at the children's train ride there. Apparently, there are only two other sets in the world.

The best hotels are located within equal walking distance of the city and Plymouth Sound so it is possible to enjoy all the amenities of the city and still get a breathtaking sea view which takes in the picturesque coastline of Cornwall, Drake’s Island and The Breakwater.

Visitors will not fail to be impressed by the wealth of shops and attractions available. There is the Theatre Royal at the end of Royal Parade, which is the main road through the city centre. Also in the centre is the famous pannier market where tourists and locals alike can buy almost anything at a cheaper price than in the mainstream shops. Treat yourself to a local speciality such as a tasty Cornish Pasty or piece of Saffron cake while you meander around the market.

One of the most bombed cities in Europe during World War II, Plymouth city centre was practically re-built during the 1950's. The Latin inscription on St. Andrew's Church just about sums it up: RESURGAM – ‘I shall rise again.’ Not only the church but the whole of the city of Plymouth has certainly exceeded this vow. It has changed beyond all recognition since then and now easily qualifies as one of the most modern cities in Europe as well as being an ideal tourist centre for the whole of the West Country. No visitor to this region will be disappointed.

The Home of Plymouth Gin

A Useful Travel Guide for Anyone Visiting the West Country 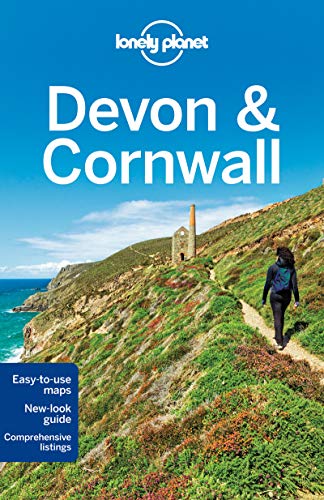 There are some great ideas in these two videos to make your sun-filled days in England's West Country even more fulfilling. The attractions are not very far away from each other so you will likely be able to discover much of what the region has to offer in just one day. For those who don't have car hire, there are frequent coach tours to Land's End, Penzance and St. Ives in Cornwall and the resorts of the Devon Riviera.You can visit several seaside towns and take in some magnificent coastal and moorland scenery along the way.

It is wise to remember that life in Devon and Cornwall may appear a little laid back when compared to the rest of England. There are no motorways or major airports further south west than Exeter in Devon and life does run at a slower pace. The existing roads are usually able to cope with the influx of tourists during the summer months but give yourself enough time and be prepared to deal with the occasional delay. Breaking up your journey will also allow you to enjoy more of the magnificent scenery or stop at a quaint little village pub for a leisurely lunch.

Be prepared for rainy weather especially over the moorland areas. Although the West Country gets plenty of sunshine the inevitable rainy day will crop up but there are plenty of attractions to visit that will keep the kids entertained whatever the weather. Plymouth is home to the National Marine Aquarium and this is the ideal spot to spend a rainy day. All manner of sea life can be found there and there are a wealth of activities to participate in.

Plymouth is a city steeped in maritime history. The visitor will learn of the exploits of Sir Walter Raleigh and more recent explorers such as Scott of the Antarctic who left on his ill fated expedition from here.

The Hoe is where Sir Francis Drake reputedly played a game of bowls before defeating the Spanish Armada. Nowadays you can watch the daily ferry depart for Santander in Northern Spain. All it takes is a journey of twenty-four hours and the English are prepared to surrender to all things Spanish by their own free will, whatever Drake managed to prevent back in 1588.

Any visitor from the USA will no doubt be intrigued by the city of Plymouth long before their visit, purely on account of its history. In 1620 this is where The Pilgrim Fathers departed from when they sailed to settle in the New World. Any American with a British ancestry will no doubt be eager to visit the Barbican area of Plymouth to stand at the exact spot known as ‘The Mayflower Steps’. This is where the arduous sea journey which was to take them to establish a colony in Massachusetts (also to be named Plymouth) began.

Although Plymouth is far from the capital’s main international airports of Heathrow and Gatwick, the train journey to the south west of England is an experience in itself. From London’s Paddington Station, the railway carries the visitor to Devon through some of the most pleasant parts of the country. Any visit to Plymouth is worth it for this section of the London to Penzance line alone. Once the line leaves Exeter it follows the course of the River Exe as it flows down to the sea. Here one can see a flotilla of pleasure craft as the estuary broadens. The main line then runs parallel to the coast, tunnelling its way through the red sandstone cliffs of Devon. This is arguably one of the finest rail journeys in the country, marred only by the speed of today's trains.