More than three thousand years ago, Jason and his cocky band of Argonauts left Greece to enter the Black Sea, heading East — to the land of Colchis. Today, this beautiful land is called Georgia, a place borne of myth and legend. Jason may have taken the Golden Fleece back to Greece, but Medea's dragon may yet be lurking in the hills surrounding the Kolkhida lowlands.

We have already seen several myths in this region of the world elevated to the status of events based on fact — Troy, Mycenaean Greece, Minoan Crete, Amazon warriors, and the real island of Ithaca (home of Ulysses of the Trojan War). Could Jason, the Fleece, Medea and the dragon also be found to contain elements of truth? 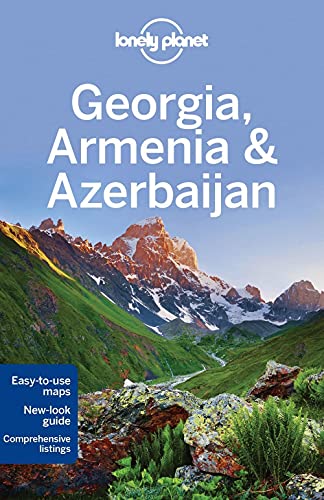 This modern nation borders on the Black Sea and stands at the western end of the Caucasus Mountains — the source of what it means to be Caucasian.

There are richly green valleys, quaint villages and snow-capped peaks to make anyone think they've arrived in Switzerland.

Yet the language is not German, French or Italian. According to linguists a century ago, Kartuli (the Georgian language) is similar to that of the Basques (Euskaldunak) of Northern Spain and Southern France.

It is curious that another name used in this Black Sea region is Iberia, a name also given to the peninsula where the Basques reside, one continent away, though the sources for each name are different.

The country is also rich with vineyards, giving rise to more than five hundred kinds of wine. And eat your heart out, France. Wine started here! The Georgians have been at it for about 8,000 years.

The Greater Caucasus Mountains to the North keep out the cold from Russia, while the Lesser Caucasus to the South keep out the hot, dry air from the desert South. This keeps Georgia just right between those extremes. 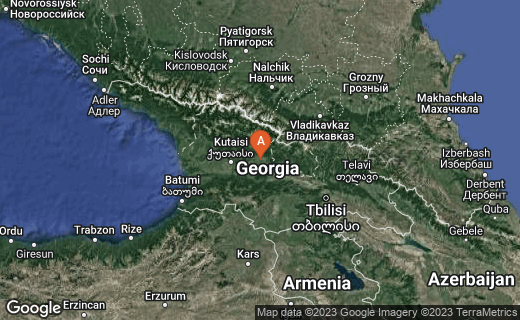 This former Soviet republic is now an independent nation and staunchly proud of its 8,000-year heritage.

Batumi — a Black Sea resort, palm trees and nearby swimming.

Davit Gareja — cave monastery built in the sixth century containing gorgeous frescoes, with a panoramic view of the Azerbaijani desert.

Mount Kazbeg — one of Europe's tallest, and the site of Tsminda Sameba, the monastery with arguably the most breathtaking view.

Uplistsikhe — a cave city built 3,600 years ago, which served the ancient Silk Road from China.

Kutaisi, Georgia's second largest city, is thought to have been the home of King Aeëtes, Princess Medea, the Golden Fleece and the dragon. This is where Jason and his Argonauts came to steal the Fleece despite the fierce dragon protecting it.

Was there any truth to the myth? Could the people of Colchis have been children of Atlantis?

And could the dragon have been manmade aircraft instead of blood and bone creature? Some of the ancient myths start to make more sense when viewed from this perspective—like the story of Medea flying off on a dragon after leaving Athens, the story of Cadmus fighting a dragon and the soldiers who suddenly appeared out of nowhere, and the story of the Egyptian merchant prince who was nursed back to health by a dragon after the prince's shipwreck.

Quest for Atlantis II
This book is by one of the good guys. I know this guy and he's a dedicated scientist, collecting scientific fact that may relate to Plato's Atlantis.
Buy Now

The Hub article, "Atlantis Quest," contains some of the evidence that may link Georgia/Colchis with the Atlantis myth. New research suggests that Atlantis and its refugees may have been matriarchal (ruled by women).

Later, some of the children of Atlantis switched to patriarchal rule, but kept the word with the role rather than the gender. Thus, when women handed over the scepter of office, men became the new mothers.

So, it should not be surprising that in Georgian, the word for "mother" is "deda," and "father" is "mama."

No matter where you go in Georgia, you will have something to write home about.