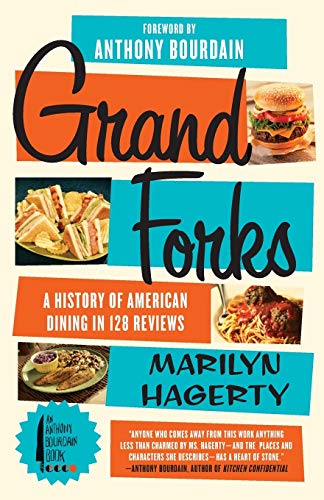 The Grand Forks International Airport in North Dakota, also known by its FAA identifier of GFK, is one of the busiest airports in the United States. This activity is not a result of commercial flights, but rather a result of the massive number of flights taken by those learning to fly at the Odegard School of Aerospace Science at the nearby University of North Dakota.

The control tower noted over 346,000 operations in 2009, about 90 percent of which were related to the flight school.

GFK is located about five miles away from downtown Grand Forks. The airport lies to the west of town and is accessible via US Highway 2, which runs east to west along the entire length of North Dakota. Interstate 29, a major north-south corridor, is just four miles to the east.

The first airport in town was located to the south and east of the current intersection of Interstate 29 and Gateway/Highway 2. After moving to the current location, a now defunct terminal building was finished in 1964. Because of mold growth and roof leaks, among other problems, a consulting group recommended a new terminal by the mid-2000s.

In 2009, construction began on what would become known as the Byron L. Dorgan Terminal. The new terminal was named in honor of former US Senator Byron Dorgan and opened in August 2011.

The Byron Dorgan Terminal at GFK

The new Byron Dorgan terminal was a major improvement over the previous terminal building. In addition to the increased space, an improved restaurant and gift shop known as the Red River Valley Grill and Market opened to serve passengers grilled meals or grab-and-go fare. Additionally, there is a small gift shop that sells items related to Grand Forks, North Dakota, and the Red River Valley.

There is complimentary wi-fi service throughout the airport for passengers and those who are picking them up at the baggage claim. The airport opens 2 hours before the actual operations begin. Security lines at GFK are usually quite short unless an Allegiant flight is about to take off.

There are two gates at GFK that handle commercial flights. Passengers departing from one of these gates sit in a common waiting room before boarding their flights.

Grand Forks International Airport recently added a fourth runway. Three of the runways are generally used by the Odegard school from UND and general aviation. These runways are relatively short and measure between 3,300 and 4,206 feet in length.

The main runway, known as 17R/35L, measures 7,351 feet. Most of the commercial flights that land at GFK are of the 50 to 80 seat regional jet variety, but there are also larger 737-sized jets that utilize the airport.

Currently, there are three commercial airlines that utilize Grand Forks International Airport. The main commercial carrier for years was NorthWest Airlines, but after the merger with Delta, service at the airport was taken over by Delta.

Delta is the main carrier at GFK, and there are multiple flights each day from Grand Forks to Minneapolis-St. Paul (MSP). In October 2012, United Airlines began offering two daily flights to Denver from Grand Forks. Finally, Allegiant Airlines offers direct flights on selected days to Phoenix-Mesa Airport, Orlando-Sanford Airport, and Las Vegas McCarron Airport. These flights can connect Grand Forks residents with many other cities in the world.

The number of passengers embarking on commercial flights has grown by over 50,000 over the past five years. A record 137,988 passengers flew out of Grand Forks in 2012. More local residents are choosing GFK than ever before as their airport of choice, opting to keep from driving to Fargo or Minneapolis.