Guide to the Subways and Buses of New York City

New York City's subway system runs through the four boroughs - Brooklyn, Manhattan, Queens, and the Bronx. There are 22 different subway lines that run between the four boroughs.The name of the subway line is either a letter of the alphabet or a one-digit number. To make it easier for residents and tourists alike to figure out the route of each subway line, a color coding system has been implemented. Each subway line is color coded and some subway lines have the same color if they run along the same route (at least a big part of the route)

The Red Line (aka the 7th Avenue line) Trains:

The Green Line (aka the Lexington Avenue line) Trains:

The Yellow Line (aka the Broadway line) Trains:

The Blue Line (aka the 8th Avenue line) Trains:

The Orange Line (aka the 6th Avenue line) Trains:

The Gray Line (aka the 14th Street - Canarsie line) Trains:

The Gray Line (aka the Shuttle line) Trains:

Staten Island trains are not named by a letter of the alphabet or a one-digit number. Rather, they are named based on their final destination. There are local trains, express trains, and limited stop trains. Riding these trains is free of charge. Only passengers who wish to get off at the St. George stop (train's final destination) or the one before it (Tompkinsville) have to pay the full local fare. The Tottenville stop (train's final destination on the end of the train line) may require a fare as well, but I have never rode there so cannot say for sure.

To ride on subways and buses of New York City it is very convenient to use MetroCards. MetroCards are thin plastic orange cards with a black magnetic strip onto which a rider adds money. To ride on a subway or a bus a rider simply needs to swipe the card either through a turnstile if it's a subway or a slot in the standing box located in the front of the bus. Each time the card is swiped the amount of the fare is deducted from the card. When there is money left on the card that is not enough to pay the full fare more money can be added onto the card.

Currently, there is a $1 fee that riders have to pay when buying a new MetroCard. When your card is depleted of money it is best to reuse the card and add more money to it. This way you will be avoiding having to pay $1 fee each time since you will not be buying a new card every time. Of course if the card you are reusing has expired, you will have no choice but to buy a new card.

When buying a MetroCard there is also a bonus that is added to it. You will receive an 11% bonus when you buy a $5.50 MetroCard or add $5.50 or more on your existing card. A bonus is great but this means that you will probably have a leftover balance on your MetroCard that will not equate to a full fare so you will have no choice but to refill your card. While that may be somewhat of an inconvenience for you, you will avoid the $1 new card fee, which I am sure you will be happy about.

There is a free two-hour transfer available on the MetroCard when a full fare is paid. It is good for a transfer from one local bus to another, from a bus to a subway, or from a subway to a bus. Transferring from a local bus or subway to an express bus requires an additional fare since the express bus fare is more than the local fare. Transfers between subways inside subway stations is free. If a rider exits a subway onto the street and goes back into the subway they will have to pay another full fare. Transfers from one local bus to the same local bus no matter which direction will result in paying another full fare. If a rider goes on the bus and swipes the MetroCard that has only partial fare on it and then adds coins to complete the fare, he/she has to ask for a transfer from the bus driver because in this case the MetroCard will not have a free transfer on it. The problem is that this transfer is only good on a local bus. If a rider plans to transfer to a subway he/she will have to pay another full fare.

Free transfers on the MetroCard are only available when full fare is paid. If two people use the same MetroCard one after another and pay the full fare, there will be two transfers on it. When transferring to a subway the MetroCard needs to be swiped only once, with one person going through the turnstile and then the second person going through that same turnstile right after the first person has passed to the other side. Swiping the MetroCard twice will result in paying an extra full fare. When transferring to a bus the MetroCard needs to be swiped only once as well and as there are no turnstiles on the bus both people just walk through and take a seat. If more than two people use the same card the same method applies. The amount of transfers on the MetroCard will equal the number of full fares paid with the card. All the transfers will still be good for two hours.

As of now the fare on a local bus, subway or Staten Island Railway is $2.75 per ride and the fare on an express bus is $6.50 per ride. If you buy a single ride ticket, which is sold only at MetroCard vending machines, you will have to pay $3.00. You are better off buying a $5.50 MetroCard instead.

Are you a fan of the MTA fare hikes?

What to do in New York City... 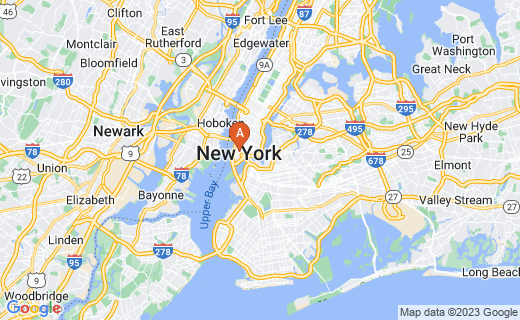