Harrisonburg is a Survivor

Harrisonburg is located in Rockingham Country in Virginia, near Richmond. The list of the Top 30 Cities for Jobs in America, even in a recession, contains Harrisonburg at Number 25 and rising.Its location in Northern Virginia or NOVA is an advantage, because this region of the Commonwealth of Virginia is comparatively wealthy.

This city was very important to the American Revolution, the American Civil War, the 20th century; and on into the 21st century as a leader out of recession. Harrisonburg has survived it all and thrived, offering increasing numbers of jobs, businesses, educational, and travel opportunities.

Rocktown was once the main city in Rockingham County. Its name changed as Harrisonburg was founded at the spot right after the birth of the New Nation, the United States of America.

In 1779, Mr. Thomas Harrison deeded 2 ½ acres of property to the government and began the City of Harrisonburg in the new Commonwealth of Virginia. 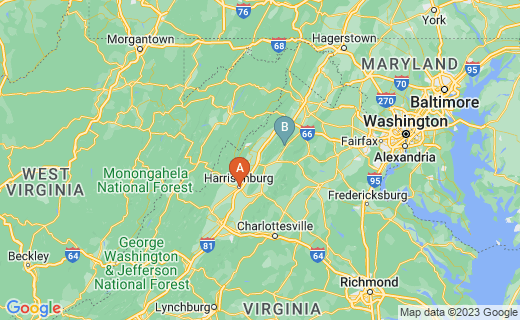 Founder of Harrisonburg Initiates Town Before the Revolution

Mr. Harrison had brought his family over from England to Virginia Colony long ago, in 1737, claiming over 12,000 acres of land in Rockingham County.

In 1778, Virginia Colony had already names this acreage Harrisonburg. The original family home is still standing on Bruce Street in the 21st century. In 1779, the county built a courthouse on Courthouse Square, which hosts a newer county court house today. By 1849, Harrisonburg was home to 200 taxpayers – annual budget less than $25h

During the Civil War, the city (part of the Confederacy) saw Union and Confederate troops both fight their way through the county. The fence around the courthouse was actually used as a stockade to hold Union prisoners.

After the war and until 1892, the city grew in land acquisitions and increased residents to 2,000. The Superintendent of Public Instruction was an office formed after the Civil War in order to begin a public school system and this helped grow the city even more. It became a good place to raise a family as to prosper.

Revitalization is Key to Survival and Success

In the new 20th century, in 1908, the Virginia General Assembly founded the State Normal (teacher’s) and Industrial School for Women in the city. The institution developed in 30 years to become the State Teachers College and then the renowned Madison College.

The year 1977 saw the school renamed James Madison University. Eastern Mennonite University was founded in 1917 and today boasts an effective undergraduate and graduate training program. Adult Education is also a specialty at EMU.

Harrisonburg prospered all along and continues to do so in the 21st century. The regional Rockingham Memorial Hospital, founded in 1912, serves several counties in the Shenandoah Valley and others in West Virginia. As healthcare grows as an industry, additional services are added to RMH.

By 1920 Harrisonburg recorded a population of almost 6.000 residents. Fifty years later, in 1970, the population was almost 20,000. In 2009, estimates of population before the 2010 US Census stood at around 43,000 within the city. With this growing population came expanding suburbs and the need for revitalization in the inner sections of the city. The early 2000s were ripe for this action.

All of these commemorate the founding of America, survival and prosperity after the American Civil War, and dedication to preserving the past while equipping future generations with living and work space, business, and education. 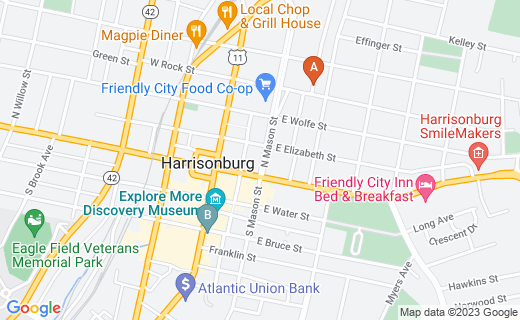 Freed by Abraham Lincoln in 1865, the former slaves of the Shenandoah Valley region of Virginia founded their own city near Harrisonburg and named it Newtown. It was later annexed by Harrisonburg about 1890.

Today, the historic remnants of Newtown contain Harrisonburg’s traditionally Black churches like the American Methodist Episcopal and Baptist congregations. A segregated school has been turned into a major Boys and Girls Club.

Despite the shift from residential to commercial properties in the 1950s, Newtown is still a living part of Harrisonburg - more so, since the city revitalization projects began to take shape in the 2000s to redesign and build up urban and suburban areas..

City of Harrisonburg and local colleges and universities, as well as businesses are taking stewardship and sustainability to heart to create community and a healthier environment in the historic region of Virginia's Shenandoah valley.

Leading Job Advertisers Throughout 2016 in This Market Area

The Shenandoah Valley offers job opportunities that one might nor expect. The top 10 fast growing Jobs through 2018 are in the following lists.

A further set of higher-demand occupations include

Through 2018 the local Industries to watch include

All of these industry sectors are expected to expand and bring in new businesses and jobs as the population of NOVa increases.