One of the most interesting places to visit in Italy is Latina in the Lazio region; both the province and the city of Latina. Although the smallest province in Lazio, Latina is rich with astonishing geographical and historical areas. The province of Latina is becoming one of the most interesting tourist destinations because of different advantages: beautiful environment with untouched nature, historical traces of the Middle Ages, for example, the Fossanova Abbey dating from the period between 1187-1208, widely known as the last resort of Thomas Aquinas, also known as Doctor Angelicus or Doctor Universalis. He died in Fossanova on March 7, 1274. In the Catholic Church, Thomas is held to be the model teacher for those studying for the priesthood.

The Province of Latina, the Lazion region, Italy 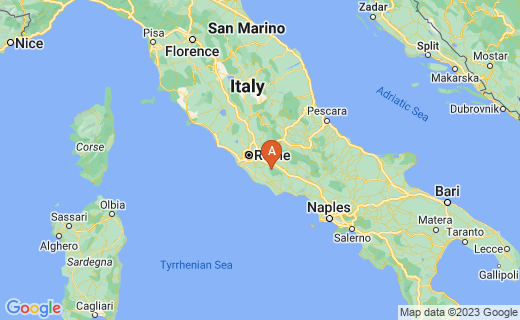 The most popular area in the province of Latina, Italy is Agro Pontino a.k.a Pontine Marshes, or the Pontinian Plain. The dried plain extends southwards from Aprilia to Terracina, along the Tyrrhenian Sea. The most famous military road of the Roman Empire – The Appian Way (constructed in 312 BC) – crosses the inland side of the prior marsh in a long, straight stretch flanked by trees . The traces witnessing the existence of this colossal road are still visible today. Before the road was built, Terracina wasn’t reachable across the marsh, so travelers had to use the Via Latina along the flanks of the mountains the Volscian Mountains (Lepini Mountains, Ausoni Mountains, and Aurunci Mountains).

What Is So Interesting About Latina?

For a very long time in history, the Pontinian Plain (Pontine Marshes, or Agro Pontino) was an extensive alluvial plain at approximately sea level. Above sea level, the marsh was a forested swamp, and below sea level, it was mud flats and pools. This area was sporadically populated during most historical times, but it is well known that the the Volsci, an ancient Italian people and most menacing enemy of Rome, began with minor draining projects in the vicinity of Terracina; their state extended in the area between the area populated by Latins (some of them early inhabitants of the ancient City of Rome) and the Pontine Marshes.

The Appian Way was difficult to keep above water, so the Romans under Augustus constructed a parallel canal to drain the marsh above sea level, which was successfully implemented, and moreover, the drain system produced a new agricultural land of great fertility, important for modern province of Latina even today.

In 1932, Benito Mussolini founded the city of Littoria, today Latina – the capital of the province, right in the middle of the plain; the problem was partly solved under his regime by placing dikes and pumping out that portion of the marsh below sea level, but constant maintenance of the channels is obligatory, otherwise the area would turn into a swamp again.

After the Roman Empire period, special interest in canals, land draining, and water disputes associated to this area in Italy was noticed in the Renaissance when it was the popes, one of the members of the famous Medici family, and even Leonardo da Vinci who worked on the projects aimed at solving the problem.

In the 18th century, Johann Wolfgang Von Goethe, the famous German writer, biologist, theoretical physicist and polymath became so curious about the dewatering attempts that he described one of the scenes of this difficult task in his play with elements of an extended poem – Faust, one the most important German literary works.

In the 19th century, the German patent office sponsored the project of a Prussian officer by the name Fedor Maria Von Donat who tried to solve the problem, especially fighting against malaria. Malaria was the main reason keeping people away from the area and the main obstacle for the expansion of Rome to the south. Reports from the beginning of the 20th century reveal that during the season of malaria, about 80% of people who abode in the area at that time became infected.

The Reclamation - "The Battle of the Swamps"

Fight Against Malaria in Latina, Italy

The Reclamation of the Pontinian Marshes - La Bonifica

Bonfica integrale (1930-1939) was a new initiative against malaria started in 1922. It was implemented in three stages:

During Bonifica idraulica, the scrub forest was cleared, constructed a total of 10,000 miles of checkerboard canals, trenches, dredged rivers, including the process of diking their banks, filling depressions, and constructing pumping stations to change the elevation in the canals where necessary. In 1933, there were 124000 men employed; they lived in overcrowded camps surrounded by wire, the food was bad , wages were low. Poor sanitation and insufficient medical care led to a great number of people infected by malaria, and in 1935 they were all dismissed without notice. During this period, the towns Latina, Sabaudia, Pontinia, Aprilia and Pomezia were built, including rural villages in the surroundings.

Although most of the world sees Benito Mussolini as a negative person, he was greatly appreciated by the Italians who shed their sweat and blood to make progress because he worked with them together (pictures of him with a shovel in his hand can be seen in the museum Piana delle Orme).

During the bonifica agraria, the land was parcelled among settlers and efforts were made to construct homesteads with stone houses and public utilities.

The third stage, bonifica igienica, was aimed at fighting mosquitoes and malaria.

In 1943, the king issued an order for Mussolini's arrest. Malaria had returned to the Agro Pontino. The Germans withheld the medicines, stopped the pumps and opened the dikes, refilling the marsh with brackish water. They flooded the marsh again as an act of biological warfare devastating the population. Both Germans and their allies found themselves fighting the disease in the process. Everything that was accomplished by hard work of thousands and thousands of men was destroyed.

The last of the malaria was conquered in the 1950s, with the aid of DDT, one of the most well-known synthetic insecticides. There’s a duct system running through the dried-out area. The Pontine region, or as the Italians call it, the Agro Pontino is characterized by a wonderful landscape, cultivation of wheat and fruit, wine production, beautiful modern cities marked by both pre-war and post-war architecture.

This account of history related to Latina in Lazio can be seen with your own eyes if you are travelling to one of the best places to visit in Italy – the historical museum and theme-park founded in the 20th century. A journey through the pavilions of this museum is a jouney through 50 years of Italian history! 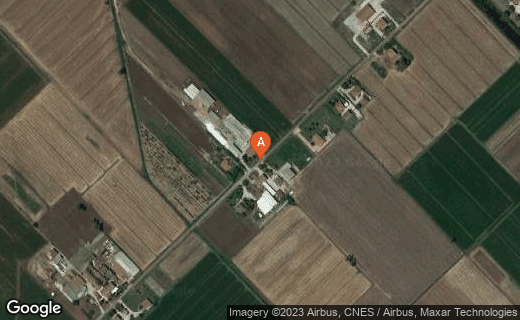 The museum is divided into 14 themed pavilions exhibiting a large collection of vintage toys, planes, tanks, locomotives, wagons, radio, weapons and hundreds of military vehicles, farm tractors, threshers, trams and coaches, tools, and thousands of objects of all types and sizes. It tells the story of the World War II, Traditions and culture of Italian civilization of this period, and depicts the rise of great industrialization.

The museum covers two main areas: the agricultural sector and industry of war.

Translation (Photo No. 1 above):

"In memory of the fallen victims in the battles of

To see tons of great photos of the exhibits described in the article, watch this video:

If you’re planning a trip across Europe, I believe you added Latina in Lazio as one of the best places to visit in Italy! Have a nice journey!

Have you been in Latina, Italy?