In 1826 Joseph Robidoux started a trading post, which he called Blacksnake Hills trading Post in an area controlled by the Sac and Fox tribes. He traded with the Indians and built a trading empire that stretched to the Rocky Mountains.

In 1837 the tribes sold two million acres to the federal government. This led to Missouri becoming a state and the trading post getting a post office. Robidoux hired Simeon Kemper and Frederick Smith to make city designs for him. Kemper presented a plan for the town with parks and wide streets. Robidoux preferred a design by Smith with narrow streets that left more lots he could sell.

The trader named the town St. Joseph, who I assume, would be his patron saint. This was official in 1843.

In every corner of this world they boast of men so bold.

From Captain Blood and Mister Mud to England’s kings of old.

Why, every place I’ve ever been, they think their man’s the best.

But listen while I introduce a bold man from the West.

A thunderbolt bust and then a big cloud of dust

And out rides Cody of the Pony Express.

Totin’ the mail beside him, he knows the trail to guide him,

Cody of the Pony Express.

In the 1960’s I lived in Kansa City, Mo. For about a year. Although I didn’t really get to know the area we did find a few interesting places of historical interest. One of these is St. Joseph, about 30 miles from Kansas City. St. Joseph’s city motto is “Where the Pony Express stated and Jesse James ended.” St. Joseph seems to be sort of a historical hub where a panorama of western history and characters touched bases.

In 1804 Meriwether Lewis and William Clark camped on the banks of the Missouri River near the present day St. Joseph downtown.

The Pony Express: The History and Legacy of America's Most Famous Mail Service
Buy Now

By that time most of the James gang had been killed, wounded or captured after the attempted bank robbery in Northfield, Minnesota. Frank and Jesses wives were getting pressure from their wives to settle down to a more conventional life.  Robert and Charlie Ford were recruited to help him rob a bank. While they were planning the robbery the Ford brothers fired at Jesse while he was hanging a picture in his home. Robert took credit for the killing. To his regret he was charged with murder rather than granted the reward.

In 1860, before the James brothers, the Pony Express was established.

St. Joseph became the launching point and headquarters for the Pony express. It was a short but romantic episode in American history as it lasted on 19 months. Its founders went bankrupt and more modern things like the railroad and telegraph replaced the Pony Express.

When gold was discovered in California St. Joseph also became he last supply stop on the way West. 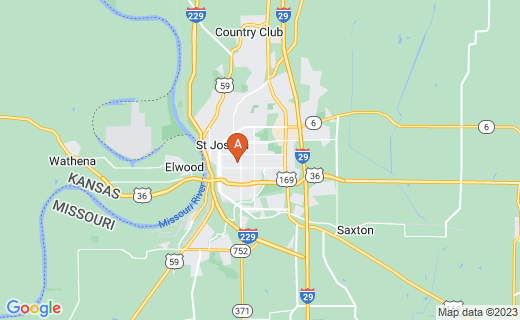