History of Houseboats in Kerala

A freelance writer since 2011 and has been graduated from Indira Gandhi National Open University, Delhi, India

History of Houseboats in Kerala.

Origin: Kerala is blessed with back waters and rich with man-made and natural canals. Vembanad lake covering an area of 200 km and boarded by cities like Ernakulam (Cochin), Alappuzha (earlier it was known as Alleppey) and Kottayam. There was water route from Cochin to Kollam (Earlier it was known as Quilon) which is about 200 km long. Kettuvallams (boats depend on wind and bamboo poles) were used to transport goods in bulk quantity from city to city. It would take 15 days to a full month to complete the journey. These boats were mostly depend on wind. When there is no wind the boatman use long bamboo pols to move the boat. Normally there will be three to four boatman in a boat during the voyage. One stand in the front and the other in the back to push the boat forward. The other two will be preparing food and taking rest. Once the two get tired, the other two take charge and continue the voyage. If there is wind they put up the rig and open the canvas for sailing. This is a temporary arrangement and can be dismantle the same if there is no wind or if the wind is in opposite direction. There was no machine powered boats in that time. This mode of transportation was very cheap and convenient as most of the cities can be reached through canals.

Due to the development in the road and rail transport facilities, these traditional modes of water transportation came to an end. Big size boats were of no use and many employees lost their job as a boatman. Boat repairing men and boat builders were out of work and those who depended on these industries were in fear of losing their job. At this time someone came up with the idea of turning these boats into Houseboats. At first, it was in Alappuzha, the houseboat came into life. It gradually developed and the tourism in Kerala flourished.

Many old boats which were useless once, now transformed into Houseboats. Many boat owners turned their boats into houseboats. Houseboat designers came with new designs like one bedroom, two bedrooms, and three bedrooms houseboats. Also the inside and outside of these houseboats modified to match the five-star hotel rooms to attract foreign tourists. Now it becomes one of the major business in the Alappuzha District. Many travel agents in and outside India earning good commission for promoting these Houseboats. Well trained cooks are getting jobs on these boats for preparing food for guests.

During the course of time it turned out to be a multi-million dollar business and many depend on this business for their livelihood. The rich backwaters, lakes, and canals in Kerala and the beauty of “God's own country” attract many foreign tourists for boating/cruise overnight in the backwaters. 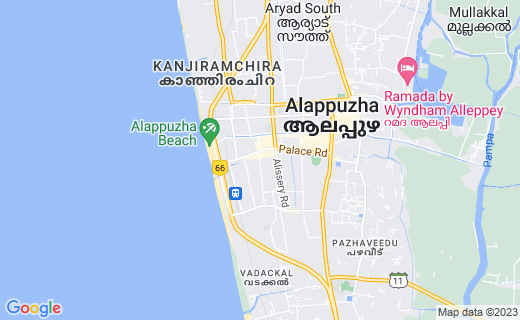