Honeymoon Destinations: The Valley of Fire {no, really - it's a state park in Nevada}

My husband and I recently passed our six-month anniversary, which reminded me of our honeymoon in the Valley of Fire State Park in Overton, Nevada.

We're not the type of couple that does anything in the usual way; so I realize that not everyone would be thrilled with the kind of wedding and honeymoon we arranged for ourselves in much the same spirit as children planning to sail away and become pirates. For us, and for those who love adventure and the outdoors, it was a completely fabulous way to start off a marriage we hope will be full of a lot of the same. Start as you mean to go on, right?

Drive-Through Vegas Wedding on a Harley

Yes, you read that right. Gleefully, we arranged to zoom off on our Harley Davidson motorcycle and get married at a drive-through window in Las Vegas. I thought those were hyperbolic myths, so I assumed my husband was joking when he initially mentioned it as an option. When I found out they were as real as vanilla ice cream - though not as classic, admittedly - the temptation became overwhelming.

Neither of us had any desire to spend much time in Las Vegas itself; it was just the outrageous convenience combined with the sort of swashbuckling romance attached to the idea of a Vegas wedding on a Harley at a drive-through window that appealed to us.

We did stop a few times and wonder if we were really going to do something so non-traditional and - some would say - disrespectful of marriage in general; my husband is from Japan, and once said it was the most American thing he'd ever heard of, and he couldn't believe we were doing such a thing (even though he was the one who brought it up to begin with). I was born in New York, but it was almost as crazy to me. Far from dissuading us, however, it just added to the overall spontaneity and joy for us.

Never has it been less of a headache for a bride to plan a wedding! The chapel itself was quite accommodating, the staff was friendly and helpful, and our overall experience left us without much to complain about. The planning for our honeymoon camping in the desert was far more arduous for both of us - but well worthwhile. 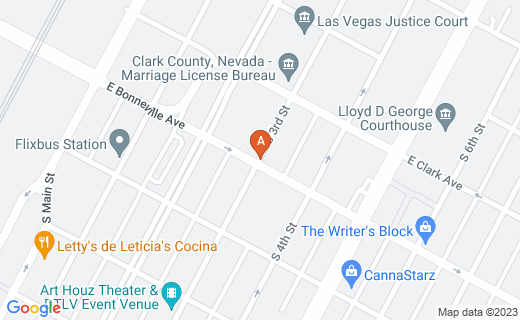 View from the site

When I was looking up nearby wild places to camp for our honeymoon, I found several that seemed appealing. However, once I saw 'The Valley of Fire', I hardly even needed to look at the place itself. Who wouldn't jump at the chance to spend their wedding night in a place called 'Valley of Fire'? I envisioned myself saying that for the rest of my life: "Yes, we got married at a drive-through window in Vegas, and then went straight to the Valley of Fire for our wedding night." Irresistible.

In all seriousness, when I looked up the website and saw several of the breathtaking photographs featured, I knew it was a place everyone should visit at least once. I had never seen such a landscape before, except perhaps in my own visions of science-fiction Martian topography. The desert had never appealed to me, and I did not enjoy Nevada much when I drove across it on my long cross-country journey, but this place looked like nothing on earth.

In a more mundane sense, the facilities at the campsites seemed relatively comfortable as well; we wanted to camp, but we also wanted to take showers. It was still a honeymoon, after all; no one wants to stink on their honeymoon.

This is not a complete list by any means, just to give you an idea of the contrast in conditions when camping in the desert. It's very hot during the day, very cold at night!

Camping in the Desert

I had never spent any time in the desert before this camping trip, so I was sure to read up on it before leaving; particularly in light of the fact that my Northern European heritage has left me with the kind of skin that is convinced it's melting off and disintegrating as soon as it's been exposed to direct sunlight for more than 15 minutes. I have never been able to achieve the golden goddess-like tan most of my friends enjoy, and I have learned to accept it - however, we're all more aware these days of the need to protect our skin from harmful radiation, even if you do have the golden-god bronzing ability I lack. My husband, for instance, does have the ability to tan well, though he generally chooses to cover up anyway.

Whatever your skin tone, if you go camping in the desert, be prepared to protect your skin from the sun. There's not much shade, of course, so it's up to you: either wear long sleeves and pants (preferably loose, to allow air flow), or lather on the sunscreen. Ideally, both; I save the sunscreen for the hottest parts of the day and stay covered for most of it - remember that skin absorbs what you put on it, and sunscreen does contain chemicals. Natural sunscreen is available, but it generally needs more frequent application - and herbal essences are absorbed into the skin as well.

The other vital point to remember is hydration, hydration, HYDRATION. This cannot be overstressed; when you go for a hike, or even just a stroll, be sure you take enough water with you. We brought a Camelbak pack, as well as each carrying smaller water bottles.

Bringing energy-rich, light snacks is also a good idea, but not as vital as the water if you're only going for a short hike or walk.

One thing we vastly enjoyed while we were here in the Valley of Fire was our walk through the canyon that lay just behind our first campsite - we did switch sites after the first night, and both sites provided their own unique delights as far as perspective and view. The convenience to the centrally located bathrooms and shower facilities was about equal throughout the campground. One nice thing about it was that the sites are relatively near each other, yet still quite private.

I mentioned the similarity of this landscape to what I once imagined a Martian landscape to be like, while reading science-fiction or astronomy books as a child. The photos do a far better job than I can of illustrating what I mean by that; nonetheless, I could wax eloquent about the vivid red sandstone and its sculptural, startlingly artistic qualities.

What struck me perhaps the most about the sandstone formations up close was the organic, sinuous shapes they naturally molded into. I grew up on the East Coast, where the rocks are angular, majestic, and quite geometrical. These twisting, turning, graceful, breathtakingly unpredictable shapes were an endless marvel to me.

One of my favorite things was finding caves I could crawl into, or at least windows I could poke my head into and see out the similar window immediately beside it. I don't mean, of course, that I stuck my face stupidly into dark openings that might have been full of scorpions or things with teeth; these formations are often very open to the air, so you can see what you're getting into before you get into it. (Let's not get TOO carried away, after all.)

We make no claims to 'second sight', as it were, but I do feel pretty clever making that pun. George Takei would be proud.

Anyway, we did switch campsites in order to have the fullest experience possible while there. (My husband also objected to the extreme amount of red sand at our first site, and wanted one with less; I'll leave you to decide which was really the main reason for the switch, haha.) Our second campsite was equally stunning, and offered its own unique features that appealed to us and made our stay that much more enjoyable. Should you choose to visit this place, be assured that any site you choose will offer you a wonderful stay.

In conclusion, I'll mention the other *literally* stellar aspect of camping in the desert: the night sky. The sheer number of stars visible took my breath away; we sat in our delightful little camping chairs drinking coffee and staring up at the billion diamonds in various sizes and hues spangling the black velvet of the night, swirled intermittently with navy satin streaks, and talked dreamily about the future, the past, Stanley Kubrick movies, what we should do the next day, which kinds of food we'd choose to bring next time, and how parenting compares and contrasts with patriotism - in short, everything and nothing.

Our society is perpetually plugged in; that obviously includes me, since I'm here writing this on the Internet - so I won't bore anyone with hypocritical condemnations of modern technology I use myself. However, that said, we as humans tend to extremes, and that's a dangerous trait. We should cultivate balance, I believe; times like this, totally unplugged from the virtual world, are necessary and unbelievably restorative.

Sadly, I do not possess the kind of camera or the kind of skill that can do any justice to the night sky, so I will leave you with more startling red rock formations. I heartily recommend the Valley of Fire as a travel destination, whether you're into camping or not - it's only an hour from Vegas, so even city lovers can enjoy its wonders for a day without sacrificing comfort.