Ever talk with a six-foot tall rabbit?

At the Jimmy Stewart Museum, visitors can see and hear about the actor and USAF Generals experience in the film Harvey and many other of the 81 he completed. The museum is located in Mr. Stewart's hometown of Indiana in Western Pennsylvania. Here, the large installation covers an entire upper floor in the town's large library facility and includes a 1930s-era movie theater in which filmed materials are presented.

At the entrance to the museum sits a 6-ft white rabbit on a bar stool at a replica of the corner of Fairfax and 18th from the film Harvey. 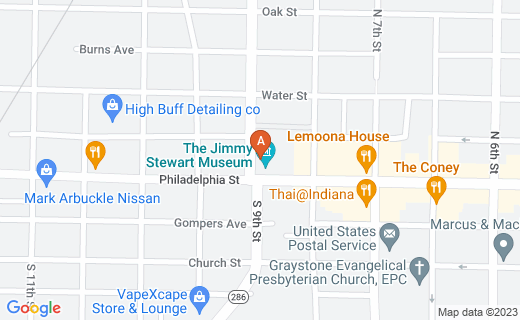 This green event is held in mid-September in the town of Kemptown and planned all year long in Kutztown near the University of Pennsylvania by the Mid-Atlantic Renewable Energy Association. The festival is educational as well as useful and fun, including a 1919 electric car.

Demonstrations include such developments as the solar powered tractor and a Sustainable Fashion Show.

Singles and families can camp at the Kempton Community Center very inexpensively and spend three days exploring how to live green and transform their homes in sustainable living spaces. 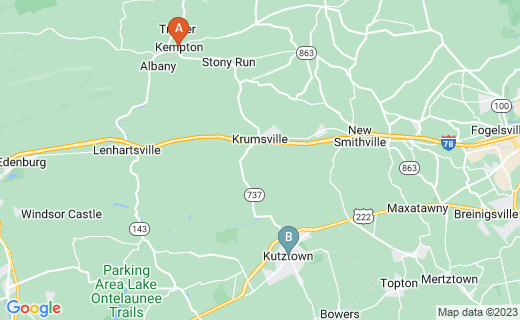 Hello, we've been waiting for you!

Fallingwater is that Wright walked the property for three months daily, letting it all soak into his mind as he looked and thought along his walks.

On the day that the owner was to arrive at noon on to review the blue prints, Wright began work about 9:00 AM and finished at noon. When the owner, department store magnet Edgar J. Kaufmann Sr., entered at noon, Wright said warmly, "Hello, we've been waiting for you."

Kaufmann stores were big in the 1930s, but there were a few in Ohio as late as mid-1960s. Then Kaufmann and Lukoff stores dissolved. However, I have seen Kaufmann ads again, perhaps coming from a newer chain.

The land and the building are peaceful beyond any other place that I have discovered, the house centered on a large rock in the middle of a stream of clear waters. Inside, the windows are soundproofed by a unique design. You can open a door in the living room floor to a flight of stairs that extends down into the river. Rooms are spacious landscaping is beautiful, and no neighbors are nearby, although many have been welcomed into the home and now the reserve, over the decades.

Do visit the link below, because many features have been added in the last decade, including an additional included tour of a second house 7 miles away and a week-long study session for high school students interested in architecture.

"Have you been waiting for me?"

That's the question the evangelist Kathrine Kuhlman used to greet congregants in meetings at the historic First Presbyterian Church in Pittsburgh, at least when one future pastor was present in the pews.

First Presbyterian is one of the oldest Protestant houses of faith west of the Allegheny Mountains.

This was Pastor Benny Hinn as a young man when he waited in cold weather with a friend from Canada in a line outside the church. When the doors opened, they ran into the church as fast as they could to capture seats in the third row back from the stage for the experience of a lifetime. Living in Canada, he returned to her meetings several times in America.

Pastor Hinn was scheduled to meet her one morning before her services, after his own ministry was established, but just a few minutes before the meeting she was whisked to a hospital, where she died. Today, the First Presbyterian Church is a National Historic Landmark well worth visiting for its 18th century architecture. 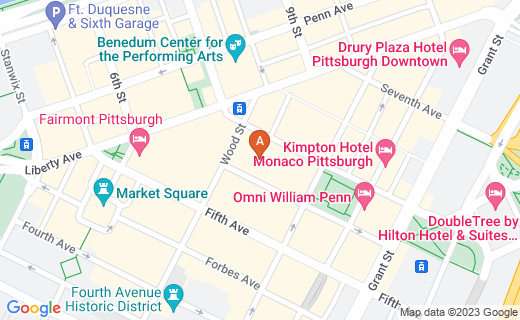 Lancaster County, in Southeast Pennsylvania, is a center for all things "Pennsylvania Dutch." it is also the setting for mystery novels.

Tamar Myers is an interesting mystery writer that was raised in Egypt by missionary parents before coming home to America. She is of both Mennonite and Amish heritage. Her gems are the Penn Dutch Inn Mysteries and the Den of Antiquity antique shop mystery novels. I like them both for fun because of their wit and humor as well as puzzling plots in fresh venues.

Miss Yoder is a Mennonite amateur detective and owner of the Penn Dutch Inn in Eastern Pennsylvania among a lush crop of farmlands and bed and breakfasts. her older Amish cousin works in the inn and lives on a farm adjoining the property and conflict ensues between the cultures of the two world views as they meet in the inn.

The surrounding area of SE Pennsylvania is full of Amish and Mennonite communities as well as Early American History, shops, festivals, and enough to fill several vacations.

The Point: Location of Fort Pitt

The Point covers 36 acres as a National Historic Landmark in Allegheny County. As such, it is the only large public park in Downtown Pittsburgh. It has been under renovation, but still open to the public.

The park sits at the juncture of three rivers and is the centerpiece for the expanding Three Rivers Park. An urban archaeological excavation is being preceded by examining valuable portions of the historic Fort Pitt.

A variety of outdoor recreational activities, including kayaking and dragon boating, are already available at the park, along with bikes and skating. As the park expands, event venues will be added. Marinas, boat docks, restaurants, hiking trails all the way to Cumberland, and other features are underway or finished. Additional plans are ongoing, so whenever you go, you will see something new.

Soon, you will be able to bike from Pittsburgh all the way to Washington D.C. on the Great Allegheny Passage. 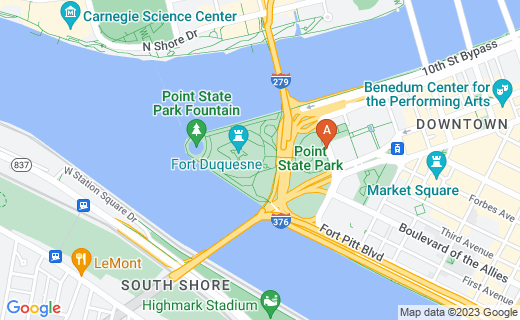 The owner, Denny, began selling 1.5-pound burgers back in 1990 and soon instituted an eating contest with the promise of paying for the customer's meal if he or she could finish the burger. The only catch was that the burgers became increasingly bigger with the years. The largest burger ever served in a single meal to one person is a 9-pound hamburger on a bun with trimmings, and it took over three hours to eat (by a female college student).

A 15-pounder feeds two people, but that takes a long time as well. Only one person has been able to eat one of these all by himself, back around Halloween of 2008. This was right about the time that the Pennsylvania Beef Council names Denny's place the winner of the state's 2008 Beef Backer Contest.

The burgers larger than 2 pounds need an advanced reservation, because they take several hours to cook.

The World Tavern Poker Association began play in the Pub on Wednesday nights in 2009. Visit the home page: Denny's Beer Belly Buster. This is not your run of the mill tavern.

Take the CF Martin Guitar Factory Tour in Nazareth, Pennsylvania at 510 Sycamore Street during regular business hours Monday through Friday. The company is world renowned and for its coveted high quality products since the early 1820s in Germany.

This free 1-hour tour for families and individuals shows you the 300 steps that it takes to craft a fine instrument. Tour guides also present old world tools used historically, compared to the newest technologies used today. You see rough-cut lumber turn into a Martin Guitar before you leave. Groups can make reservations by calling 610-759-2837or emailing guestrelations@martinguitar.com.

Founded in 1833, the Martin Company offers a custom shop where you can design your own instrument.

In Downtown Pittsburgh at 117 Sandusky Street, this famous museum is dedicated to bringing art to the community and artistic opportunities to diverse artists. Well funded and supported by Carnegie and the Warhol Foundation, the museum holds permanent collections (with 12,000 pieces) and visiting collections year 'round.

One interesting temporary exhibit includes the work of 100 individuals in capturing their own interpretation of Darth Vader. Most interestingly, the museum holds a total of 273 Warhol films as well.

A museum store and cafe are also available and admission prices are reasonable. Call (412) 237-8300 for more information.

In the future everybody will be world-famous for 15 minutes.

DelGrosso is located in the Allegheny Mountains, where Fred DelGrosso purchased an old park and developed his gourmet spaghetti sauce on the grounds. today it can compete with amusement parks anywhere in the country with its rides and attractions. Every year, the Annual Native American Pow Wow and Dance Competition is held at the park a a weekend in mid-July.

Aside form special events, the park features Spaghetti Wednesdays weekly, with a different specialty of the week at reasonable meal prices.

Visit the website at DelGrosso Amusement Park. Summer employment is available every year, so apply as early in the year as possible. 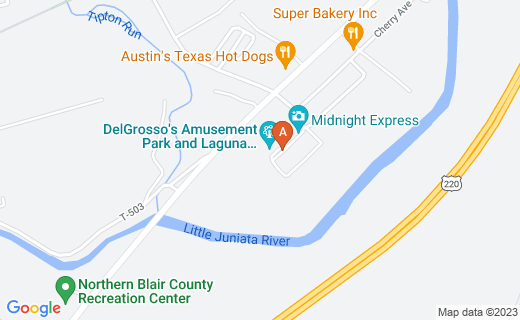