How Safe is it to Vacation in Puerto Rico?

Island life lends itself to two occurrences: drug trade and open trust. They seem like opposite ideas but they coexist, nonetheless. Like all Caribbean islands, Puerto Rico is a pitstop for drug traffickers en route to or from South America to the USA, but you won't see this in the tourist areas. The main source of crime that any visitor needs to worry about in Puerto Rico is not violent offenders or drug traffickers but rather petty theft from an opportunist but this can happen anywhere on the planet. Common sense significantly reduces the possibility of the tourist being mugged in Puerto Rico. But, when paired with common sense, Puerto Rico is safe, compared to other locations of the world - like Chicago, the murder capital of the USA. 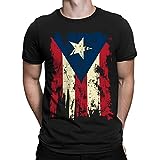 Is It Safe To Vacation In Puerto Rico?

Are single women or gay travelers safe from being targeted?

Single women should exercise the same safety precautions as normally would be taken at night, though it is not more inherently dangerous in Puerto Rico for a woman than in anywhere else. There are gay friendly restaurants and areas near Ocean Beach.

Do I Need To Prepare With Vaccinations or Purchase Antacid Pills for The Food?

At the time of this writing, there are no health warnings or suggested injections. Since the food is not spicey, your stomach should handle the cuisine just fine. The food fare in Puerto Rico is similar to the cuisine you would find in Mexico, Spain, and Cuba.

All forms of transportation are safe and available including car rentals, taxis, and buses.

It's perfectly safe to travel to the small towns in Puerto Rico. In fact, the smaller towns tend to be quite crime-free. The only word of caution is that you will want to stick with the main highways and not the side roads. The side roads aren't always kept up and could leave you a bit isolated, if you have car trouble. However, having said that, the cell reception is excellent, in the event that does happen.

Most everyone who visits enjoys swimming in Puerto Rico. However, there are some safety concerns to take into account to keep it a safe swimming experience.

Be sensible about your travel and you should find your vacation a relatively peaceful and safe adventure:

If You Have An Emergency

Just as in the mainland of the United States, the emergency phone number is 9-1-1.

It's Safe To Visit Puerto Rico - When You Know Where To Go!

I would like to go to Puerto Rico one day.