The Cheap Guide to the Big Apple for Tourists and Locals - Plus, A Bonus NYC Quiz!

If you think there's no such thing as an inexpensive trip to New York City, think again.

In addition to the TKTS booth in Times Square which sells Broadway and Off-Broadway tickets for up to 50% off (plus about $4 service charge), certain shows have lotteries. For example, for an 8PM show, if you show up at the theater by 5:30PM, you can put your name in a hat, wait till 6:00PM, and if they pick your name (usually about 20 names are picked), you can buy a ticket for approximately $20 - $35 (sometimes in the front row)! Availability and rules for these lotteries vary widely from show to show, so check individual shows' websites for details.

Yes, it's true that most standup comedy clubs, while entertaining and definitely recommended, do tend to be pricey after figuring in admission, drink minimums, tax and tip. For an equally, if not more, hilarious evening, there are scores of improvisational comedy troupes performing regularly. Made popular by such TV shows as "Who's Line Is It Anyway" and "Thank God You're Here", improvisation, or improv, is the riveting art of making up scenes, stories, and even songs and full musicals completely on the spot, using suggestions called out by the audience. But don't worry if you're shy-no one will heckle you. Audience participation is strongly encouraged, but never mandatory. Spend a night alternatively cracking up and wondering how these talented actors do it for about $10-$20.

The Staten Island Ferry is absolutely free and absolutely fun. There is nothing like standing in the breeze, gliding along the water of the Hudson River, watching the NY skyline shrink behind you, or approaching the striking figure of the Statue of Liberty (not right next to her but close enough for a great view).

Another wonderful day can be had for free at any of our huge Barnes and Noble bookstores. There are myriads of nooks and crannies where you can settle in at a table or even cross-legged on the floor, reading any of the endless books for hours on end without ever having anyone bother you or pressure you to buy anything. If you do need help, though, the staff will be happy to do so.

Especially in nice weather, the South Street Seaport is beautiful, vibrant, and scenic. There are many stores, but you needn't spend a penny to stroll along the cobblestoned streets, gaze out at the water, or have a seat and view the harbor and lower NY skyline.

The Roosevelt Island Tram costs only $2.00 each way and takes you on a sky-high ride over the East River from Manhattan to Roosevelt Island, a lesser-known part of Queens. Of course, you can spend 100 times that for a helicopter ride...it's the same sky.

For those who have a fascination with new technology, the perfect stop is at one of the Apple Stores. Here you can sample every IPod, IPad, Laptop, Mac, and who knows what else, in a very relaxed setting. Again, nobody will interrogate you or pressure you. And again, the staff at Apple will be happy to explain everything and anything, and never make you feel stupid. It's a great way to figure out which items are right for you, and a great way to have a fun day of discovery-all absolutely free.

Want to live in the lap of luxury for nothing at all? Visit any of the many upscale hotels all around the city - from the well-known landmarks to the small boutique properties. At many, if not most, you can simply enter the lobby, walk around, have a seat, and take it all in - without opening your wallet.

You can also stop by the Time Warner Center. More than merely a mall, it is an architectural showplace with rotating art/photography/sculpture displays, a gigantic stunning glass wall looking out over Columbus Circle, and a cool suspended walkway above the main floor which makes you feel like you're floating. The charge, if you don't buy anything in the stores? Nothing.

If you're more of a hiker than a shopper, try walking across the Brooklyn Bridge. It's a gorgeous landmark, and the view from the bridge is just breathtaking. Oh, and it's free.

For a real "splurge" of $8 per adult (less for seniors and children), why not go to the Central Park Zoo? Much more centrally located and easily navigable than the Bronx or other local zoos, this one has, among other fun animals, the scene-stealing Polar Bears-a huge draw for children and adults alike.

Wanna spend tons of dough? I'm not gonna stop you. But if you want to live it up while keeping the spending down, come to the perfect place-New York City.

See How Much You Know About New York City! 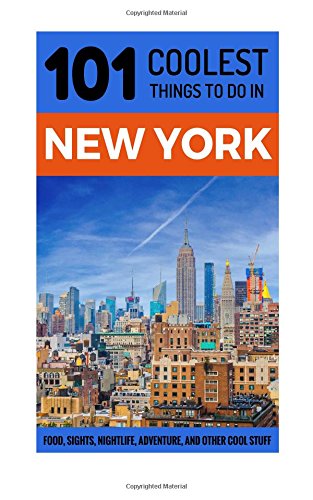