How to Get Ready for a Caving Trip

Caving is a unique type of activity requiring physical coordination, relaxation when in cramped quarters and at least three partners to go along - for safety's sake. When caving, safety is paramount. Use a helmet with a head lamp and make sure you empty your bowels before you begin! Having three other people with you ensures, that should you be hurt, one person can stay with you, while the other two go for help. If caving is a new activity, joining an organized group, such as those through Meet Up, can ease the transition from newbie to veteran caver.

Some caves are large caverns, meaning you can just stroll through them. Some are not. When we refer to caving in this article, also known as spelunking, we are referring to navigation of tight openings that may or may not lead to larger openings inside the Earth. In caving, the experience is generally in small spaces. If you have any kind of claustrophobia, you will want to practice with a device known as a squeeze box. Use the squeeze box to practice crawling and sliding through it, to see if you will be comfortable with the experience. A cramped cave is no place to hyperventilate from claustrophobia! 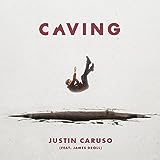 A Little History On Caving

Caving, also known as potholing in Europe, caving as an organized activity has been around since the late 1800's, with cavers maintaining great respect for the caving systems. As countries became more industrialized, most caves were discovered in modern countries. In the United States, the National Speleological Society was formed in 1941, for the study, exploration, and mapping of caves.

Depending on the climate of the cave, the attire called for ranges from jeans, to coveralls, to wetsuits. Clothes should not impede the navigation of restricted crawlspaces. Many times, cavers use gloves to protect the cave itself from human contact, since the oils in the palms of human hands can damage some cave interiors and rock formations. Knee pads and elbow pads are needed in caves requiring a fair amount of crawling.

On occasion, some creatures may be found when caving. The more common animal is the bat and flash can affect bats negatively. Therefore, taking photos with flash is very much discouraged. In Southern climates, snakes can frequent caves. In Northern climates, snakes are generally only found near the entrance ways and, even then, infrequently. Depending upon where you cave, you might also run across crickets, salamanders, spiders, centipedes and scorpions. Because some of these creatures are endangered, take care to leave them alone - for your safety and for theirs. Take care to avoid inhaling guano (bat dung) because of it's potentially harmful effect on the human respiratory system.

Cavers, on the whole, are usually quite respectful of the cave and of it's inhabitants. It's another sport that places a high value on nature and the human effect upon it.

Have You Been Caving Before?

Check Out These Sites For More Info

Did You Find This Article "How To Get Ready For a Caving Trip" Helpful?