How to Overcome Fear Of Flying 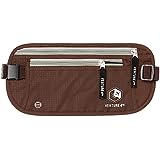 How to Overcome Fear Of Flying

Many people are surprised when I say I'm afraid of flying. The aircraft is the means of transport that I dislike the most, but I was not born with this fear: a few years ago, I loved taking planes. Orson Welles said that there are only two emotions on a plane: boredom and terror. I felt none, for me, flying seemed fun and not generated me any insecurities. It began to like me less when I realized that in the plane I missed the best part of traveling: the change of scenery. I valued more to go slow by land and water and began to see the flights as something unnatural (ocked up thousands of meters high), but I was not afraid. Three years ago, when I returned from Spain, I went through a nasty turbulence. There were thunderstorms for forty minutes. The plane shook so much, plus the vomiting people and the zero visibility made me thought it was going to crash and goodbye cruel world. My seatmate grabbed my hand, she was crying, I closed my eyes and when we finally landed, I was in shock but happy to be alive.

Since that day I get very nervous when I'm on a plane and try to avoid them as possible. A year and a few months later I flew from Peru to Spain, and luckily my seatmate was a woman who chatted with me the whole trip, she grabbed my hand and helped me to distract myself. A few months later I flew to Iceland, although the aircraft took off with storm and there were quite turbulent and I also panicked. A year later I flew to Croatia and the entire flight had a hard time, weeks ago I flew to London and thought every little movement: I thought we were going to crash... I find it very uncomfortable feeling these things and go through so much stress, yet it is uncontrollable. The fears are irrational and negative imagination is boundless. The phobia also tend to get me when I'm sitting in the plane, with a seat belt, about to take off. At that time I think, "Why am I here again? I want to get out ". Every movement scares me, air shafts desperate me and the only thing I think about is getting to land as quickly as possible to avoid having to get on an airplane ever again in my life.

Do you have a fear of flying?

A few weeks ago, the scariest flight, I was back from France, it made a stopover in Madrid -in the mind of the phobic, two takeoffs and two landings- and I do not know how I would do to withstand many hours stuck in there, locked up with the machinations of my head. Some people told me to take sleeping pills, and I thought, but I never took any of this pills and I was afraid to be heavily sedated and unable to get up. They also told me to take a glass of wine, but I was afraid that generate the opposite effect and instead of relaxing me get me paranoid again. I wanted to get on the plane and get out as soon as posible, but I did not like the options to do that. To make you understand: what scares me is not flying, I'm afraid of falling and be aware that I will die within minutes. That's my real phobia: know that I will die and I can not do anything about it. Im not even specifically afraid of death, but to the fact of knowing I will die some minutes later.

But the flight back to my home was not as bad as I thought. On the contrary, I could even say that, after three years, my fear diminished enough. I guess I'm not the only one with these fears-more than a quarter of the population has a fear of flying, so I share some of the techniques I used and continue to use to go slowly overcoming fear of flying.

A few weeks before flying to London, with some nerves and insomnia, I looked for information about the fear of flying. I was so keen to get to London but so scare of taking that plane, my head looked like a boxing ring, "Oh, I want to be in those English libraries", "Yes, first make sure the entire plane arrives," " I can not wait to sit down and read in Waterstones, "" well, if you lose the flight because you fell asleep would not be so terrible, "" books, stationery, red buses "," turbulence turbulence turbulence ". I wanted to overcoming it at once. Google, which sometimes should be received from psychologist, referred me to a website that helped me a lot: it's called Flying without fear and is a free online course to overcome the fear of flying.

The first thing it said was "this is not a course to read hastily," I think I read it almost all between that night and the next morning. If you are afraid of flying or want to know more about the operation of the aircraft and the steps of a flight , I recommend it a lot. The texts, reflections and videos helped me down several myths that had stuck in my head: for example, I thought a plane could with damaged engines in mid-air would fell right to the land (I did not thought of that, in that case, the wings serve to plan), nor I was aware that the land transport also have turbulence, I didn't knew that the planes are ready to withstand far more turbulence of which it occurs naturally and can even cross hurricanes.

I traveled to London a little quieter, but not quite. Statistics say that the planes are the safest means of transport in the world, and it is true, because every year take off millions and there are very few accidents. But when an accident occurs is often terrible, and the media only shows us that. However, although it is very unlikely to have an air accident, in my head, I still think it is the lottery of life.

2. Breathing Exercises During the Flight

One can read any text on internet and feeling calmer, but the moment of truth is when you are wearing the seat belts and take off. That's when I do breathing exercises. I close my eyes, I concentrate on my inhalations and exhalations and try not to think about something else while the plane is taking off and shaken up a bit. This helps me to calm down and not think so much, because there is nothing worse than to panic in that enclosed space.

My first Choice Of Distraction! 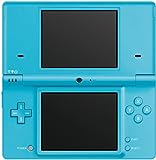 In my experience, there is nothing better than being distracted during the flight. Since I did not sleep much on airplanes, I try to take all the toys to keep me entertained: books, magazines, movies on the computer, music, ebooks. If I see that the aircraft has little screen in the seat I do a little dance of happiness. In general I usually get lucky and get very talkative seat mates that make me change my focus from "we will all die" to "Tell me, I want to know everything about you."

On the flight from France. I got up to go to the bathroom and my seatmate wanted to go too. after we left our seats the food carts blocked the hallways so we had to wait a long time to sit back, then talked of life for forty minutes in front of the bathrooms. When we returned, the wife od my seatmate had taken our seats as a bed, and I was much calmer than on takeoff.

4. I try to remember what it was like to not be afraid

In a very long flight, distractions might not be enough or you probably need a bit of rest of the screen. Also, if there is much turbulence you will feel the same, even if you are watching a movie. If I see that fear is returning, I start to think about what it was like not to be afraid to fly. Before I boarded a plane without thinking that it could fall, and indeed the chances of something happening to me were the same. How did I flew 33 hours from Asia to Argentina? I got bored a lot, but I was not afraid, I remember, then I try to return to that state of mind pre-traumatic turbulence. If I'm so scared, I look at the rest of the passengers and the flight attendants: if their faces looks relaxed, I realize that I'm exaggerating again and calm myself down.

5. Try Not to Sit Close to Windows

The person with fear of flying will remain vigilant, like looking out the window to check whether or if the motor is running or if the wings "are in place." The more we monitor something we can not control, the more it will increase our level of anxiety. It is advisable to replace the vigilant conduct with distractions like talking with others or doing crossword puzzles. Remember, distract yourself!

Choose lightweight, comfortable clothing that allows you to move freely and not hinder blood circulation. It is also good to get up occasionally if the flight is very long, to move a little your arms and legs. 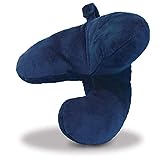