Hotels - How to Tip During Your Hotel Stay

Travel is exciting and fun. Meeting new people, seeing new sights, doing new things. The adventures are simply never ending. In my lifetime, I have been fortunate to have traveled to 3 continents, stayed at great hotels including a few five star hotels and yet I have never been formally trained on how to appropriately tip during my stays. During one of my moves,I worked at a hotel for 7 months. After having been in management for decades, I learned allot about the service industry.

The subject of gratuities may appear dry and boring but since it is an important subject, I have spiced it up a bit with three famous movies. Can you guess which three?

Let me share with you these exceptional movies along with some important insights about the service industry and how we can become a savvy traveler and tip appropriately and set the stage for great service for your next hotel stay.

European hotels are different than American hotels, in one vary important fashion - gratuities. When traveling beyond the borders of the United States, ask what is customary for their country. The rule "When in Rome do as the Romans do" may sound trite but is very true. It is critical to be a courteous traveler and not an "ugly American." Other examples of "no tipping expected" policies exist among some cruise ships. When booking a cruise, do ask the policy of the particular ship you are taking - each one varies.

Vary Your Gratuity or Tip Dependent Upon the Level of Service

The only way gratuities work and are supposed to work is if the tip varies. Gratuities must vary by the level of service provided. Everyday requests such as directions (given verbally) or restaurant recommendations, no tipping is deemed necessary. If a map is given to you, if the front desk agent or concierge arranges the reservation or event tickets, a tip of $2-$5 is recommended. If exceptional service such as obtaining highly sought after tickets or dinner reservations at a trendy restaurant, a tip of $10-$20 might be more appropriate.

First rule is very simple, service personnel in the United States live on their tips.

"Not to tip" is a sign of very poor manners and undermines the basic operations of this industry - service.

Gratuities or tips are an important tool in the service industry as it is a method for reward - it is truly the ultimate merit system.

As a savvy consumer, savvy traveler, we must recognize the service industry does not pay a living wage - tips are the mainstay of most jobs in the hotel/hospitality/service industry. This is a critical point to fully understand.

Knowing how and when and what to tip is a necessary skill for a savvy traveler.

Understanding why you are tipping and the fact that this is method that these people are making a living is important.

While the level of service determined whether or not a tip is warranted, in general, in the hospitality industry, these positions are eligible for tipping:

Who Must Know How to Tip?

Who must know how to tip? Everyone. Men, females and children alike. If you watched any of the Home Alone movies, you will have noted that Kevin played by MacCaulay Culkin is savvy traveler and even knows to tip to the bellhop. I don't know IF that is really indicative of children today but it is a world away from the 1960 movie with Jerry Lewis where he played the bumbling bellhop in the movie aptly named The Bellboy .

Women too must know the proper tipping rules. Women - while you may always travel with your husband, there are business trips and many instances during your vacation where you are making travel arrangements when your spouse is not around.

Who Should Be Tipped?

Tipping is a method of payment for services. On a general basis, if the service is outstanding, there should be an appropriate reward. Some items are simply part of the job and no tip is deemed necessary. The level of service varies from job to job. While the need varies, the type of job that demands a tip is very simple - all personal services in the hospitality industry.

Remembering you are buying service and it is your duty to pay full price for that service. Tipping is the industry's way of assuring continued good or great service.

The blurred lines for the hospitality industry have only occurred with the advent of the fast food restaurants - simple, quick and fast is the standard of service - no tipping is required.

The key item to remember is the industry has set the wages so that tipping is intended to be a substantial part of that worker's pay.

This is an important part of world commerce and a key element that ensures a high standard of excellence for this service industry.

The names change but the service is the same, the person helping you with your luggage. Called by various names such as bellhop, bellboy, bell captain and even baggage porter.

The etymology of the term bellhop or bellboy is said to be originated with a ship's bell-ringer. I imagine with the advent of overnight lodging the career transitions provided a new level of service, helping with finding rooms and transporting guests luggage. Ship travel went away, was replaced by the airplane and the hotel's service needs grew.

For a little levity check out the humorous videos on bellhops.

The Bellboy with Jerry Lewis - Acting Directing and Producing

Side Note About the Movie The Bell Boy

Speaking of bell boys, perhaps the most famous one of all for us American baby boomers was Jerry Lewis.  Jerry Lewis starred, directed and produced The Bell Boy under the Paramount Label.  While I never saw this show, of course, I knew Jerry Lewis.  A little back story about Jerry Lewis and the production of The Bell Boy.

What is fascinating and is a tribute to Jerry Lewis' genius in creativity during the filming of The Bell Boy is in addition to Jerry Lewis' acting and directing responsibilities, he also invented the very first "video assist" - a method to see the scene through the eyes of the audience.

The video assist was needed because Jerry starred and directed in this film. Jerry came up with the idea of using a video monitor to view the scene immediately.

Mr. Lewis holds a patent for this invention.

How to Tip a Hotel / Motel Maid / Chambermaid

Gratuity Guidelines on How to Tip a Hotel Maid

Formerly called the "chamber maid" probably from the estates of Great Britain and maids maintaining chambers. Maids perform a valuable service and much like housewives, their job is hard and under appreciated. A couple of do's to help you appropriately show your appreciation for a job well done:

The Tipping Controversy for Maids

Sadly, there is a lack of consistency for tipping maids in America. Many think that tipping a maid doesn't make sense, you are "paying for a clean room". Yet, if anyone who has ever done cleaning knows, cleaning can look good but not be clean. Sadly we don't tip a maid because IF the service is done well the service is simply not seen, "out of sight - out of mind" but that should not be our standard. Tipping cleaning staff in the hospitality industry, recognizing their hard work is really a necessity for a savvy traveler.

Maid in Manhattan is perhaps the most delightful presentation of hotel maids. In the movie released in 2008, a dashing politician Christopher Marshall (Ralph Fiennes) mistakes a lovely hotel maid for an influential socialite, the lovely hotel maid is played by Jennifer Lopez.who plays Marisa Ventura in the movie.

Sadly this great little movie did not fair as well as other movies by director Wayne Wang who you probably know for his huge hit with The Joy Luck Club. Maid in Manhattan is a delightful movie and includes some brilliant one liners and a superb supporting cast.

In the hospitality industry most of the staff members are earning their living based upon tips. On a general basis, the follow positions are already paid a living wage and tips are not generally expected:

All of these exceptions are general in nature. If the staff member of the hotel provided extra amenities such as towels or ice, ect.... then a tip would be appropriate.

Guides to Tips and Gratuities 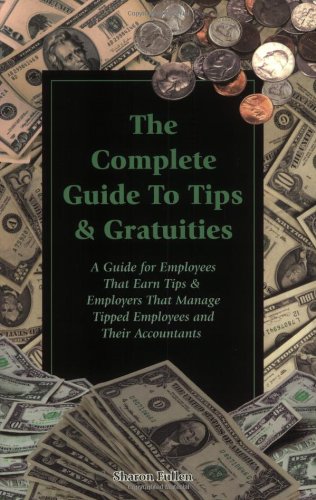 The Complete Guide to Tips & Gratuities: A Guide for Employees Who Earn Tips & Employers Who Manage Tipped Employees and Their Accountants
Buy Now

The general guidelines given above are only for the United States.  When traveling to foreign countries, ask about the policies and proper etiquette for tipping.

Take Our Poll About Tipping Maids