Gabriel lives with her family on the Island of Madeira, where a warm climate provides the perfect environment to enjoy the outdoor life.

I wake to the birds singing and the waves crashing on the rocky shore. I don't look at my watch; I never do. I am oblivious to time. I am... hell!... going on a hike with friends this morning. My usual serene self leaps from the bed (to the shrill ringing of my doorbell) and skids into the shower; 2 secs later I fall out of it. The door buzzes as I hop about on one foot desperately trying to tie my boot lace and get dressed at the same time.

Let me take you back a couple of days to Sunday. A glorious sunny afternoon. The BBQ, the booze and the friends... wonderful. That was until my very limber friends started talking about going on a hike.

Now normal code of practice, I only ever tell other people to take a hike. Long story to short version. Yours truly with best friends gin and tonic's encouragement opt for a leisurely hike (one that dost not walk) along the Islands peninsula (Sao Lourenço) the following Thursday.

The hike being about 9km (3 hour walk) over uneven terrain and hundreds of steps. Well me, my ice and lemon were feeling on top of the world. While my pals snickered into their pina coladas, I was dreaming of conquering the summit (whatever that is). Well ya have to start somewhere.

Swiftly back to Thursday and glad to say fully dressed, sitting in the front seat of my friend Johnny's jeep hurtling along like a bat out of hell. I ignore the rude comments about my walking abilities, my shinny boots and whether I'd brought toilet roll: Whatever for?

The last comment it has to be said had me breaking out in a cold sweat.

I am glad to say having began the walk with an earnest swing in my step my fitness level continued to surprised me. I didn't even need to be air lifted outta there. I declined the offer of a walking stick (HELLO! I'm like thirty something) unlike some of the other poor old folk. I saw a couple of 'em that needed two walking sticks. Shame. I admire their spirit though, and I guess those sticks helped too. A fair few oldies passed me. Mind you I was taking my time and drinking in the ambience.

The walk was exhilarating. The scenery breathtaking. Once I got the hang of taking photos without rolling down the cliff, there was no stopping me. Needless to say Jeremy Beadle has competition, and everyone else has seen all 101 photos three times already, which is why I decided to show you my pictures.

Must have internal framed backpacking attire for the keenest of hikers, great for camping and mountaineering too... 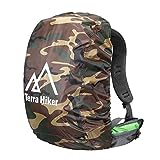 Burnt rocks from lava spills dating back to the origins of the Island are quite the discovery here on the peninsula. Amber, orange and blood red stripes of amazing shades ripple through the giant rocks. Rivers of heated molten from hundreds of years have left their mark clearly etched among the cliffs.

A painting by nature herself. I can see the ocean from both sides of the Isle and the rugged coastline along the north. I can't stop thinking what it must have been like to be a sailor all those years ago. Exploring the unknown seas and landing here in the crystal waters of Madeira. Searching among the volcanic rocks in anticipation of the possibility of hidden secrets and delightful treasures.

This particular area of the Island is very different to the lush terrain I know so well. I am delighted to find sporadic bunches of little wild flowers clinging to the cliff and unusually cactus plants with orange and yellow blooms. The bird life is a fury of activity; offering interest to bird watchers.

Little paths snake into the mountain and I wonder how many people in bygone years travelled that very same way and where they might of ended up. The clear ocean waters have licked between the grey boulders exposing sandy patches of un-spoilt beach. The constant erosion along the coastline has created wonderful caves and crannies worthy of exploration. The rugged beauty is quite spell binding. I feel as if time is standing still. I feel a song in my heart and laugh as I realise I am humming.

''My boots are made for walking.''

Finally I reached the bottom of the summit. At this point I was feeling fairly chuffed and relaxed. Surrounded by beautiful scenery. The earth glowed red in the morning sunshine. I began to climb. The craggy rocks provided much needed foot holes to ascend to the top. I knew this climb would be a challenge, but I had to see the other side. Already I could see the surrounding sister Isles; Porto Santo and The Desertas.

I was in a world of my own. My thoughts numb of everything else other than the natural beauty around me; untouched; unspoiled; waiting for me. The earth was lose and sandy in places making it difficult to move with any speed. With great care I gingerly made it to the top. I stood. I looked. I listened. Heaven really could be a place on earth.

Standing tall, I gazed across to the old lighthouse. I was on top of the summit. The birds flew beneath me; the clouds hung in a thin mist. The other side of the summit cascaded into a mound of molten rock and natural pools.

The peace and calmness felt thick in the salty air. I felt sure if I reached out I could touch it. Had I caught the hiker bug? I looked down at my shinny boots and smiled. Time to hail a taxi ...

A serious look at breathtaking Levada walks on Madeira....